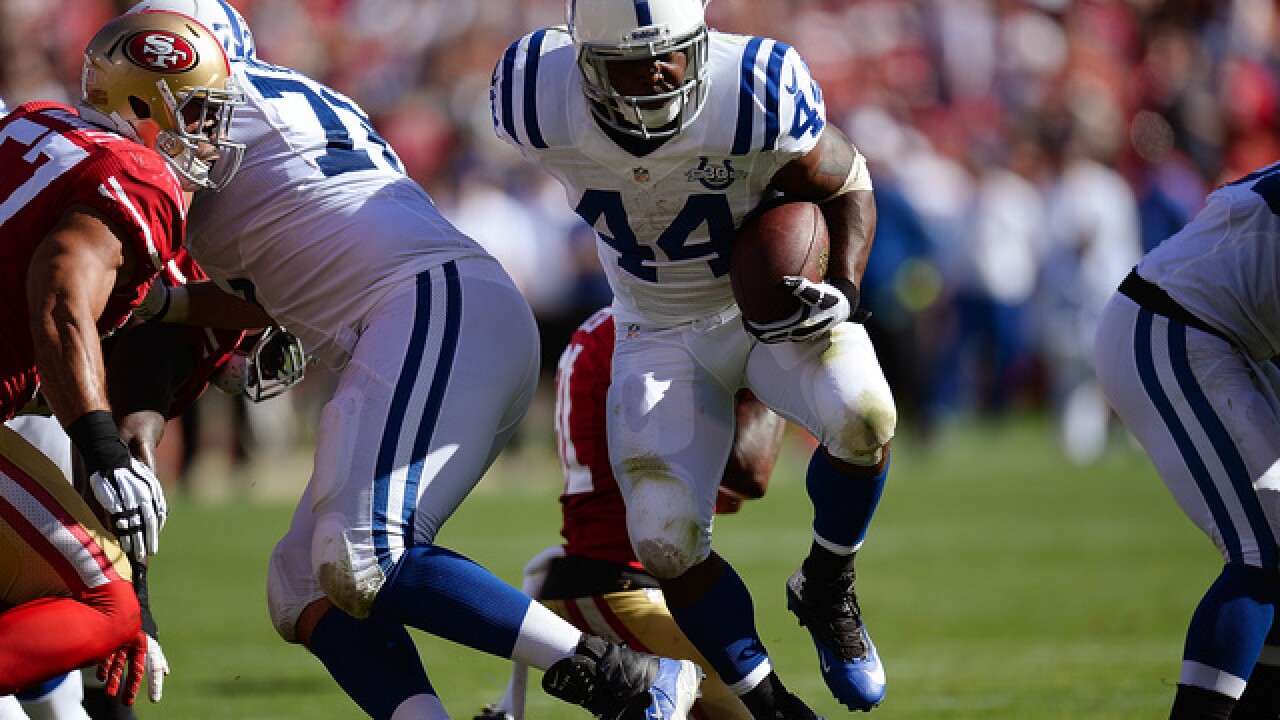 But the offensive woes that have kept the 49ers winless through five games are still there; at times, they were so glaring that even coach Kyle Shanahan couldn’t sugarcoat them following a 26-23 overtime loss.

“You’ve got to have success to get the confidence,” Shanahan said. “That was very frustrating throughout the game — we had a number of opportunities.”

And, as usual, they blew those chances.

The most promising sight was seeing Brian Hoyer go 29 of 46 for 353 yards with two TD passes and no interceptions.

Otherwise, the 49ers didn’t do much.

After scoring a touchdown in one of its first four games, San Francisco went nearly 3½ quarters without another against the Colts (2-3).

The big scoring barrage came courtesy of a 6-yard shovel pass to Kyle Juszczyk and a 5-yard catch George Kittle made on fourth-and-goal and required his wrestling to barely crack the goal line.

San Francisco has now lost four straight games by three or fewer points, becoming the first team to achieve that dubious feat since the 1994 Houston Oilers. The 49ers were 4 of 14 on third downs, rushed 22 times for 66 yards and couldn’t cross midfield in overtime. Carlos Hyde logged eight carries for 11 yards.

The Colts’ offense didn’t do much either.

They got touchdown runs from Marlon Mack and Jacoby Brissett to take a 23-9 lead early in the fourth quarter, let that lead slip away and then watched Brissett get picked off at the goal line in overtime.

The difference was that when Brissett got another chance, he delivered by positioning Adam Vinatieri for a 51-yard field goal to win it.

“We found a way in overtime,” Colts coach Chuck Pagano said. “We’ll take it right now any way we can. But you’re exactly right. You’re up 14 in the fourth, you’ve got to find a way (to finish).”

Here are some other observations from Sunday:

Vinatieri’s fourth field goal of the day sent him past Gary Anderson (538) into second on the NFL’s all-time list. It was only one part of his milestone day. He tied George Blanda (639) for third in most field goal attempts, tied Jason Hanson (327) for No. 5 on the NFL list for games played, and made the 10th overtime field goal of his career — an NFL record.

And he did it in front of a crowd that included many of his former Super Bowl-winning teammates from 2006, including Peyton Manning.

49ers receiver Pierre Garcon and Colts running back Frank Gore both got a rare chance to face the teams that drafted them. Both played pretty well.

Garcon caught eight passes for 84 yards, while Gore, the 49ers’ career rushing leader, finished with 14 carries for 48 yards and three catches for 38 yards.

Perhaps the Colts should take another look at their special teams’ gadget plays.

Two years after a bungled fake punt, Colts punt returner Quan Bray fielded a ball and threw a lateral to Krishawn Hogan about 35 yards away. The floater nearly was scooped up by the 49ers and the Colts wound up losing 14 yards on the play.

At the end of the half, Pagano also called a timeout to freeze 49ers kicker Robbie Gould. The problem: Gould’s first attempt from 43 yards hit the right goal post. The second attempt was good.

One of the biggest issues for both teams Sunday was the drive-killing penalties. Indy had seven penalties for 62 yards, while the 49ers finished with 10 for 77 yards.

If the teams don’t get that area cleaned up, they will have a long season.