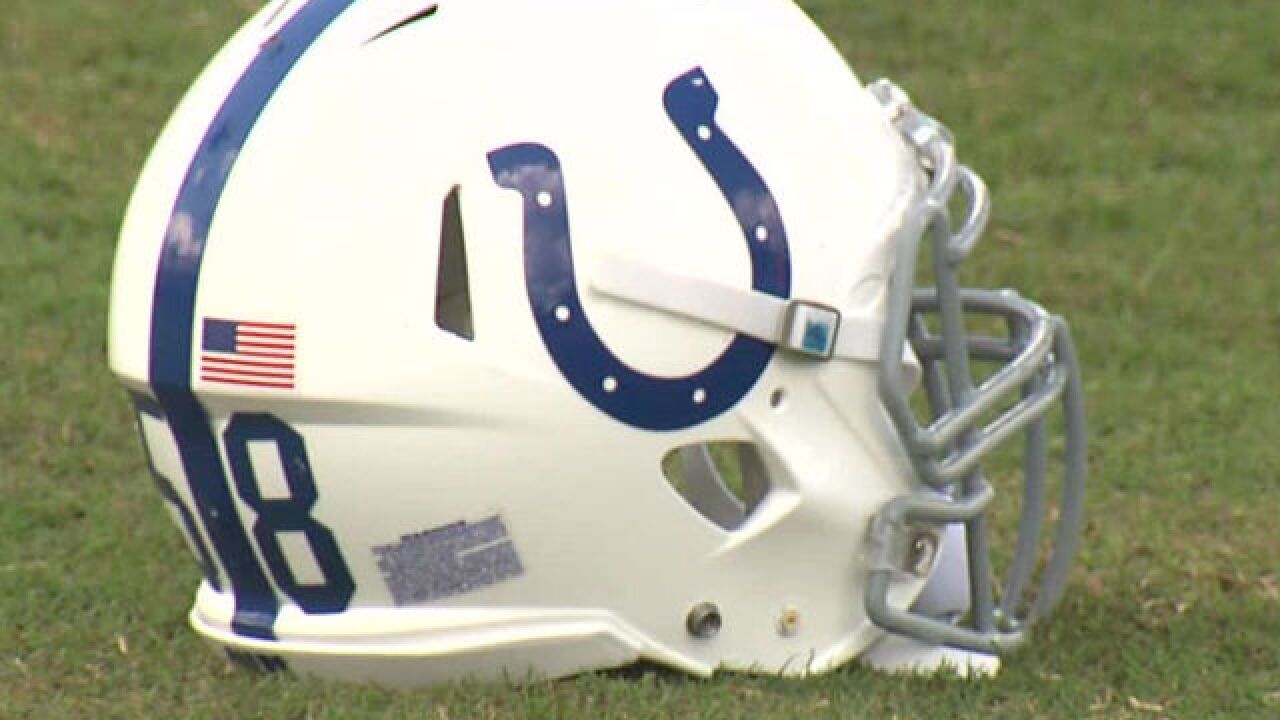 They're still chasing Super Bowl rings, wanted to be teammates, and figured playing with Andrew Luck gave them the best chance to do both. Now, after months of chatter and rising expectations, Gore and Johnson are ready to show the NFL what they can do with a quarterback like Luck.

"I am just here to try and take full advantage of it," Johnson said. "That was a big part of my decision this offseason when I became a free agent, going to a place that had an established quarterback and a great quarterback."

It's not just that the Colts had Luck -- it's that they had a chance to win big.

Both look to still be productive. And by adding Gore and Johnson to a lineup with two solid pass-catching tight ends and Pro Bowl receiver T.Y. Hilton, Luck now has the deepest and most proven group of play makers of his four-year pro career.

If everyone stays healthy, there's no doubt the Colts can score points. The question is whether Indy's defense has improved enough to catch New England?

Count Gore, Johnson and Luck among the believers.

Here are some other things to watch this season:

THE VALEDICTORIAN: Luck is clearly the No. 1 quarterback in the AFC South. Since entering the league in 2012, Luck is 16-2 in division play with 13 consecutive wins -- the NFL's longest active streak, according to STATS. And if Luck beats Tennessee on Sept. 27 and Jacksonville on Oct. 4, he'll surpass Peyton Manning (14) for the most consecutive wins in intradivision games since the 2002 realignment.

THREE YARDS AND...: No, Indy won't be mistaken for Woody Hayes' Buckeyes. But Pagano and offensive coordinator Pep Hamilton have long wanted a power running game to alleviate the burden on Luck's right arm. Vick Ballard did a solid job as a rookie but has missed most of the last two seasons with injuries. Donald Brown and Ahmad Bradshaw lacked consistency. Trent Richardson was a pure bust. The 32-year-old Gore could be the answer if he stays healthy and productive.

STOPPING THE RUN: The most frustrating part of Pagano's tenure has been the continual problems against the run. Indy hired Pagano, in part, to solidify a defense that had been playing second fiddle to a high-scoring offense. At times last season, the Colts looked good. But New England ran for 423 yards and seven TDs in two meetings, and if the Colts intend to catch the Patriots in the conference, they must find an answer.

PROTECTION IMPERFECTION: Nobody expects the Colts' revamped offensive line to be perfect. It simply needs to be better. Luck has played behind 18 starting line combinations over the past two seasons, and although he's been hit a league-high 210 times over the past two seasons, according to STATS, he has not yet missed a game. Pagano and general manager Ryan Grigson are counting on a major revamp being the solution. They've moved Jack Mewhort from left guard to right tackle, signed veteran guard Todd Herremans, and made Khaled Holmes the starting center.

EASY STREET?: Sure, the Colts have benefited from playing in a weak division, and this year they start with the league's second-easiest schedule. They'll also face a most unusual schedule. Their first five games are against teams still searching for franchise quarterbacks: the Bills, Jets, Titans, Jaguars and Texans. After a bye, they play five prominent QBs: Tom Brady in one of the most anticipated games of the season, Drew Brees, Cam Newton, Peyton Manning and Matt Ryan. The Colts will face nine quarterbacks who were drafted in the top eight overall and three selected outside the top eight who have won a combined seven Super Bowl titles.