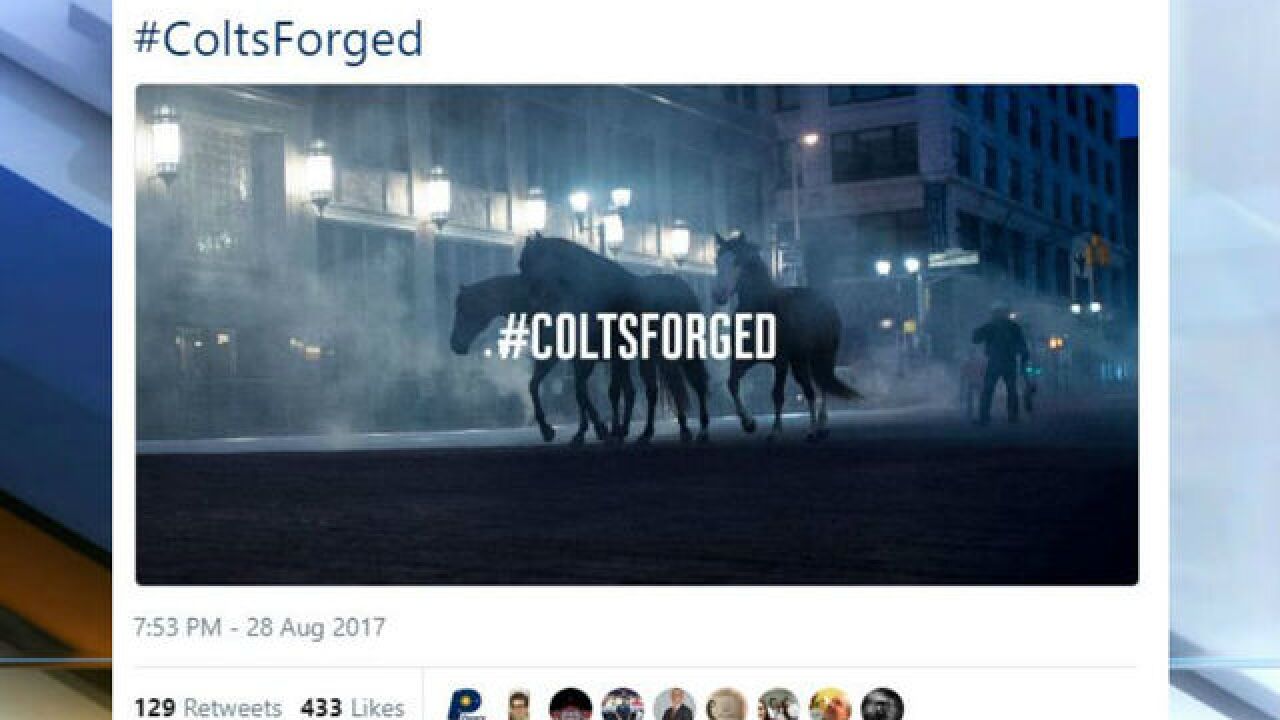 INDIANAPOLIS -- In late June, Monument Circle was shut down for a morning while a commercial was filmed featuring the Indianapolis Metropolitan Police Department and the Colts.

It looks like we've seen the first photo from the commercial.

Monday night, the Indianapolis Colts Facebook and Twitter accounts randomly posted a photo of three horses with the text #ColtsForged. And it really confused people.

We haven't seen the full commercial, if it exists as more than just this one photo. But If early reactions are any indication, it won't be well-received.

PREVIOUS | Fog and horses: What shut down Monument Circle on June 27?

Here are some of the best responses to the #ColtsForged photo:

Are you trying to turn us all into Pats fans? Because it's working.