Dwight Freeney to retire as a member of the Indianapolis Colts 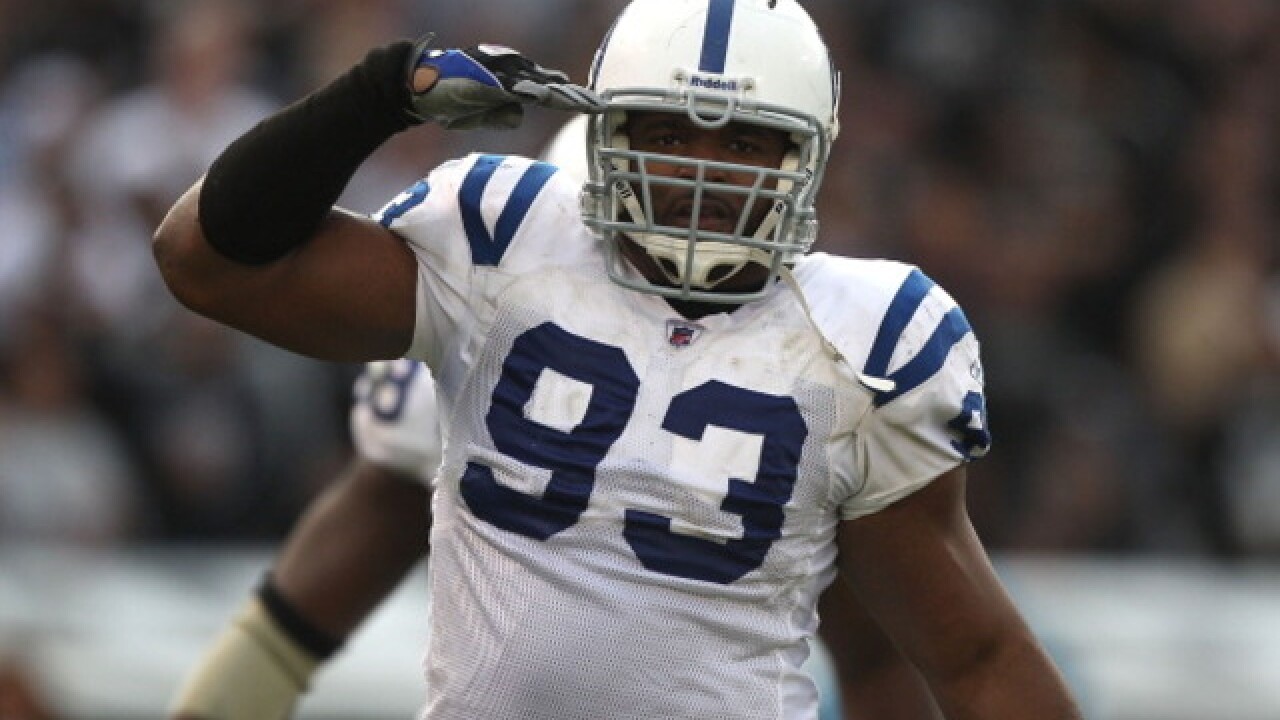 Copyright 2018 Scripps Media, Inc. All rights reserved. This material may not be published, broadcast, rewritten, or redistributed.
Jed Jacobsohn
<p>OAKLAND, CA - DECEMBER 26: Dwight Freeney #93 of the Indianapolis Colts celebrates after a sack against the Oakland Raiders during an NFL game at Oakland-Alameda County Coliseum on December 26, 2010 in Oakland, California. (Photo by Jed Jacobsohn/Getty Images)</p>

INDIANAPOLIS -- Dwight Freeney will retire from the NFL as a member of the Indianapolis Colts.

Freeney will make the announcement official at a press conference at 3 p.m. on Monday, April 23, according to the Colts.

Number 93 spent 11 seasons with the Colts.

According to espn.com, Freeney will sign a contract with the team and then immediately retire.

The defensive end left the Colts after the 2012 season and played with the Chargers, Cardinals, Falcons, Lions and Seahawks.

Freeney was a seven-time Pro Bowl selection and a three-time First Team All-Pro.

He played in three Super Bowls and was a member of the Colts' Super Bowl championship team in 2006.

93 is retiring as an Indianapolis Colt: https://t.co/xhrhrSK309

Congratulations to my brother @dwightfreeney on a great career. Didn't think it was ever coming 😂😂😂... Well Done Sir!!! Proud to call you a teammate. Now you can spin your way right into the #HOF https://t.co/RpYzrqLmSE