Colts' win against Texans could be Pagano's last as coach: 'I don't know what tomorrow brings' 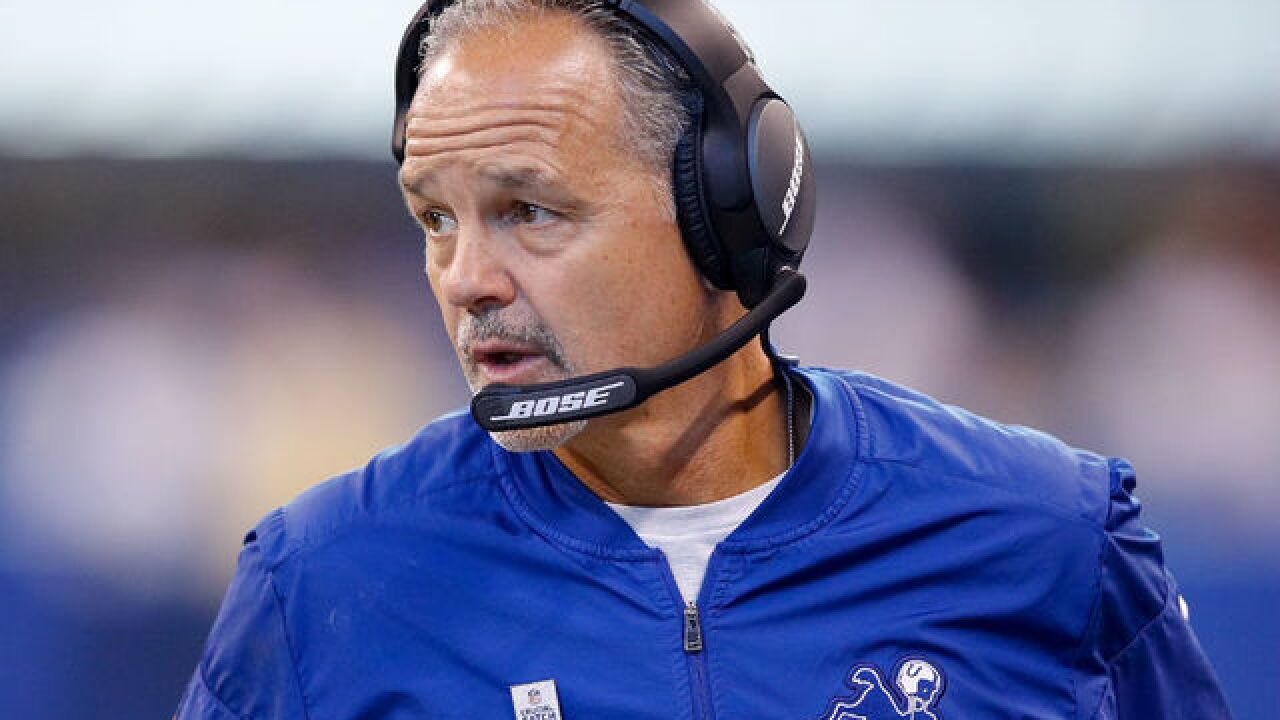 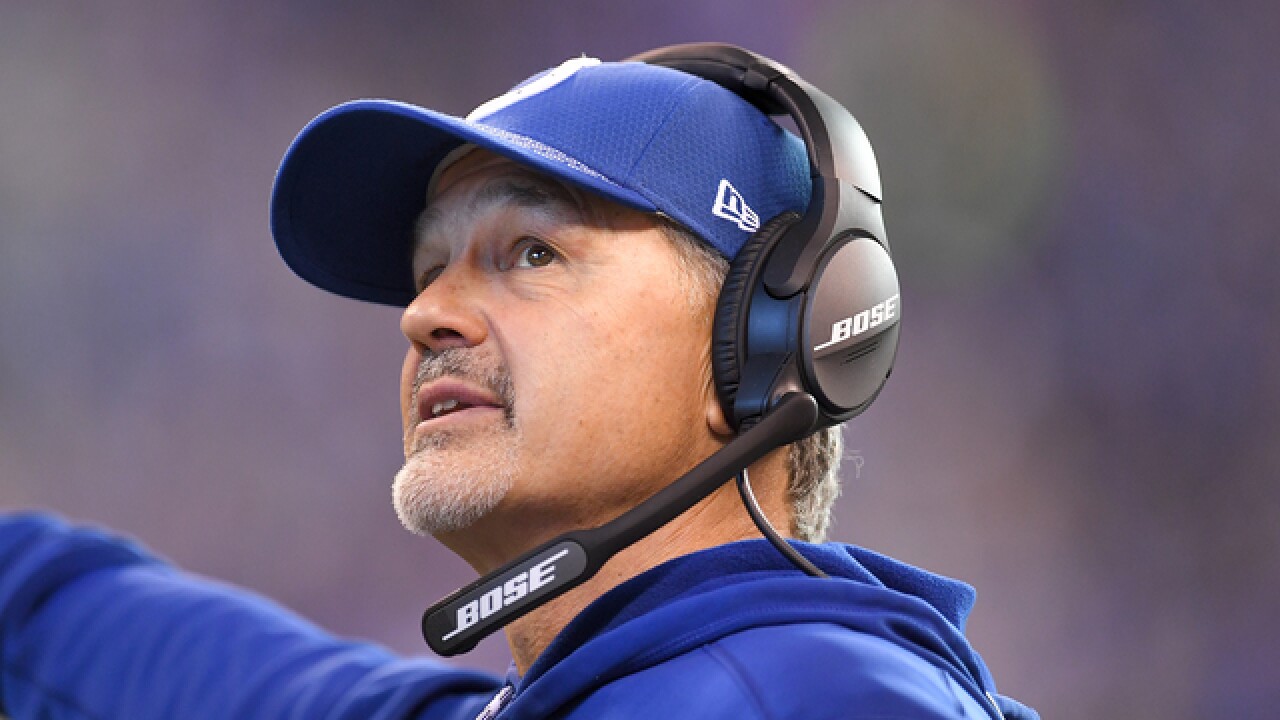 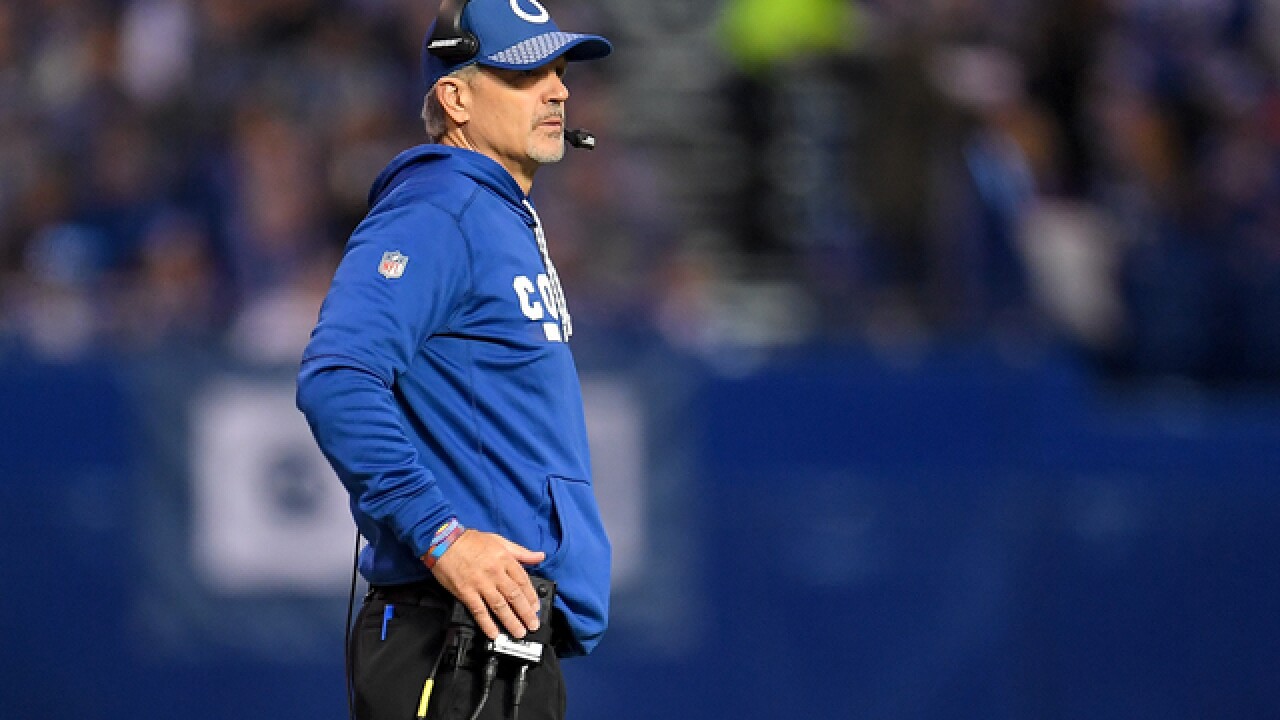 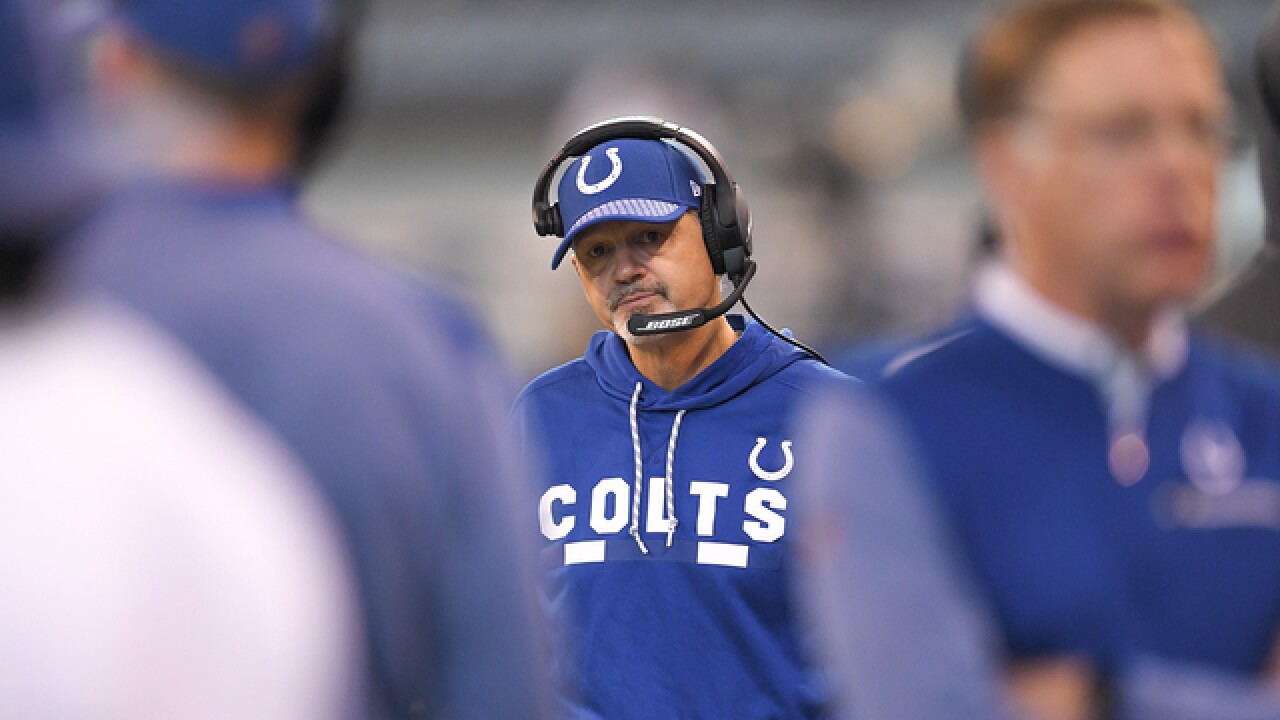 INDIANAPOLIS -- Indianapolis Colts coach Chuck Pagano says he isn't sure what the future holds, but he's grateful for the last six years he's had with the Colts, no matter what happens next.

ESPN's Adam Scheffer tweeted Saturday night that Sunday's game against the Texans would be Pagano's last game as coach of the Colts.

No surprise, but Indianapolis is expected to part ways with head coach Chuck Pagano, per sources.

If it happens, it will come as little surprise to most Colts fans after the team's rocky season and the third consecutive year that they've missed the playoffs. Indianapolis ended the year with a 4-12 record after a win against the Texans.

"I don't know what tomorrow brings. I don't know what the next hour brings," Pagano said during the after game press conference on Sunday. "But I do know that I'm very grateful to Jim Irsay. I'm very grateful to the Irsay family. His unwavering commitment to football is second to none and he gave us - gave me - everything we needed to be successful."

Pagano has coached the Colts for the past six years and is on year two of his four-year contract.

Chuck dedicated his life 2 the sport of football & reached the pinnacle by becoming a head coach in the @NFL .. No easy feat..He’s been thru a gamut of wild situations, and still won a lot of games here in Indy..I was lucky to play for his old Italian ass. Cheers 2 the future. pic.twitter.com/NL1t9QRdOf