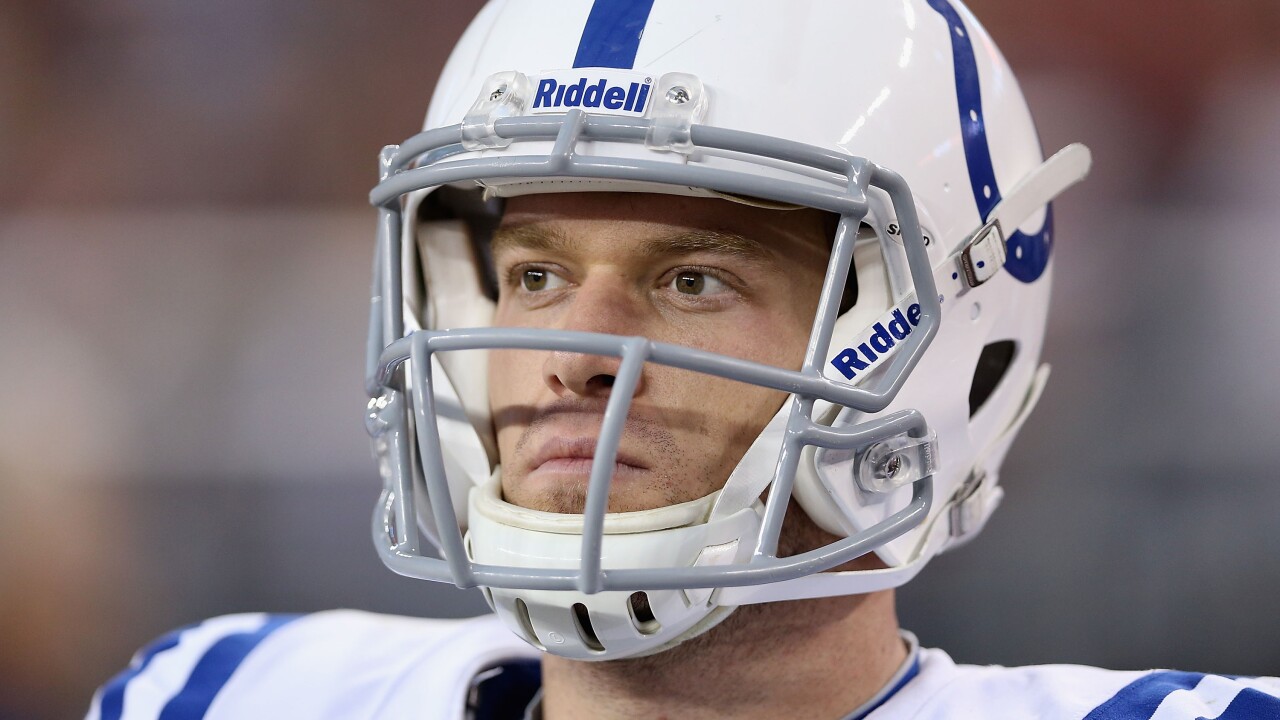 INDIANAPOLIS — Former Indianapolis Colts longsnapper Matt Overton is offering to buy the season tickets from fans who are angry over the Andrew Luck news so he can donate them to kids in the hospital.

Colts Nation was shocked when news spread during the fourth quarter of the team's preseason game against the Bears Saturday night. Luck officially announced he would be retiring from the NFL during the post-game press conference.

"This is not an easy decision. It's the hardest decision of my life," Luck said at the press conference.

Colts fans weren't happy with the news, and some even booed the quarterback as he made his way off the field at Lucas Oil Stadium Saturday night. Since then, angry fans have been demanding refunds for the season tickets they purchased before Luck's retirement was announced.

In response to those fans, Overton, who played on the Indianapolis Colts from 2012 to 2016, posted to Twitter that he would buy the season tickets from any angry Colts fans so he could donate them to patients at Riley Hospital for Children and their families.

To any angry Colts season ticket holders who are seeking a refund,

I’d be more than happy to buy your season tix off of you & donate them to @RileyChildrens patients & their families. I’m serious.

This isn't the first time Overton has shown love to Riley Children's Hospital. When the Jackson Jaguars played the Indianapolis Colts in 2017, Overton donned a pair of bright pink cleats decked out in Riley writing for pediactric cancer research that read "Thank You Indy" written in gold. In 2018 he donned a similar pair of brightly colored cleats decked in Riley Children's writing when the Colts and Jaguars met in Florida.

Overton was a staple on the Indianapolis Colts from 2012 until he was cut from the team back in May. He was also part of the team's "Fourth Down Army."