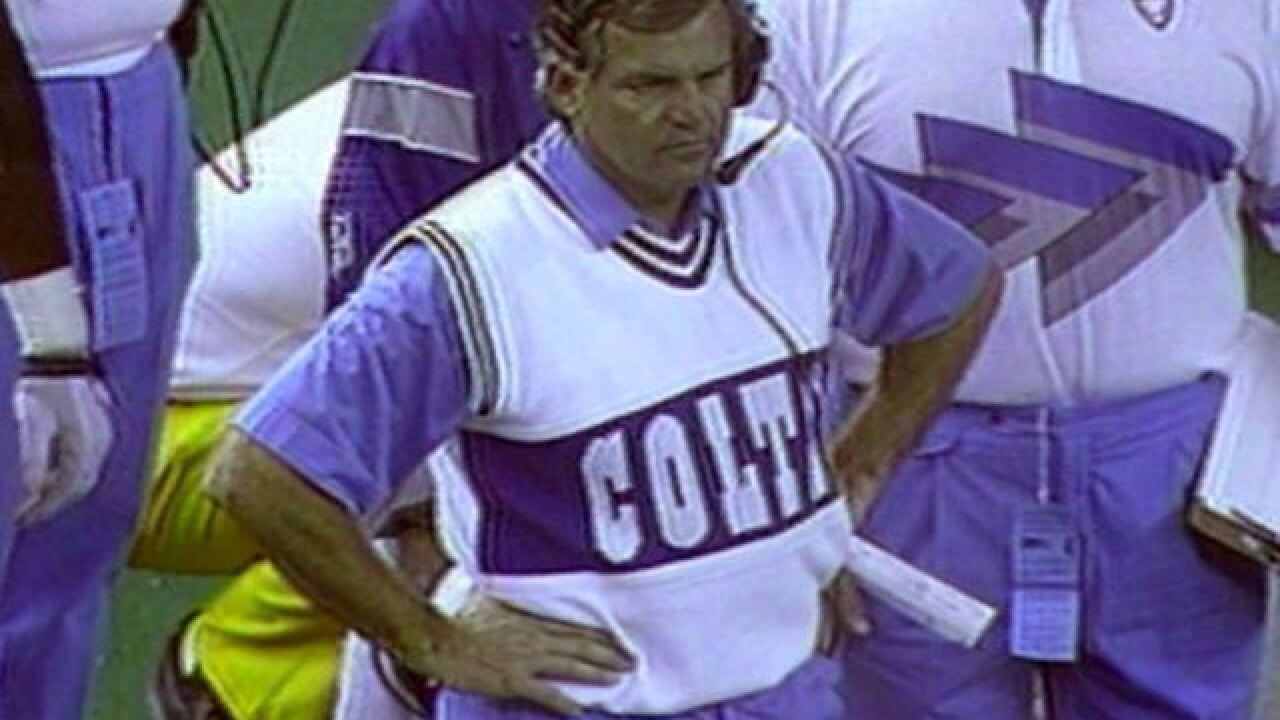 Meyer became the head coach of the Indianapolis Colts in 1986 and was named AFC Coach of the Year in 1987.

Meyer coached the Colts until 1991.

Hall of Fame running back Eric Dickerson, who played for the Colts under Meyer tweeted his thoughts to the family Tuesday afternoon saying "God Bless Coach Meyer!"

Devastated to hear the passing of my coach and great friend Ron Meyer. My mom and I loved Coach Meyer. He was a great man. Coach and his family are in my thoughts and prayers. God bless Coach Meyer!

Our thoughts and prayers are with Ron and his family.

Led us to our first playoff appearance in Indy era, in '87.