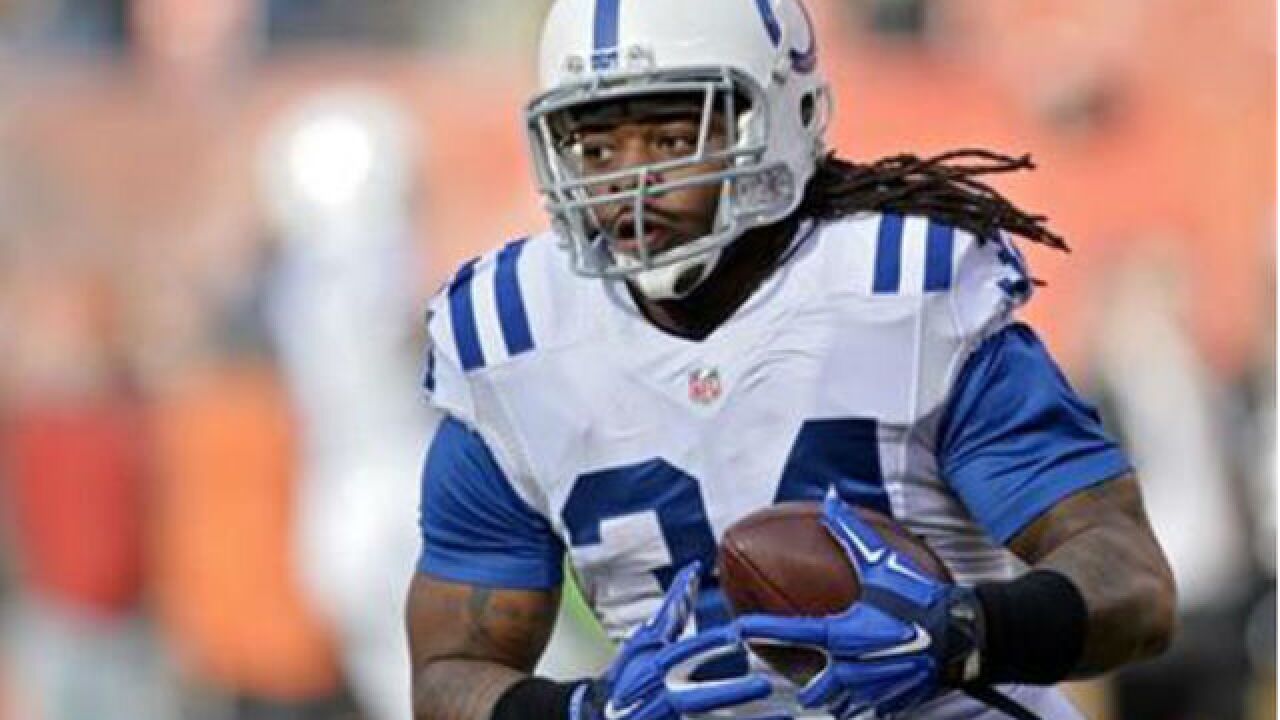 Richardson rushed for 977 yards and six touchdowns in those two seasons with the Colts.

He received a tryout with Oakland in 2015, but did not make the team and was cut by Baltimore last year. Richardson has 2,032 yards rushing and 17 touchdowns in 46 NFL games.

He was arrested on a domestic violence charge in February, but the charge was dropped, according to AL.com.

Richardson was the third overall pick of the 2012 NFL draft.

He helped lead Alabama to two national championships after the 2009 and 2011 seasons and won the Doak Walker Award as the nation's top collegiate running back in 2011 before declaring for the NFL draft.