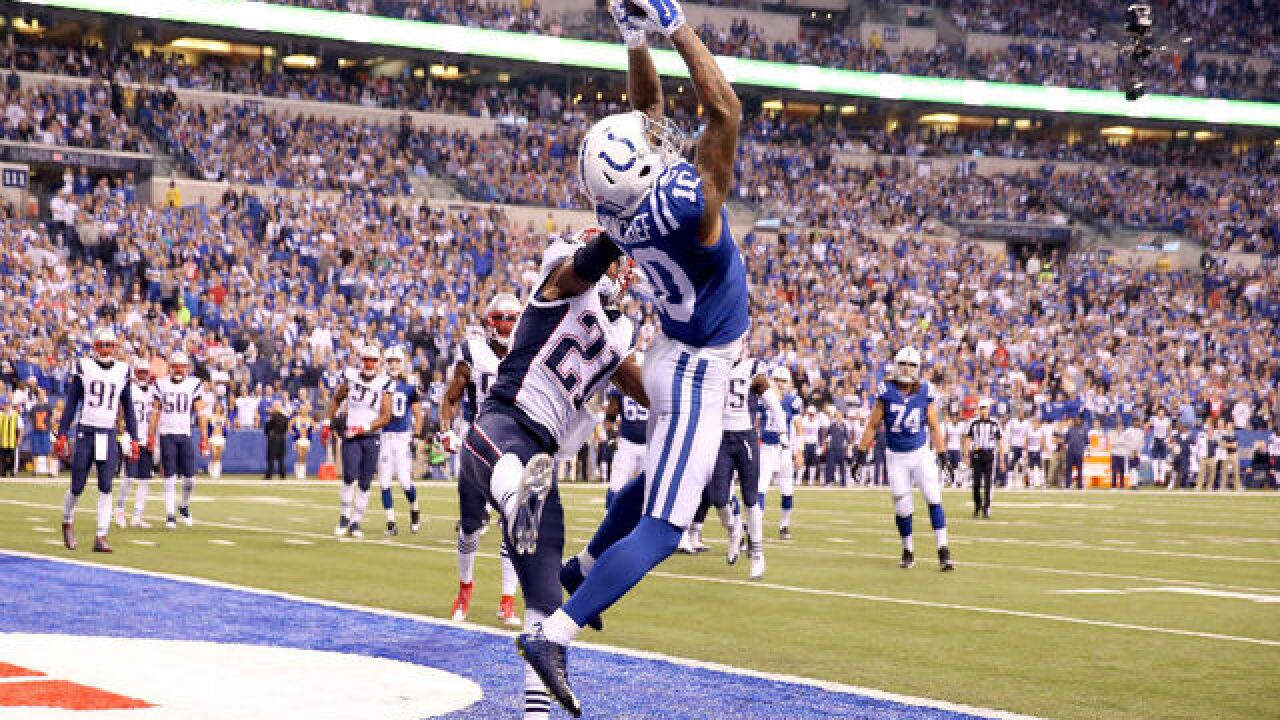 JACKSONVILLE, Fla. (AP) -- Donte Moncrief is gladly gambling on himself.

"I love that deal," Moncrief said. "I know what I'm capable of, I'm back healthy and I'm going to go out here and show these guys what I can do, show the NFL and put everything on my shoulders and give Jacksonville all I got and help these guys win. I know I can."

The Jaguars are counting on Moncrief to help offset the loss of former Pro Bowl receiver Allen Robinson, who signed a three-year, $42 million deal in free agency with Chicago.

General manager Dave Caldwell said keeping Robinson would have cost more than the team was willing to pay for a not-so-speedy receiver coming off knee surgery.

"It was difficult," Caldwell said. "Obviously we have a connection with A-Rob. We drafted him here. We saw him kind of grow into the player he was. ... We've tried to put our best foot forward and get him back here and it didn't work out. Obviously wish him the best, but once that happens, we go to Plan B and Plan C."

Jacksonville could have placed the franchise tag on Robinson. That would have guaranteed him a salary of $15.9 million in 2018, which would have made him one of the highest-paid receivers in the league.

"I weighed all my options," Lee said. "At the end of the day, when I really sat down and thought about it, a lot that played into my decision were the people around the building. The trainers, the equipment staff, my teammates, I enjoyed them for my four years, so as far as change, going somewhere else, I don't feel like it was necessary."

Lee, Moncrief and second-year receivers Dede Westbrook and Keelan Cole will be counted on to stretch defenses and create extra running room for Leonard Fournette. Westbrook and Cole showed promise during the regular season, but went mostly missing in the postseason.

"They're growing up," Lee said. "They understand what they got to do this second year and how much we're depending on them as far as getting their jobs done."

The same could be said for Moncrief, who had 152 receptions for 1,875 yards and 18 touchdowns in four years with the Colts. He missed 11 games the last two years because of shoulder and toe injuries.

He's healthy now and welcomes the stakes that come with signing a one-year contract. He feels it's a safe bet.

"They were just things that were holding me back," he said. "Now, I'm finally healthy and I know what I've got in me and it's on my shoulders and I'm ready to go."