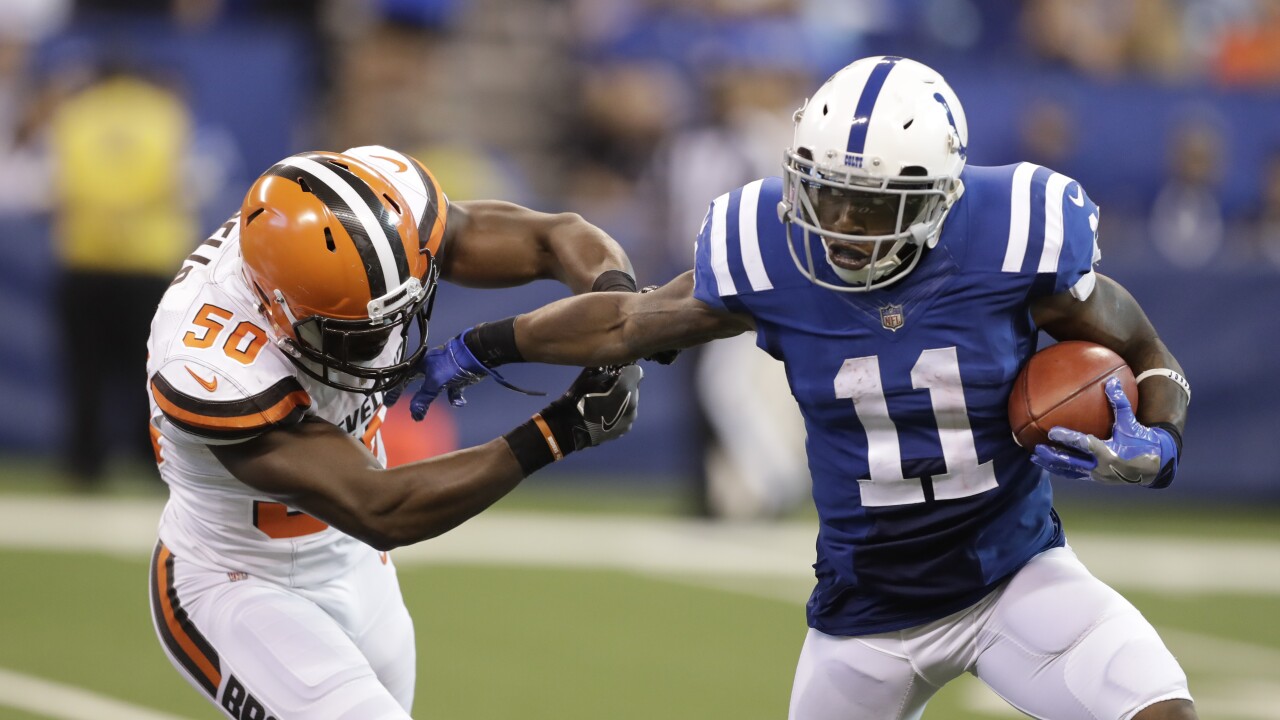 EL PASO, Texas — Former Indianapolis Colts wide receiver Quan Bray is being held in a West Texas jail without bond after federal agents found 157 pounds of marijuana in a vehicle in which he was riding Wednesday with NFL offensive tackle Greg Robinson and one other person.

Bray, 26, and Robinson, 27, were in the El Paso County Detention Center after federal authorities charged them with conspiracy to possess marijuana with intent to distribute it. Both were held without bond pending an initial appearance before a U.S. magistrate judge.

If convicted, both could be sentenced to up to 20 years in federal prison. It was unclear from jail and federal court records if they had attorneys.

According to a criminal complaint filed Wednesday by the Drug Enforcement Administration, Robinson, Bray and an unidentified third person were driving from Los Angeles to Louisiana in a rented sport utility vehicle on Interstate 10 through a remote section of West Texas. When they passed a Border Patrol agent with a drug-sniffing dog, the dog detected the scent of marijuana. The agent radioed ahead to the patrol's checkpoint in near Sierra Blanca, Texas, 83 miles southeast of El Paso.

There, the patrol stopped and inspected the vehicle, finding several large duffel bags containing vacuum-sealed black bags containing what tested positive as marijuana, the complaint stated. Also found were glass jars and packaging equipment, along with $3,100 in cash.

Agents said the unidentified passenger was an Uber driver who also drove and ran errands for Robinson and his family and friends. The passenger showed agents cellphone texts that showed Robinson had offered to pay the passenger to claim ownership of the marijuana, according to the complaint. The texts showed the passenger, who is a legally resident immigrant but not a U.S. citizen, refused and would not have made the trip if aware of the drugs in the vehicle. The person was not charged.

Bray played for the Colts from 2015-17 after he was signed as an undrafted free agent from Auburn. He caught six passes for 75 yards in his three seasons and also performed as a punt and kick returner.

Most recently, Bray has played for the Montreal Alouettes of the Canadian Football League.