Frank Gore won't be back with the Indianapolis Colts next season 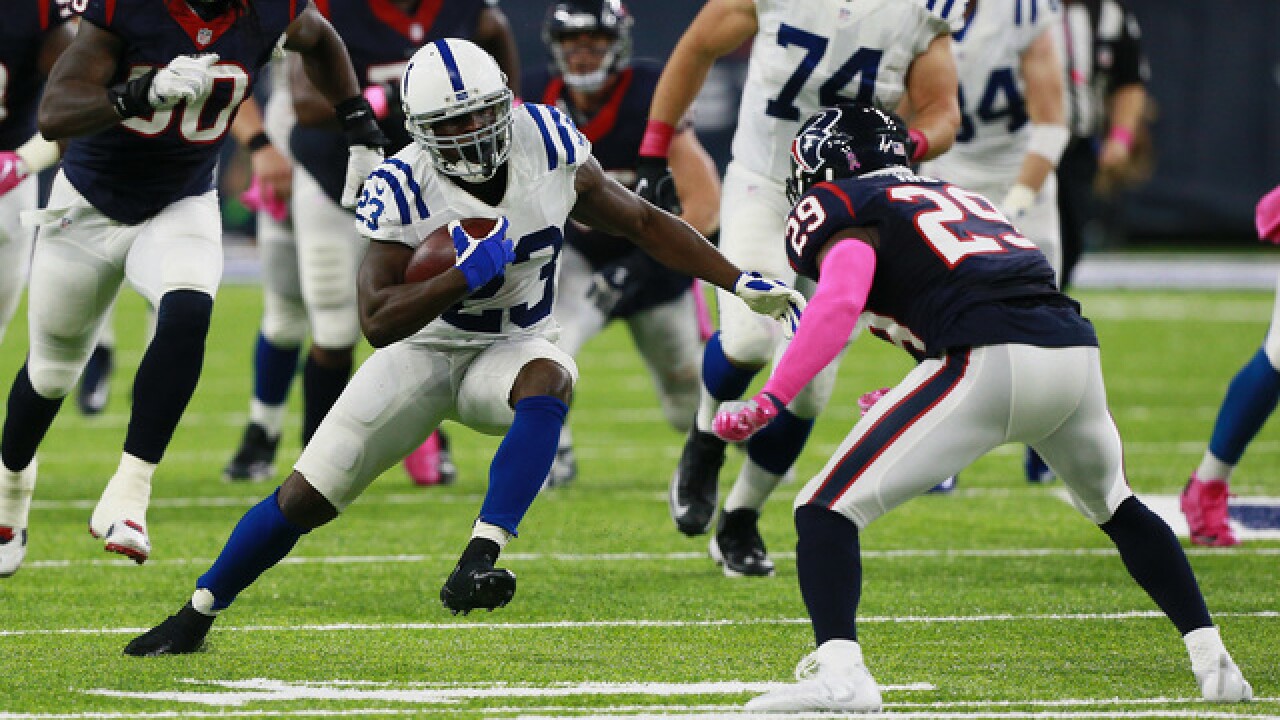 Bob Levey
<p>HOUSTON, TX - OCTOBER 16: Frank Gore #23 of the Indianapolis Colts rushes against Andre Hal #29 of the Houston Texans in the second quarter at NRG Stadium on October 16, 2016 in Houston, Texas. (Photo by Bob Levey/Getty Images)</p>

INDIANAPOLIS (AP) — The Indianapolis Colts have told Frank Gore they do not intend to re-sign him this offseason.

General manager Chris Ballard made the announcement on the first day of the NFL’s annual scouting combine.

Ballard says he’s never seen a player make such an impact inside a locker room in just three seasons. But Ballard says the team needs to get younger and he wants Gore to finish his career in a place of his choosing.

"Frank knows that we’re at a point where we need to get younger, and look, I want to give Frank a chance to go see what’s out there and see if he finishes in a place where he wants to finish it," said Ballard.

The 34-year-old running back is fifth on the NFL’s career rushing list with 14,026 yards. He needs 76 yards to pass Curtis Martin for No. 4.

Ballard also says Andrew Luck is expected to return to the team complex in early April to continue his shoulder rehab.