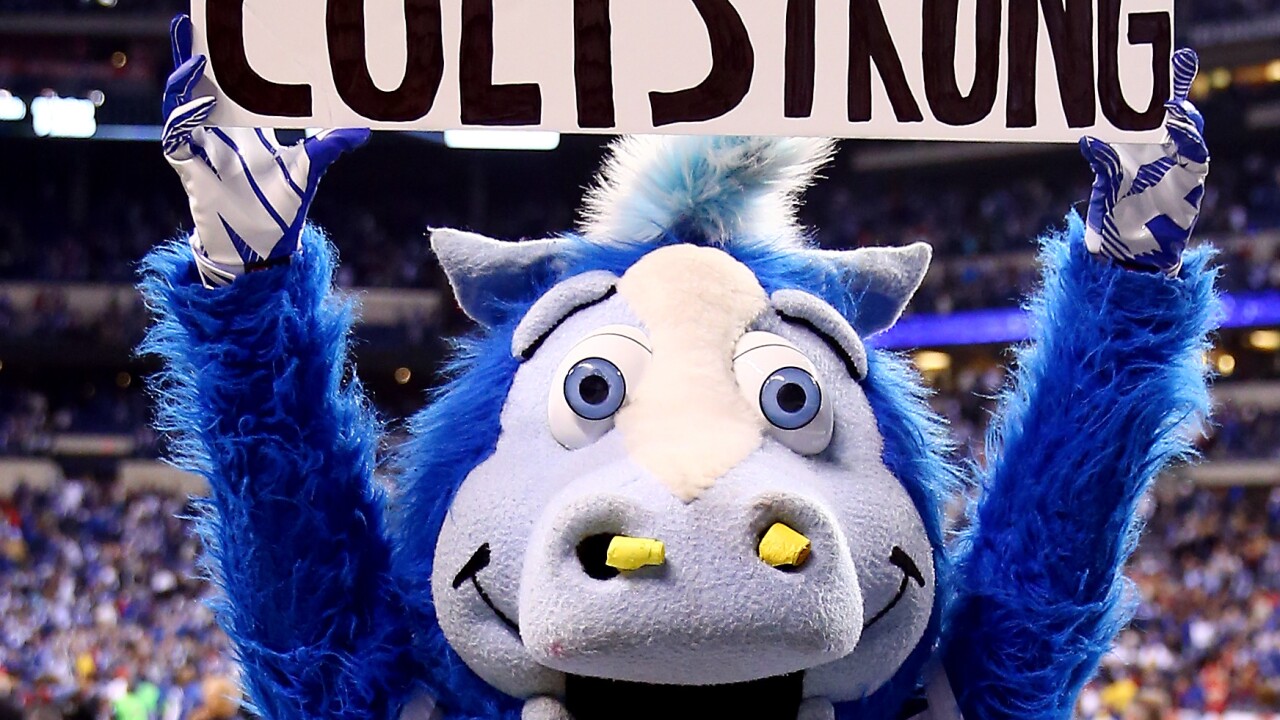 INDIANAPOLIS — For the second time, the Colts mascot, Blue, has been named the NFL Mascot of the year.

Two times is great, but know what's better? This is only the fourth year for the award. Blue also won Mascot of the Year the first year the award was given, in 2016.

Which means Blue has won two out of four awards — he must be amazing, right? Well, we knew that!

The Colts announced the news on their Twitter page Wednesday, "It's official — our mascot is better than your mascot."

It's official – our mascot is better than your mascot.