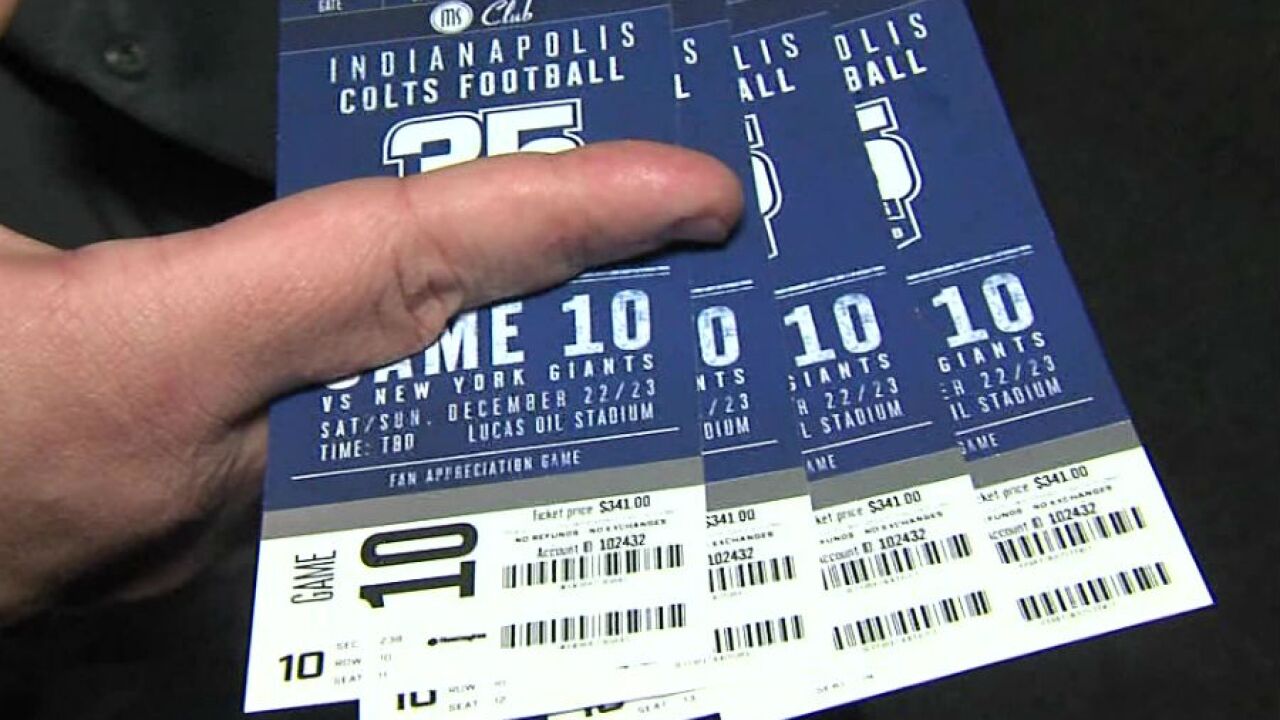 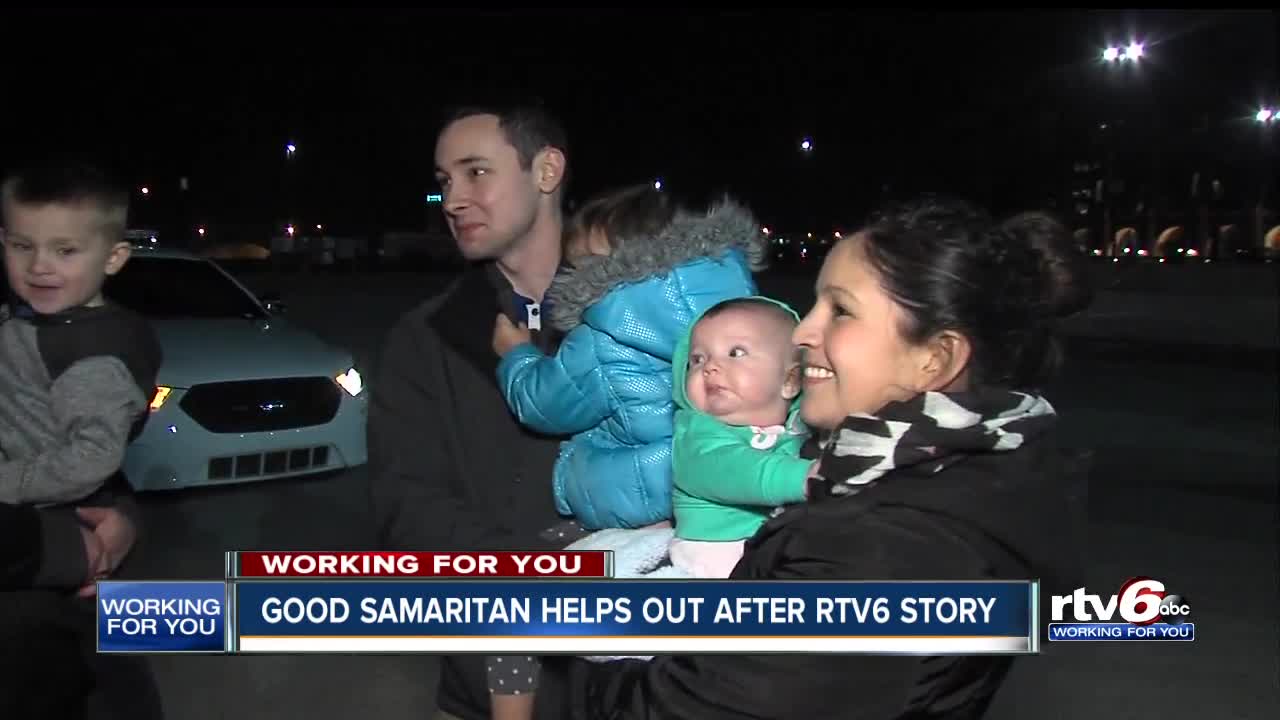 INDIANAPOLIS — An Indianapolis family will be able to see the Indianapolis Colts after they were defrauded out of hundreds of dollars in a ticket scam last weekend.

Shaun and Tiffany Martinez tried to buy tickets on Craigslist for the Dec. 16 Colts game. Once they sent the $300, the seller stopped responding.

PREVIOUS | Family scammed out of $300 for Colts tickets on Craigslist

But after an RTV6 viewer saw the story, he decided to help out.

“I had won these tickets at work and intended to take the family,” Steven Curry said. “And I saw the story on RTV6 on this family getting scammed. So I asked my wife it was all right if I could've these tickets out because I felt bad and I just really wanted to make their day.”

Steven and his wife, Katherine, called RTV6 to give the tickets to the Martinez family.