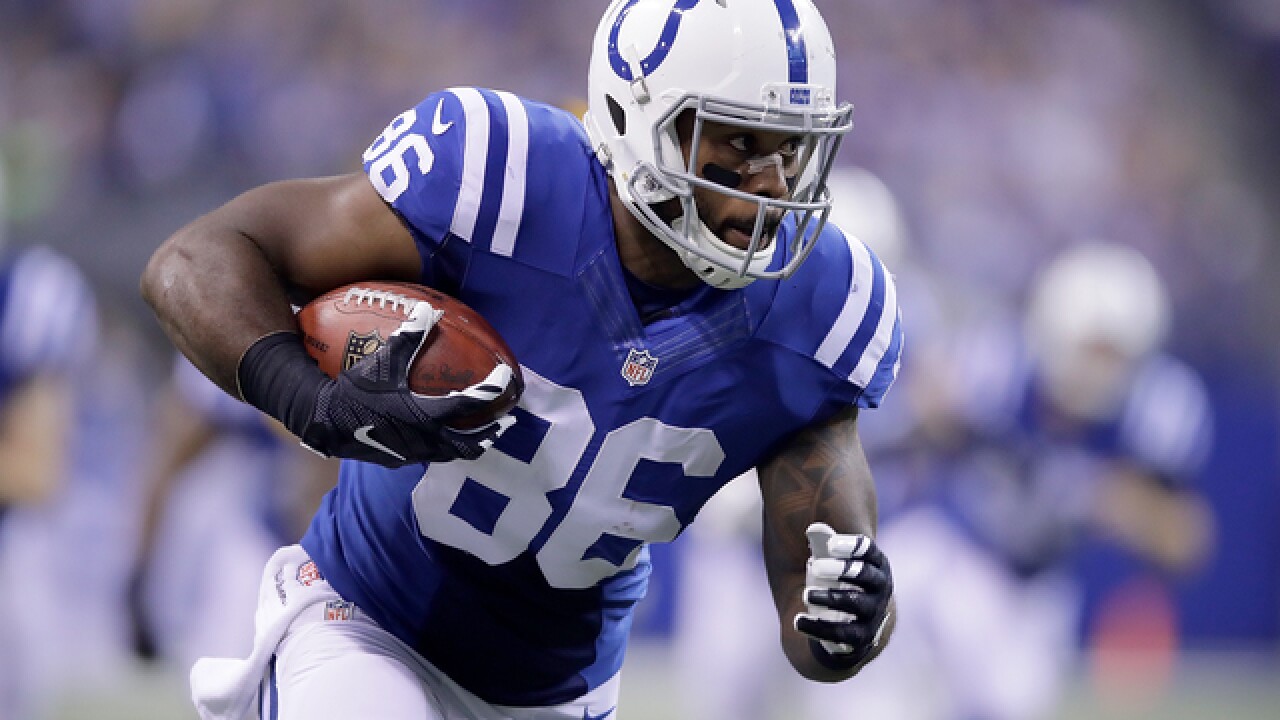 Copyright 2018 Scripps Media, Inc. All rights reserved. This material may not be published, broadcast, rewritten, or redistributed.
Andy Lyons
<p>INDIANAPOLIS, IN - NOVEMBER 24: Erik Swoope #86 of the Indianapolis Colts runs with the ball during the second quarter of the game against the Pittsburgh Steelers at Lucas Oil Stadium on November 24, 2016 in Indianapolis, Indiana. (Photo by Andy Lyons/Getty Images)</p>

Swoope originally signed with Indy as an undrafted rookie at the University of Miami where he played basketball. He spent most of his first two seasons on the practice squad and finished last season on injured reserve.

He started four of 18 games and had 16 receptions for 310 yards and one touchdown.

The 6-foot-5, 290-pound Ward was cut by Dallas before joining the Colts’ practice squad on Sept. 3.

He was Oakland’s fourth-round pick in 2016. Ward appeared in 21 games, with 33 tackles, one sack and one fumble recovery.