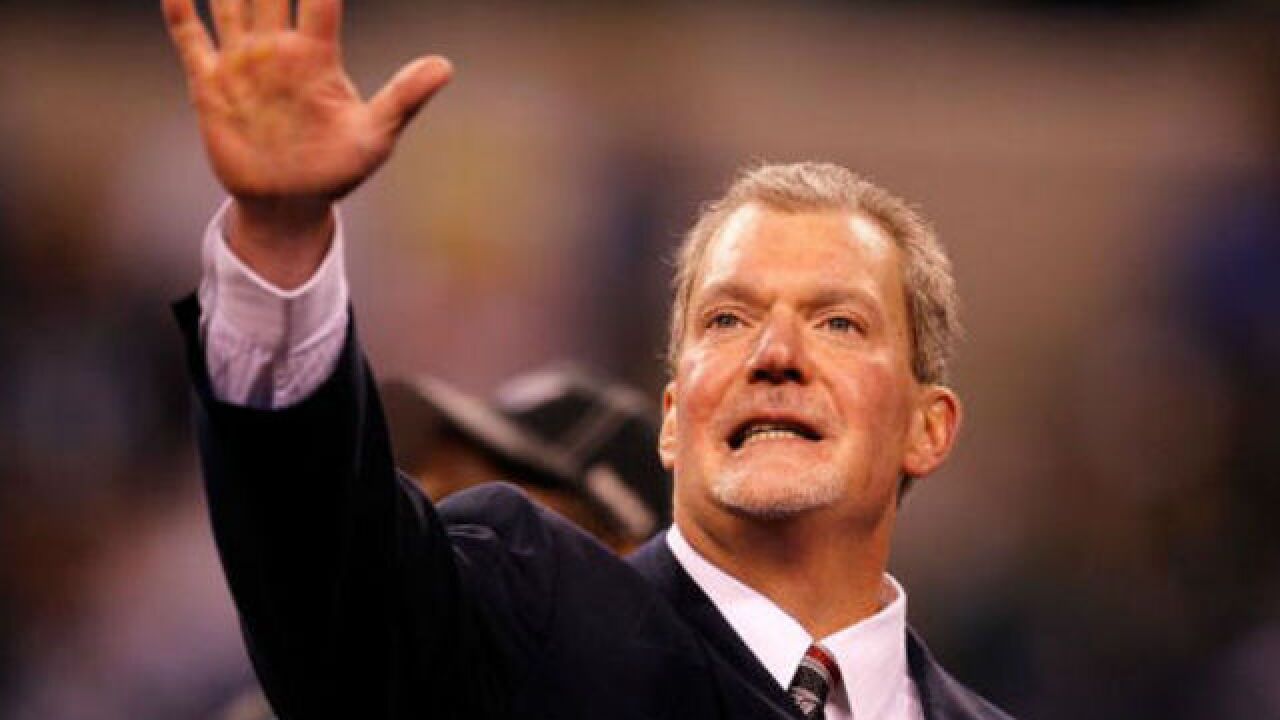 LOS ANGELES (AP) -- The founding document of Alcoholics Anonymous, known to adherents as the “Big Book,” sold at auction Saturday for $2.4 million to billionaire and Indianapolis Colts owner Jim Irsay.

The auction house Profiles in History announced the sale of the manuscript with handwritten notes from the group’s founding fathers.

Irsay told The Associated Press he plans to build a special display for the manuscript and display it for several months a year at Alcoholics Anonymous’ headquarters in New York. He says he attempted to buy the manuscript when it was up for auction several years ago, and he is thrilled at the opportunity to share it publicly.

Irsay said he considers himself a steward for the manuscript, which he said he may also send out on tour so it can be seen by more people.

“I’ve held it. I’ve looked through it. It is absolutely mind-blowing,” he said. “It was just a miracle to see this thing live.”

Irsay, who was clearly excited about obtaining the manuscript during a telephone interview, said he considered remaining anonymous about purchasing the manuscript, but wanted to go public to try to relieve the stigma of alcoholism and addiction.

“The only way we stay sober is to give it away,” Irsay said.

He said he attended his first Alcoholics Anonymous meeting 25 years ago, and marvels at the reach of the organization and what its founders built.

The manuscript includes notes and scribbles from one of AA’s founders, William Wilson, more commonly known as “Bill W.”

Wilson’s widow Lois owned the papers after his death in 1971, and she passed them on to her friend Barry Leach. Alcoholics Anonymous said Leach signed and notarized a letter in 1979 saying the manuscript would belong to the organization after his death. He died in 1985, but the manuscript did not make its way to Alcoholics Anonymous, which did not know about the notarized letter at the time.

Its ownership history in the ensuing years is not entirely clear until 2004, when Sotheby’s auctioned it for $1.6 million. Then it sold to Roberts in 2007.

A website devoted to the auction describes the manuscript as a “Bible to millions” that has sold 30 million copies since 1939, been translated into 43 languages and has been ranked by the Library of Congress as a top non-fiction book that shaped America.

“We are thrilled this most historic manuscript has sold and hope it will be exhibited for the world to see the manuscript that has saved the lives of millions of people,” Profiles in History founder Joe Maddalena said.