Johnathan Hankins released by Colts after only 1 season 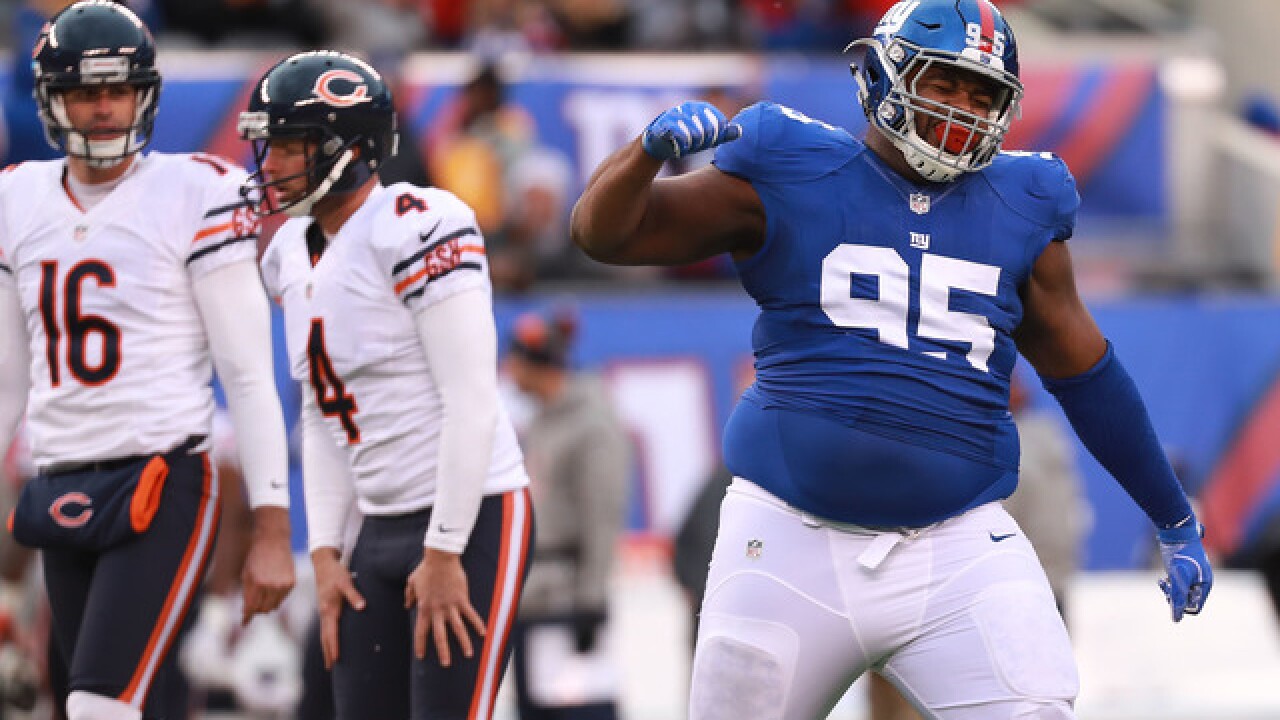 Copyright 2018 Scripps Media, Inc. All rights reserved. This material may not be published, broadcast, rewritten, or redistributed.
Michael Reaves
<p>EAST RUTHERFORD, NJ - NOVEMBER 20: Johnathan Hankins #95 of the New York Giants reacts as Connor Barth #4 of the Chicago Bears misses a field goal during the second half at MetLife Stadium on November 20, 2016 in East Rutherford, New Jersey. (Photo by Michael Reaves/Getty Images)</p>

Hankins signed a three-year deal worth $27 million in free agency last season. He made 15 starts and finished with 44 tackles and two sacks.

But with the Colts switching to a 4-3 defense that favors speed, the 320-pound, 26-year-old Hankins apparently no longer fit.

By making the move, the Colts save nearly $8.5 million under the salary cap and now have roughly $75 million to spend in free agency.

Indy also swapped first-round picks with the New York Jets on Saturday, getting two second-round picks this year and another in 2019 in return.

The only player Indy has signed so far is defensive end Denico Autry, who played last year in Oakland.