Join WRTV and Radio One for A Conversation on Race: Connecting Central Indiana
SportsColts 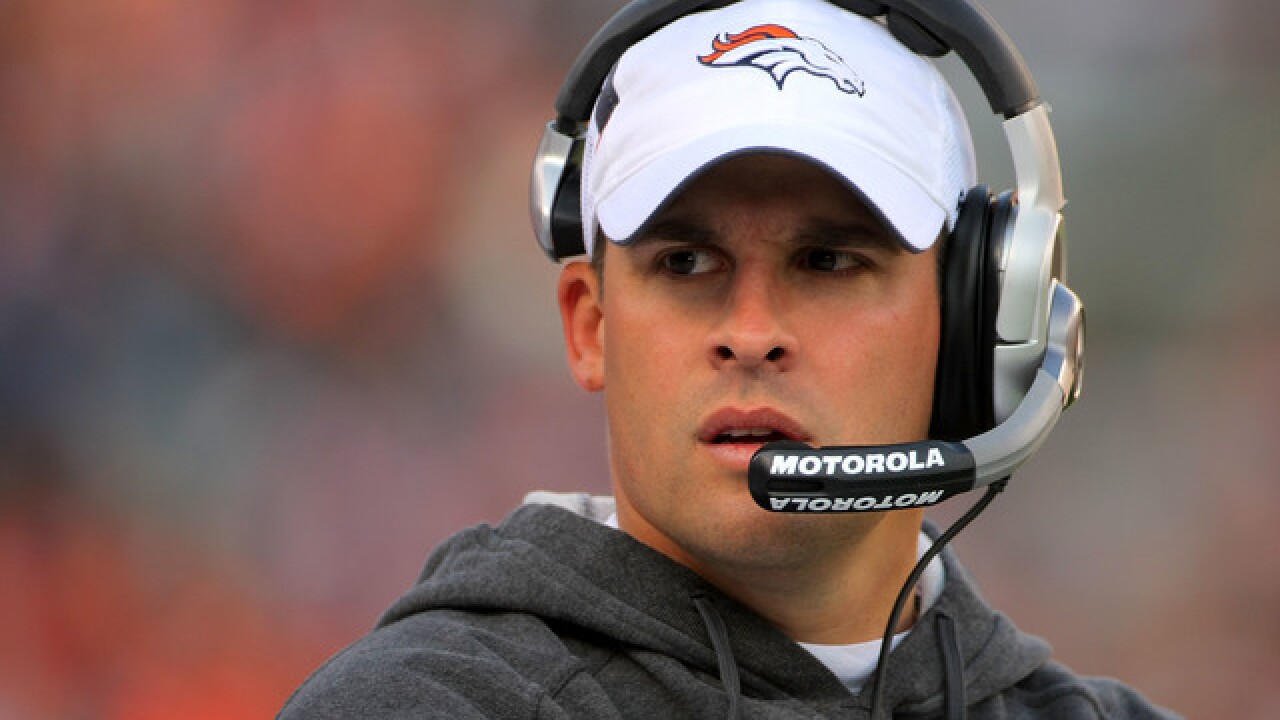 INDIANAPOLIS -- Josh McDaniels was all set to clean out his office and travel to Indianapolis to be announced as the Colts' new head coach on Feb. 6.

Instead, he talked with New England Patriots owner Robert Kraft and coach Bill Belichick, and had a change of heart that many Colts fans will never forgive.

In his first interview since spurning the Colts to return to the Patriots, McDaniels apologized for what happened in a wild 24 hours in early February.

"I apologize to anyone who was affected in any way. Indianapolis did a tremendous job," McDaniels told the Boston Globe. "They have a tremendous organization and I was lucky to be considered and I just think once I found out [about his role in New England], I made the right decision for me and my family at this time.’’

McDaniels was given no guarantees about taking over for any future positions, such as taking over for Belichick when he retires, but did have his contract adjusted, the Globe reported. An NFL Network report said that McDaniels' agent, Bob LaMonte, told McDaniels that he made "perhaps the biggest professional mistake of his career" by backing out of the job with the Colts.

McDaniels also discussed the conversation he had with Colts' GM Chris Ballard when he told him he wouldn't be taking the job.

“Chris was tremendous the whole entire time,’’ McDaniels said. “He’s an incredible human being. He’s great at what he does. He’s going to be successful. It was difficult. I had a friendship with him — I still do. ... He’s a guy that I have a lot of respect for and admiration for. He was a big reason why I was interested in that job in the first place. It was as difficult a decision as I’ve ever made professionally. He handled it extremely well, he was a complete professional about it.’’

McDaniels said he also called to apologize to the assistant coaches who had been hired after he accepted the Colts job.

“I spoke to all of them that night right away, shortly after I talked to Chris,’’ McDaniels said. “They were professionals. Like I said, it wasn’t easy for anybody. I apologized to them if it put them in an awkward position."

MORE MCDANIELS | Josh McDaniels shuns Colts: Just like Bill Belichick in 2000 | Local businesses cashing in on McDaniels fiasco with snarky T-shirts | Report: Josh McDaniels may not leave Patriots for Colts after all | Josh McDaniels' agent told him he was making the biggest mistake of his career, report says | Josh McDaniels changes his mind, will not take job as Colts head coach