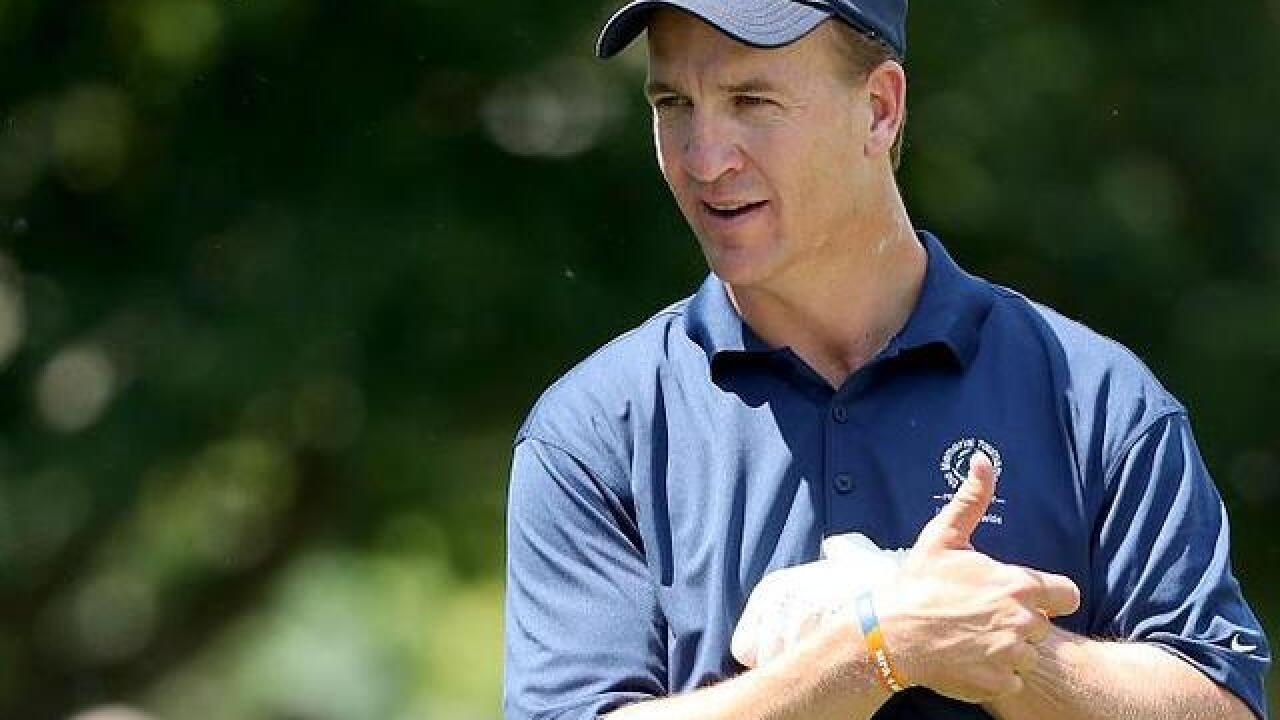 INDIANAPOLIS -- Peyton Manning has been busy since he officially called it quits.

He was honored by Jim Irsay and the Colts for his accomplishments in Indy, he helped kick off a NASCAR race in Bristol and he's been golfing with PGA-tour great Jordan Spieth in Ohio,

Recently he launched a few more commercials making fun of his retirement with Lionel Richie, gave a speech at Pat Summit's memorial service and of course we saw him at Hall of Fame induction weekend, showing support for Tony Dungy and Marvin Harrison as a key part of their success.

He went to the White House with his Super Bowl Champion Broncos and made a stop with Dan Marino at Dolphins training camp in Miami.

Bentley tweeted a photo of the two Tuesday morning at an undisclosed location, but one would assume it's somewhere out west judging by the mountains and the winding river.

Bentley last performed in Pennsylvania Monday night, but is currently taking a break before his tour continues in St. Louis and then, coincidentally enough, at the Klipsch Music Center Aug. 13th in Noblesville.

It's like they planned it so Dierks could get advice on where to go while he's in Indy.

And check out that fish. Nice work, Peyton.