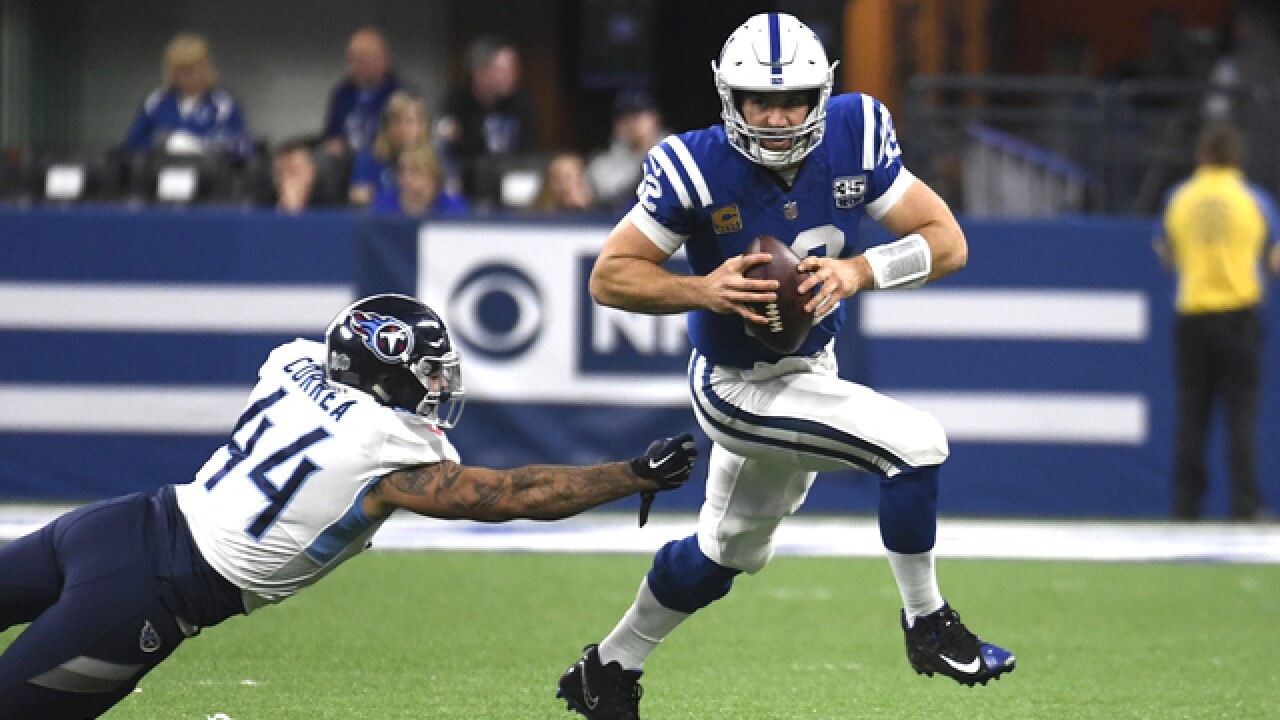 Image copyright 2018 Getty Images. All rights reserved. This material may not be published, broadcast, rewritten, or redistributed.
Bobby Ellis
<p>INDIANAPOLIS, INDIANA - NOVEMBER 18: Andrew Luck #12 of the Indianapolis Colts runs the ball in the game against the Tennessee Titans in the fourth quarter at Lucas Oil Stadium on November 18, 2018 in Indianapolis, Indiana. (Photo by Bobby Ellis/Getty Images)</p> 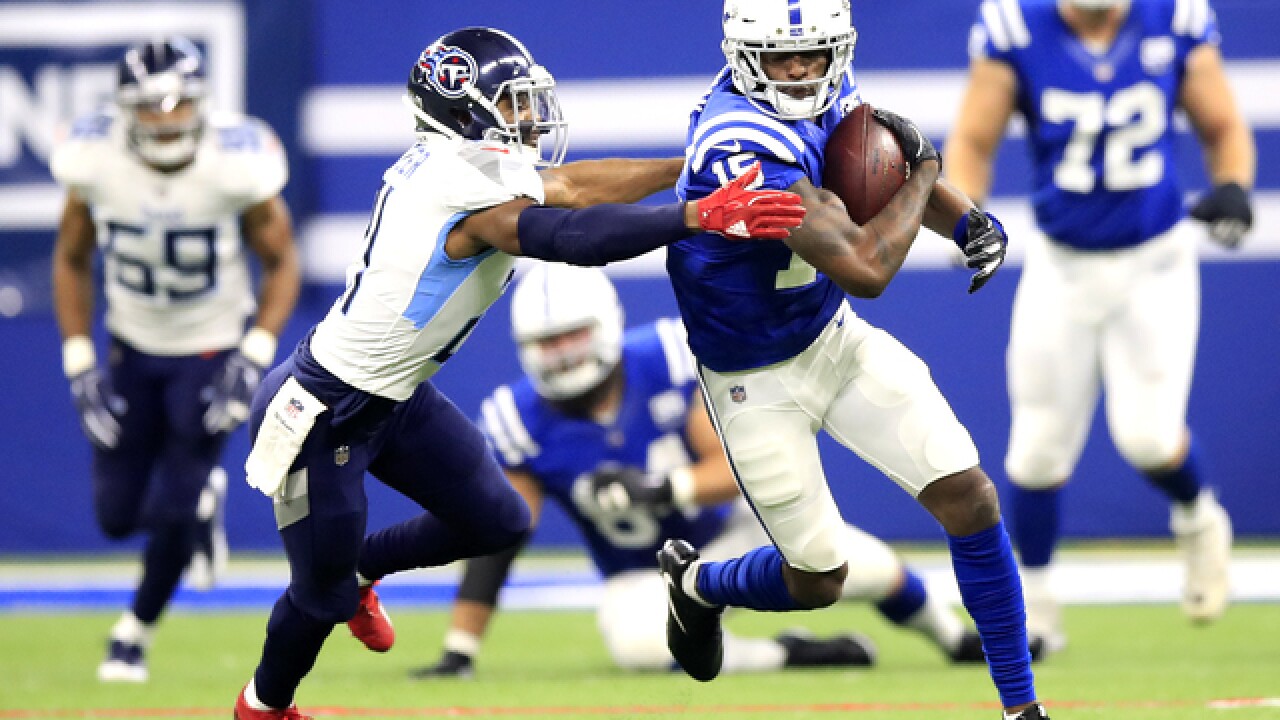 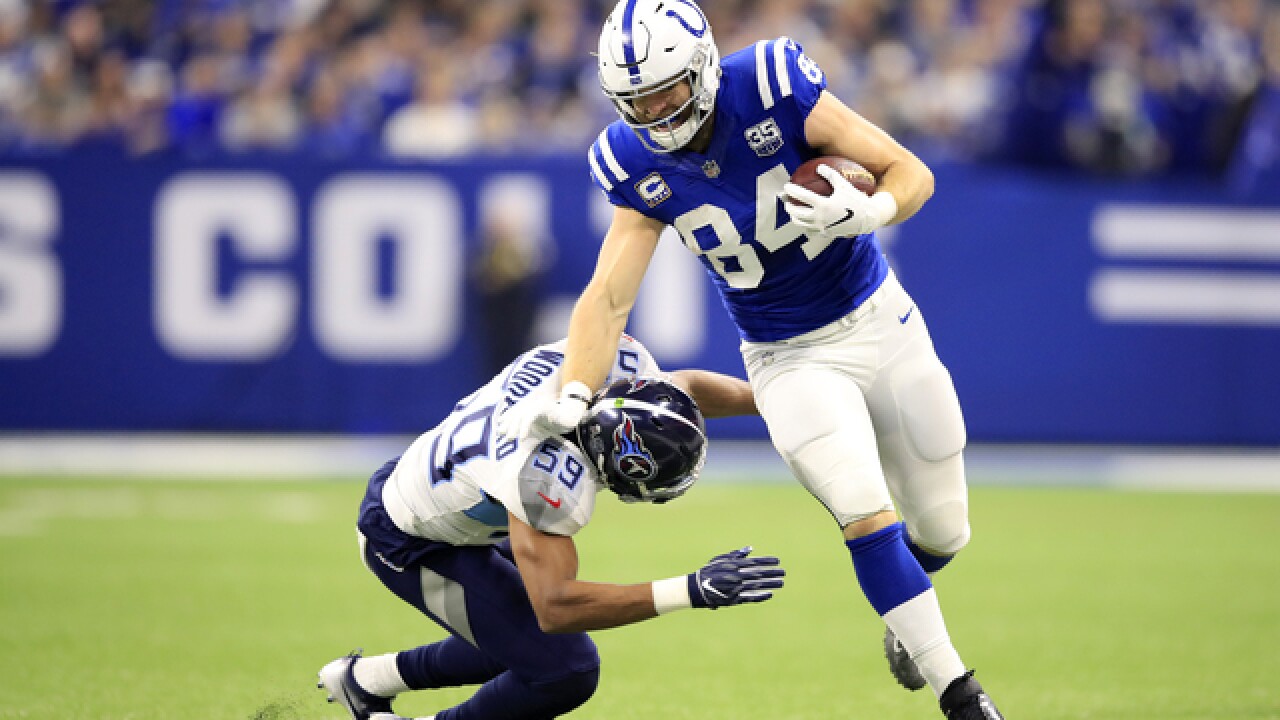 Indy (5-5) has won four straight for the first time since November 2014. Luck remained unbeaten in 10 starts against the Titans.

Tennessee (5-5) lost quarterback Marcus Mariota in the final minute of the first half after he reinjured his right elbow. Titans defensive coordinator Dean Pees also was taken to a nearby hospital for observation after medical workers were called to the coaches' box during the first quarter.

Luck's mastery over Tennessee did not change. He shredded the league's best scoring defense by going 23 of 29 with 297 yards with two TD passes to T.Y. Hilton. Luck has thrown at least one TD pass in a league-high 33 consecutive games and three or more in seven straight.

It was never close.

Mack started the early scoring spree with a 1-yard TD run. Adam Vinatieri made it 10-0 with a 22-yard field goal after Luck couldn't haul in a short TD pass from tight end Eric Ebron.

Luck then hooked up with Hilton on a 68-yard touchdown pass midway through the second quarter and Wilkins' 18-yard run late in the first half made it 24-0.

All the Titans could muster was a 42-yard field on the final play of the half -- after Mariota left and only after the Colts drew an unnecessary roughness penalty.

Indy extended the lead by winning a replay challenge for Hilton's 14-yard scoring catch and Luck departed after throwing a 7-yard TD pass to Dontrelle Inman in the fourth.

Reggie Wayne became the 15th member of the Colts' Ring of Honor on Sunday during a halftime ceremony where he was surrounded by former teammates, including Peyton Manning, Marvin Harrison and Edgerrin James, and NFL Hall of Fame executive Bill Polian, who drafted Wayne in 2001.

Team owner Jim Irsay led the crowd in several chants of Reg-gie, Reg-gie before Wayne thanked his family and Colts fans for their support.

"This (blue) jacket looks pretty damn good on me, thank you," Wayne said before jogging to the end zone to thank the fans -- as he did for years just before kickoff.

Vinatieri added another milestone to his growing list by celebrating his 210th career win over a 23-season career with New England and Indy. That's one more than George Blanda won during a 26-year career that spanned four decades.

Colts: Luck was not sacked for the fifth consecutive game, breaking a tie for the fifth-longest streak since sacks became an official stat in 1982. Luck has not been sacked in 214 consecutive dropbacks. ... Luck tied Dan Marino for the league's third-longest streak of consecutive games with three or more TD passes. ... Hilton had nine catches for 155 yards. ... Starting center Ryan Kelly left in the fourth quarter with a knee injury and did not return.