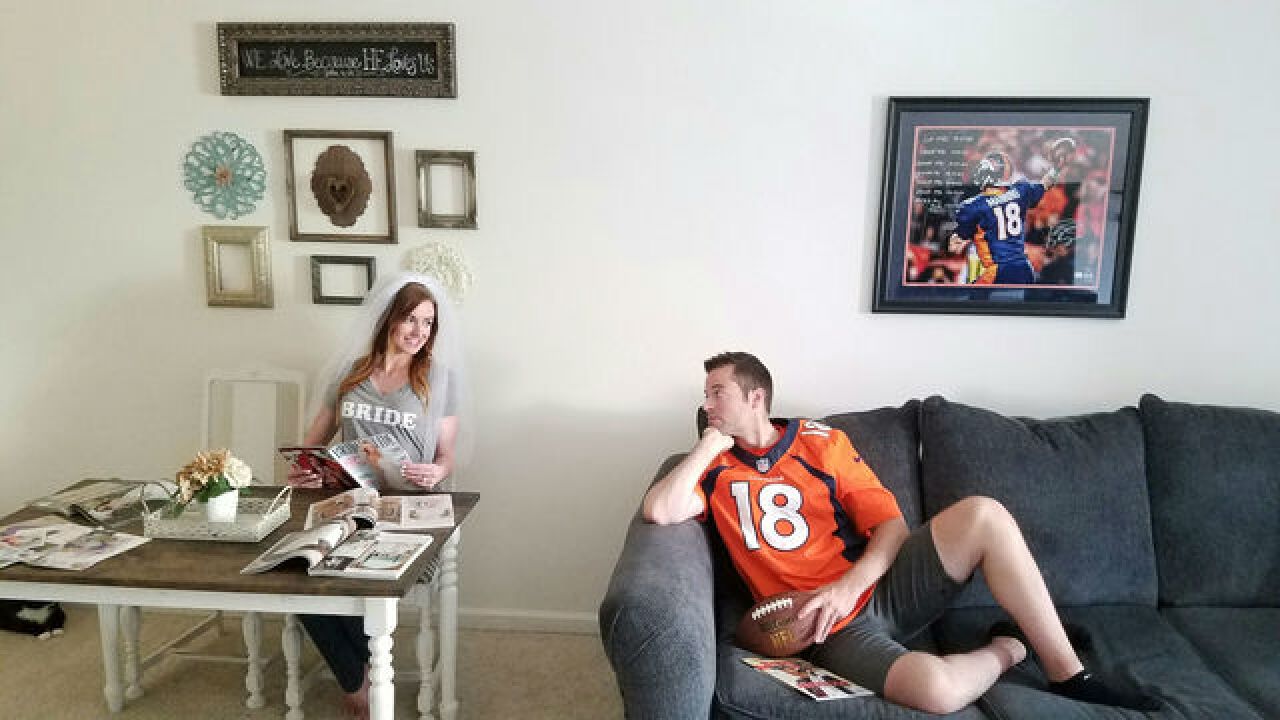 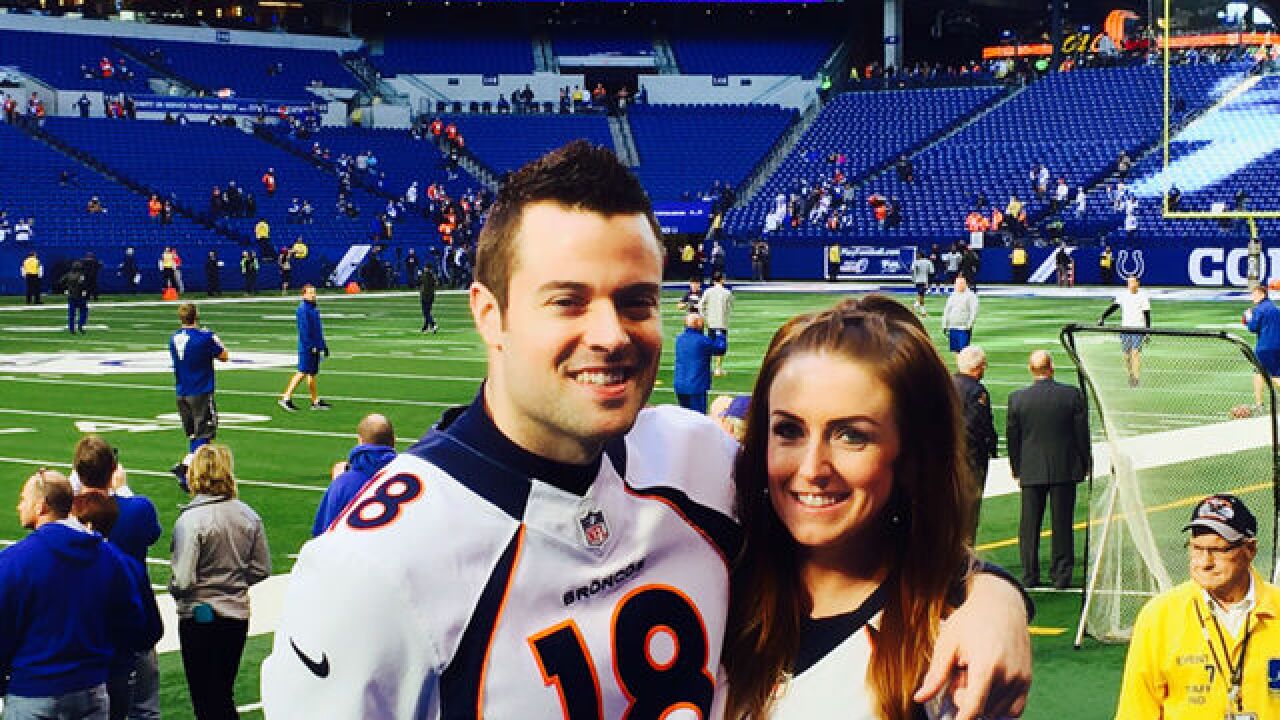 INDIANAPOLIS -- It's Peyton Manning week, and in anticipation of the former Colts quarterback's statue being unveiled Saturday, fans are showing their appreciation with the "Letters to Peyton" campaign.

Two fans who participated in the program? Courey and Chelsea. They live in San Diego, but Courey has been "in love with" Manning since he was in eighth grade.

When he took Chelsea to their first big date, it was to a NFL playoff game in 2013, when Manning was with the Denver Broncos.

The two got married in February, and the special relationship with No. 18 was brought up in a toast by the bride's sister.

"I'd also live to give credit to [Manning] for creating a special bond between Chelsea and Courtney," she said at the wedding. "Because of Courey's obsession - I mean admiration of Peyton, my sister now loves football and has traveled all over the country to see Peyton and the Broncos play. Including to two Super Bowls. So thank you, Peyton, for getting your ring, so Chels could get hers."

The "Letters to Peyton" campaign runs through October 8.

Fans can submit letters online at colts.com/Peyton, post a photo of them on social media using #ThankYouPeyton, or drop them off at participating Indiana Papa John’s locations or the Colts Pro Shop in Lucas Oil Stadium. They can also be mailed to: