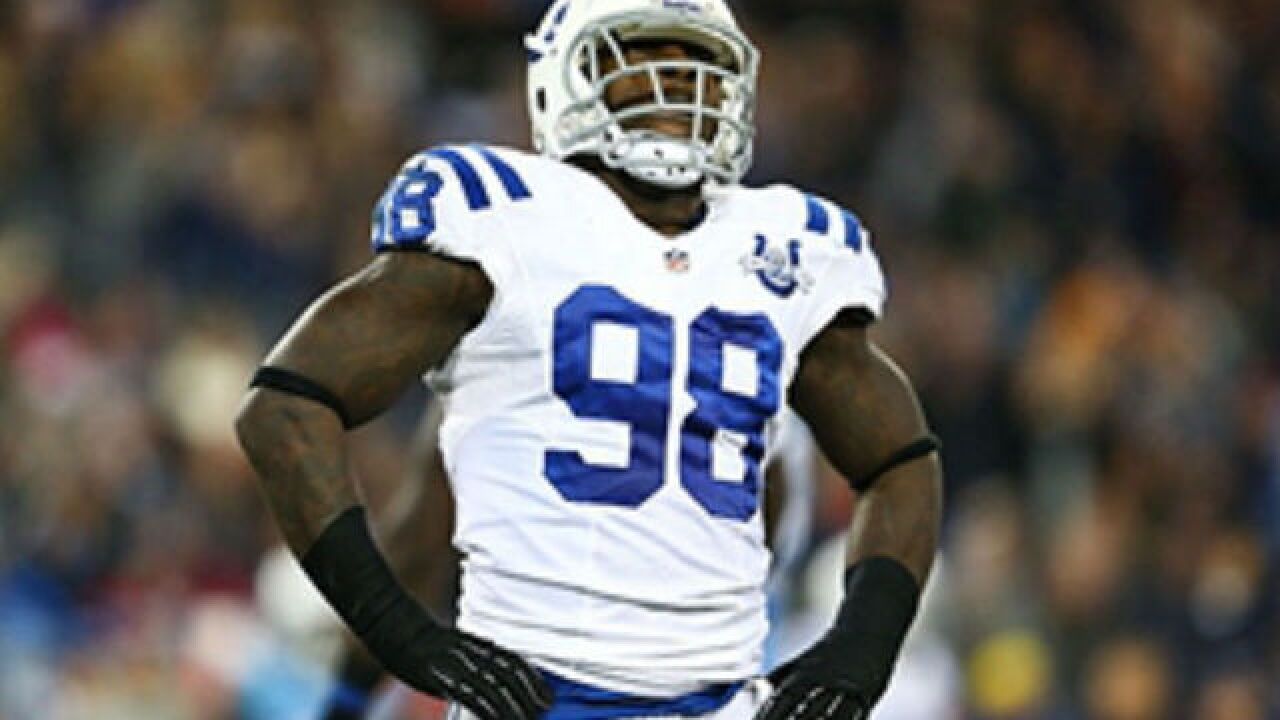 After watching the 2013 NFL sacks champion practice the past two weeks, he also has a warning for opponents: Beware.

Mathis has returned sooner than expected from a torn left Achilles tendon that forced him to miss the final 12 games last season. If Jackson's scouting report is correct, Indy's most feared pass rusher could be making life miserable for Buffalo quarterback Tyrod Taylor on Sunday.

"It looks like he hasn't lost a step," Jackson said Wednesday, relishing the thought of finally taking regular-season snaps with Mathis. "If anything, it looks like he's gained one."

While it doesn't seem possible that a 34-year-old linebacker who hasn't played a meaningful game in almost 22 months, Mathis has a track record of proving the doubters wrong.

The Alabama A&M alum slid into the fifth-round of the 2003 NFL draft largely because so many teams considered him too small to survive in a league full of big men. When Mathis emerged as one of the NFL's top sack artists, the critics contended he couldn't stop the run.

After making four consecutive Pro Bowls at defensive end, outsiders thought a move to outside linebacker would end the streak. It didn't.

And when Pro Bowl teammate Dwight Freeney departed after the 2012 season, the conventional wisdom was that Mathis would struggle. Instead, the 6-foot-2, 245-pound Atlanta native set Indy's single-season record with 19 1/2 sacks.

What followed -- a four-game suspension for violating the league's performance-enhancing substance abuse policy and a season-ending injury he sustained during a personal workout -- again raised questions about whether Mathis could defy the odds. All it really did was provide more motivation.

While Jackson and everyone else in Indy know that a healthy Mathis could provide the consistent pass rush Indy needed last season, the Colts expect two more familiar faces -- Frank Gore and Andre Johnson -- to make an already potent offense even more dangerous.

Colts fans didn't see much of the two newcomers during the preseason. Johnson had three catches for 49 yards and one TD, and Gore had two carries for 10 yards -- apparently enough work to get in sync. Their teammates already have a pretty good idea of what to expect.

"I've watched those two guys for years and they were the kind of guys you could just throw out there on Sunday and you'd know what you're going to get," Pro Bowl receiver T.Y. Hilton said. "They look ready to us. They look sharp."

Jackson believes Mathis is ready to go, too, and he could fill a more pressing need for a defense looking to improve against the run and put more pressure on quarterbacks.

"He helps us with his presence," said Jackson, who signed with Indy last year but never took a regular-season snap with Mathis. "If he's on the field, everyone gets energized. There's a sense of security for all of us.