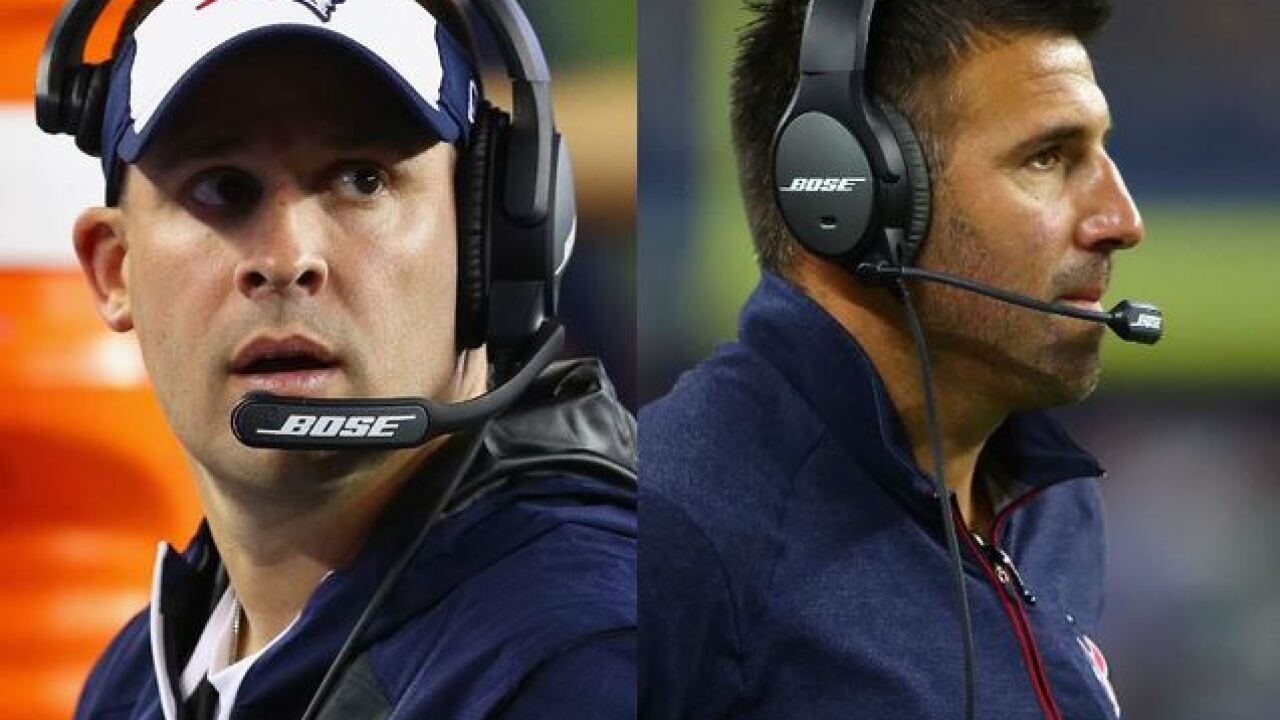 Copyright 2018 Scripps Media, Inc. All rights reserved. This material may not be published, broadcast, rewritten, or redistributed.
Getty

INDIANAPOLIS (AP) -- New England Patriots offensive coordinator Josh McDaniels could soon be on the other side of an AFC rivalry.

A person familiar with the negotiations said Monday the Indianapolis Colts are "close" to reaching a deal that would make McDaniels their next head coach. The person spoke on condition of anonymity because the two sides had not yet agreed to terms.

Even if they did reach a deal, though, league rules prohibit the Colts from making an official announcement until after the Patriots' season ends. New England will host Jacksonville in Sunday's AFC Championship game. If the Pats win, the announcement wouldn't come until at least Feb. 5.

McDaniels has been one of the league's most coveted coordinators since returning to New England in 2012. Since then, the Pats have reached six consecutive conference championship games and won two Super Bowls.

He wound up as the St. Louis Rams' offensive coordinator in 2011 before returning to New England, where he worked with Brady as the longtime Colts-Pats rivalry entered a new era with Luck behind center.

Now, after winning five Super Bowl rings and in the running for a sixth, it looks like he will get a second chance as a head coach.

The Colts job opened Dec. 31 when owner Jim Irsay fired Chuck Pagano within hours of the end of the season. Pagano was in charge for six seasons, and Indianapolis missed the playoffs each of the last three.

In November, one month after cutting short his throwing program, the top overall pick in the 2012 draft went on season-ending injured reserve. Luck then went to Europe, where he continued to rehab his throwing shoulder, and didn't return to team headquarters until the final days of the season.

It's unclear if Luck has resumed throwing as the one-year anniversary of his surgery nears. He had a partially torn labrum.

A healthy Luck would make Indianapolis one of the league's more attractive jobs because general manager Chris Ballard also has the No. 3 draft pick and almost $90 million to spend in free agency.

McDaniels was with the Patriots for the 2014 season, when the Colts and Patriots met in the infamous "deflategate" AFC title game.