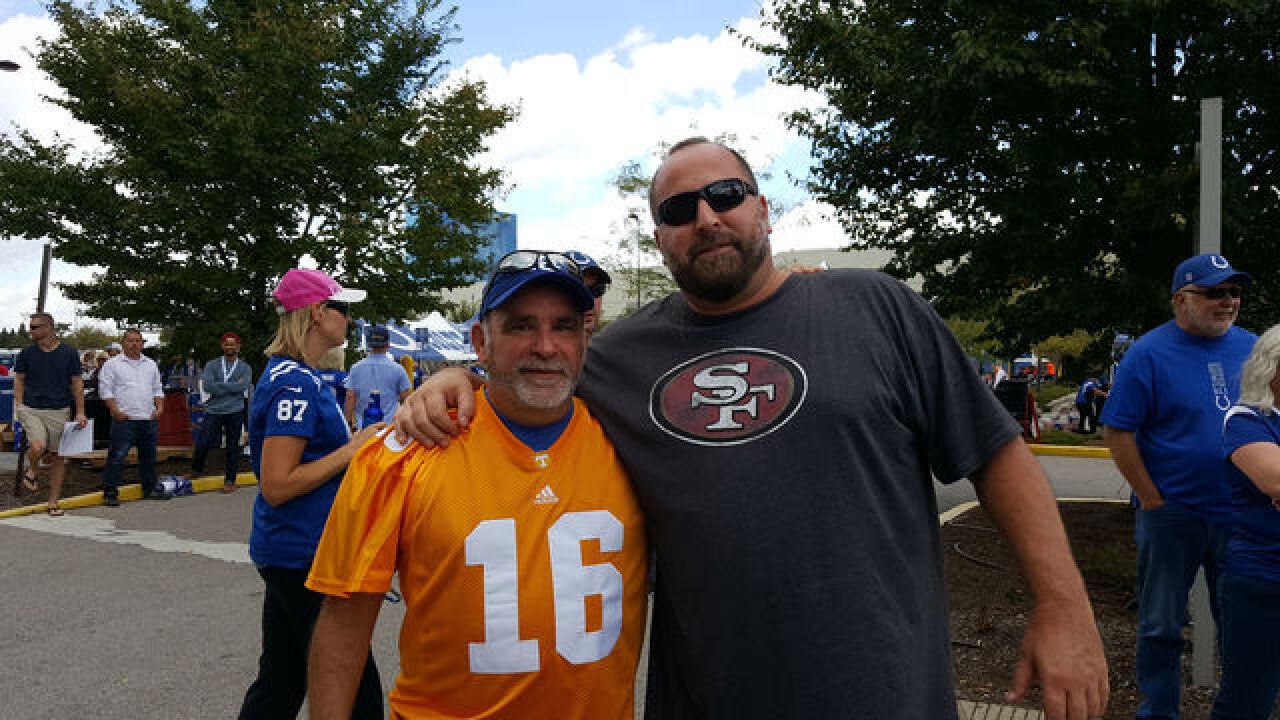 His brother Mick lives in New Jersey and had never been to Indianapolis to see his favorite team, the Indianapolis Colts, play.

After they bought the tickets and planned their trip, the Colts announced the statue ceremony for quarterback Peyton Manning.

Mick, despite living about 11 hours away, is a huge Peyton Manning and Colts fan. He has been since he was a kid, when his mother gave him a piece of Colts (then-Baltimore Colts) memorabilia.
He, like many other Colts fans, is disappointed in the current team.

“I think we got played a little, as fans with the whole ‘Luck will be back’ thing,” he said. “That’s frustrating. When you win every year, with Peyton for so many years, it’s hard to go through these 1-3 seasons like with Jeff George.”

Mick and Brian, loving the city, were going to stop in Pittsburgh for Primanti Bros., before learning there was one walking distance from their hotel.

Instead of just going to the game, the two decided to make a weekend of it and come to Saturday’s statue ceremony.

“This was icing on the cake, I can’t believe I’m here,” Mick said.