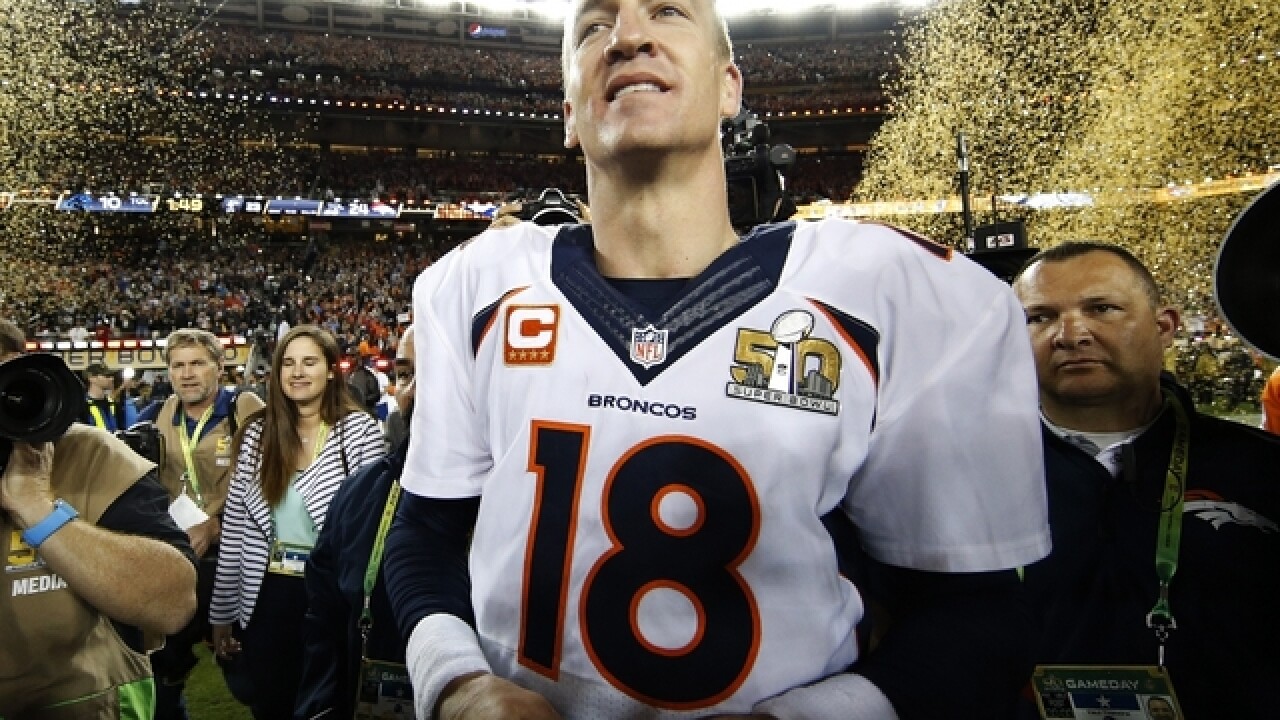 INDIANAPOLIS -- Peyton Manning has been named one of the 20 most dominant athletes over the past two decades by ESPN.

ESPN released the list in honor of their 20th anniversary.

"He made being elite look ordinary; he was just that good," ESPN said about Manning.

Manning came in at number three on the list with a dominance rating of 12.7. The only two athletes more dominate than Manning over the past 20 years, according to ESPN, have been Lebron James and Tiger Woods, who came in at the top.

"The 539 passing touchdowns, an NFL record. The 71,940 passing yards, also a league mark. The 186 wins at quarterback, the most in the NFL at the time of his retirement -- a record that he held until last October, when foil and fellow ridiculously dominant QB Tom Brady seized that honor. Ponder the sheer amount of year-in, year-out greatness required to amass those numbers. Those 539 TDs? He threw for at least 25 touchdowns in 16 seasons -- three more than Brady. The 71,940 yards? He racked up 4,000-yard seasons before they were de rigueur, reaching that mark 14 times overall (more than any other quarterback) and every year from 1999 to 2004, when no other QB did so more than two times. The 186 wins? Those can add up when you boast a .750 winning percentage (or better) against half the league. Dominating opponents? Nothing out of the ordinary. --Hallie Grossman"