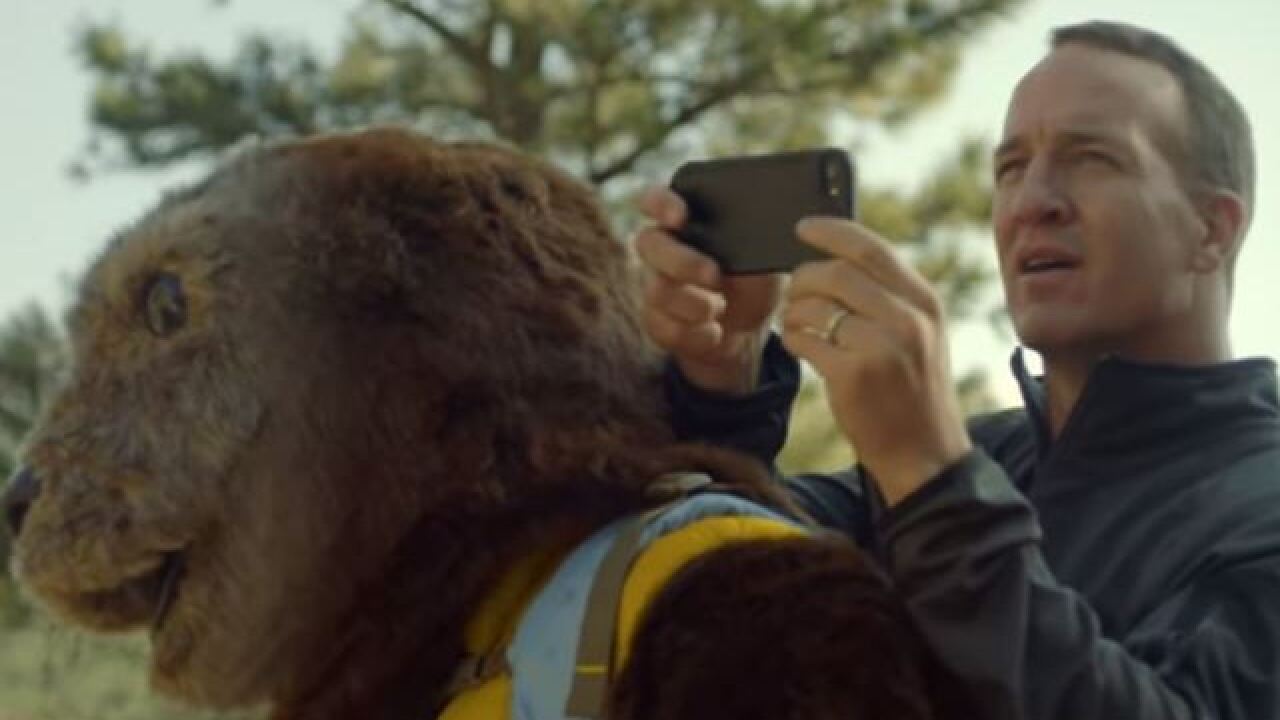 Copyright 2017 Scripps Media, Inc. All rights reserved. This material may not be published, broadcast, rewritten, or redistributed.
OtterBox

INDIANAPOLIS -- Peyton Manning is spending his retirement wisely using his skills behind a camera.

The three ads below will run both on television and online during the upcoming NFL season and allude to the company’s slogan “Unapologetically Overprotective.” Make sure you pay attention to the fine print.

In the first commercial, Manning comes across a couple of hikers who want to take a photo with him – but Ollie the Otter decides they’re getting a little too close.

In the second commercial, Ollie the Otter has to protect Manning from the danger of making s’mores.

And the third commercial shows the overprotective otter carrying Manning on his back while hiking.

It's safe to say we'll be seeing a lot of Peyton during this year's NFL season.