Peyton Manning vs. Andrew Luck: How their stats stack up 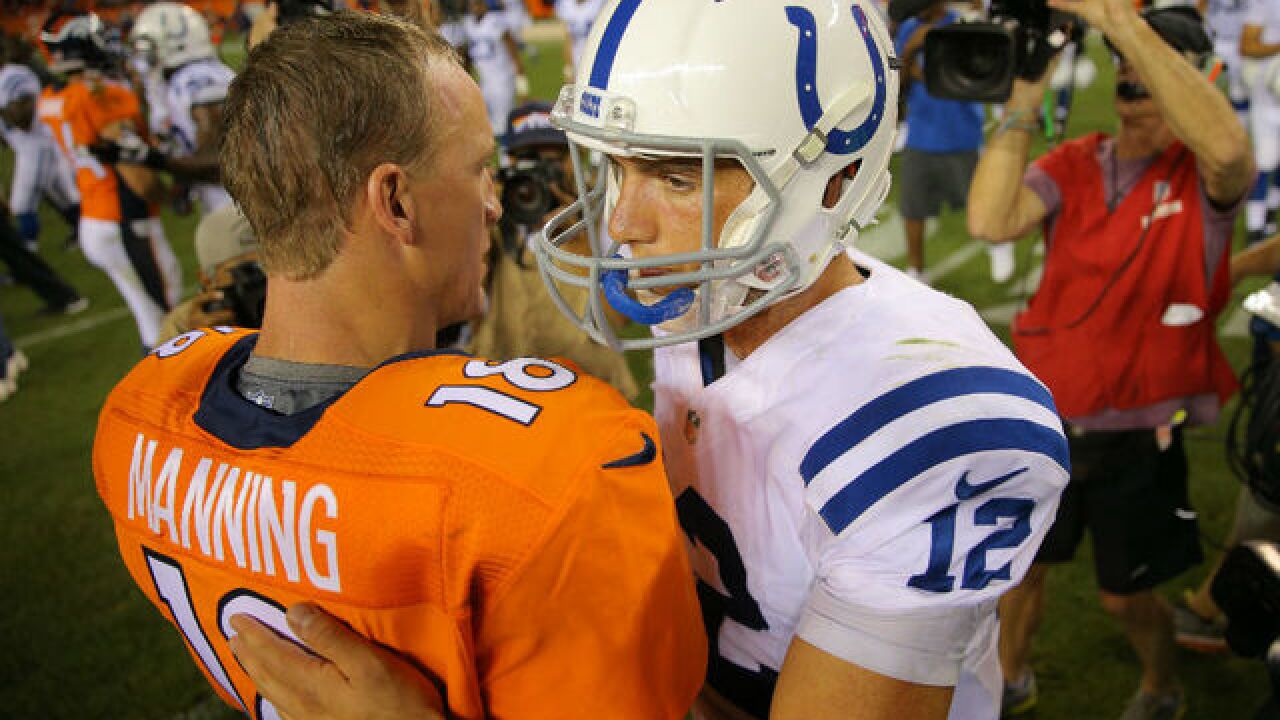 In 2015, we looked at both quarterbacks numbers, and found they had nearly identical numbers in a lot of categories.

Two years later, not much has changed statistically, but the story behind the numbers is very different.

For this breakdown, we looked at both players' first five years in the league. It should be noted Luck hasn't yet played this season, which is his sixth.

There are a few glowing differences between their games.

With a lot of discussion about Luck's turnover problem, he's far behind Manning in interceptions. Through five years, Manning threw 100 picks (an average of 20 per year!), while Luck has thrown 68 (average of about 14 per year). On the other side, Luck took about 50 more sacks than Manning, 156 to 108.

Luck missed 10 games for the Colts due to injury (and he's continuing to miss more in season No. 6), while Manning famously started every game until 2011.

Their stats are still similar, but Luck is running out of time for that to still be true. In Manning's sixth season, he started to show he was an elite quarterback, with his record-breaking season coming a year later.

Take a look at their statistics in the table below.