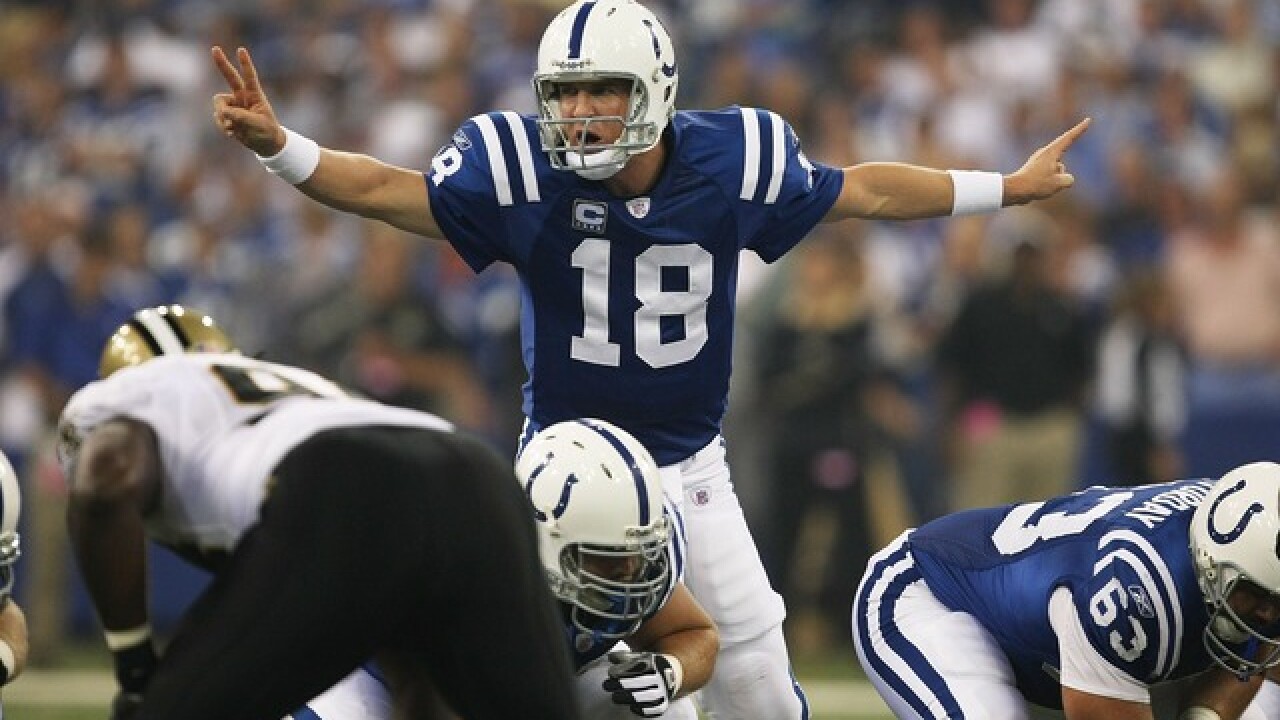 Copyright 2017 Scripps Media, Inc. All rights reserved. This material may not be published, broadcast, rewritten, or redistributed.
Jonathan Daniel
<p>INDIANAPOLIS - SEPTEMBER 06: Quarterback Peyton Manning #18 of the Indianapolis Colts calls an audible against the New Orleans Saints in the first NFL game of the season at the RCA Dome on September 6, 2007 in Indianapolis, Indiana. (Photo by Jonathan Daniel/Getty Images)</p> 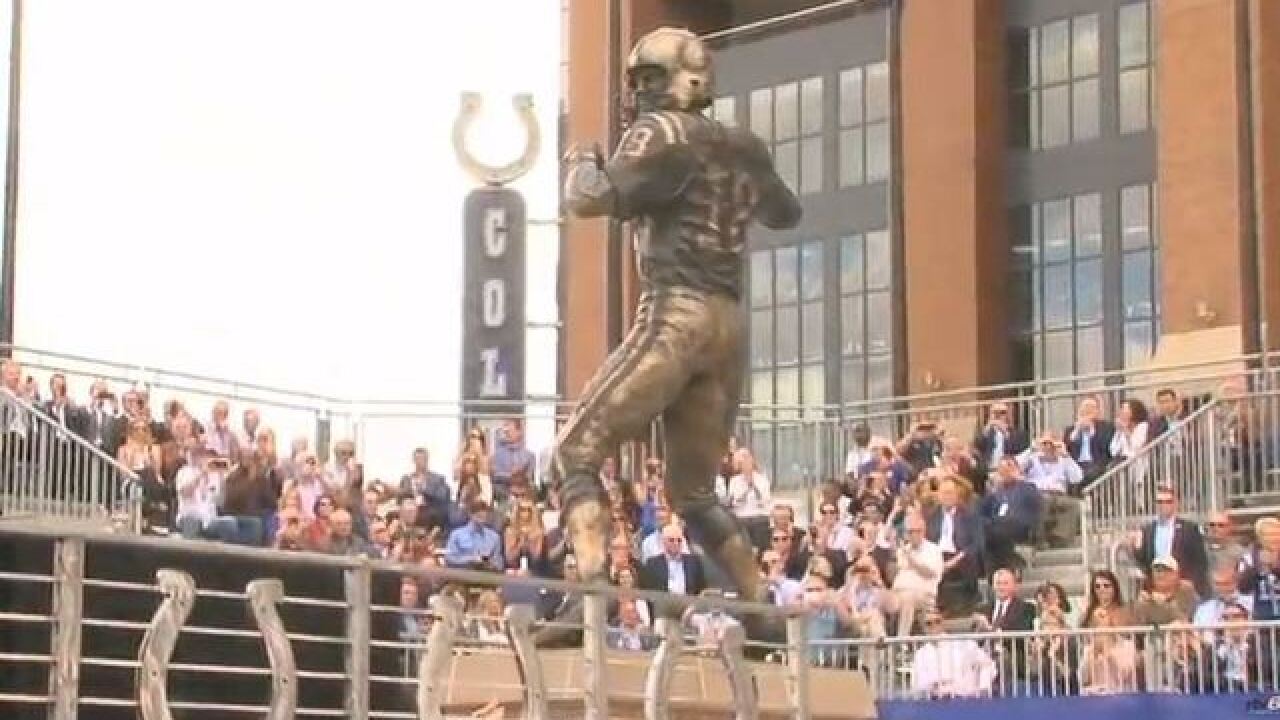 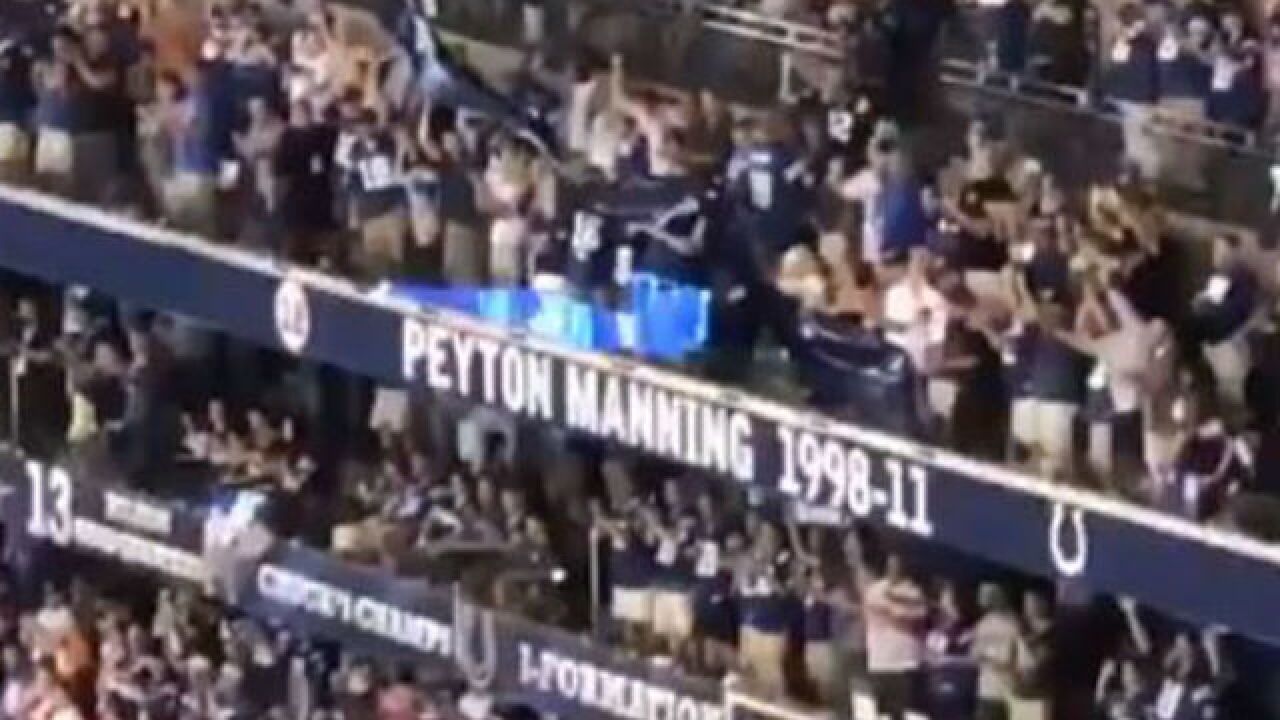 INDIANAPOLIS -- Peyton Manning put his No. 18 jersey on in Indianapolis for 14 years. And now, nobody will wear it ever again.

Manning's jersey was retired Sunday at halftime of the Colts-49ers game, a day after a statue of him was unveiled in front of Lucas Oil Stadium. He was also inducted into the Colts Ring of Honor.

How will Manning be remembered as a football player?

Every all-time great athlete has their own legacy – something they’re remembered for long after they retire.

But what’s Manning’s? How about “Omaha!”

The former Colts quarterback, since he entered the league in 1998, has been known for changing the play at the line of scrimmage.

It’s one of the countless things that made Peyton Manning so memorable and great through his 14 seasons as an Indianapolis Colt. He may be most famous for “Omaha!” in his Denver days, but it started long before then.

In his early days with the Colts, Manning was seen – and heard – making changes to the play. He’d run from lineman to lineman, making sure they got the correct call. He’d make hand signals, points, motions, stomps, sometimes changing the play, sometimes not.

And then there were the strange audible calls.

In an NFL films video, appropriately titled “Just Snap the Damn Ball,” Manning said he and longtime Colts offensive coordinator Tom Moore got together to come up with the codewords in his second or third season.

Manning’s calls at the line of scrimmage sounded less like a football play and more like a complicated Starbucks order.

At this point, Manning’s “Omaha!” is synonymous with Manning and his time in Denver. For the record, Manning has said it’s basically a word that meant there was low time on the play clock, and the play had been changed. But Reggie Wayne, who played with Manning for so many years in Indianapolis, has said it means “Opposite,” for both words starting with “O.”

With the help of the play changes at the line, Manning played his way to a Super Bowl championship with the Colts in 2006, not to mention the countless records he set along the way.

Manning helped put Indianapolis football on the map. Before him, Indiana mostly cared about basketball and auto racing.

“There’s probably not a more transformative figure, certainly in sports and maybe even beyond that, in the Indianapolis market,” Boles told ESPN in 2016 . “I think [Manning’s] personality and his work ethic and the way he led through with leadership was really what made it easy to fall in love with not only the winning, but also fall in love with the Colts and it really becoming a football town.”