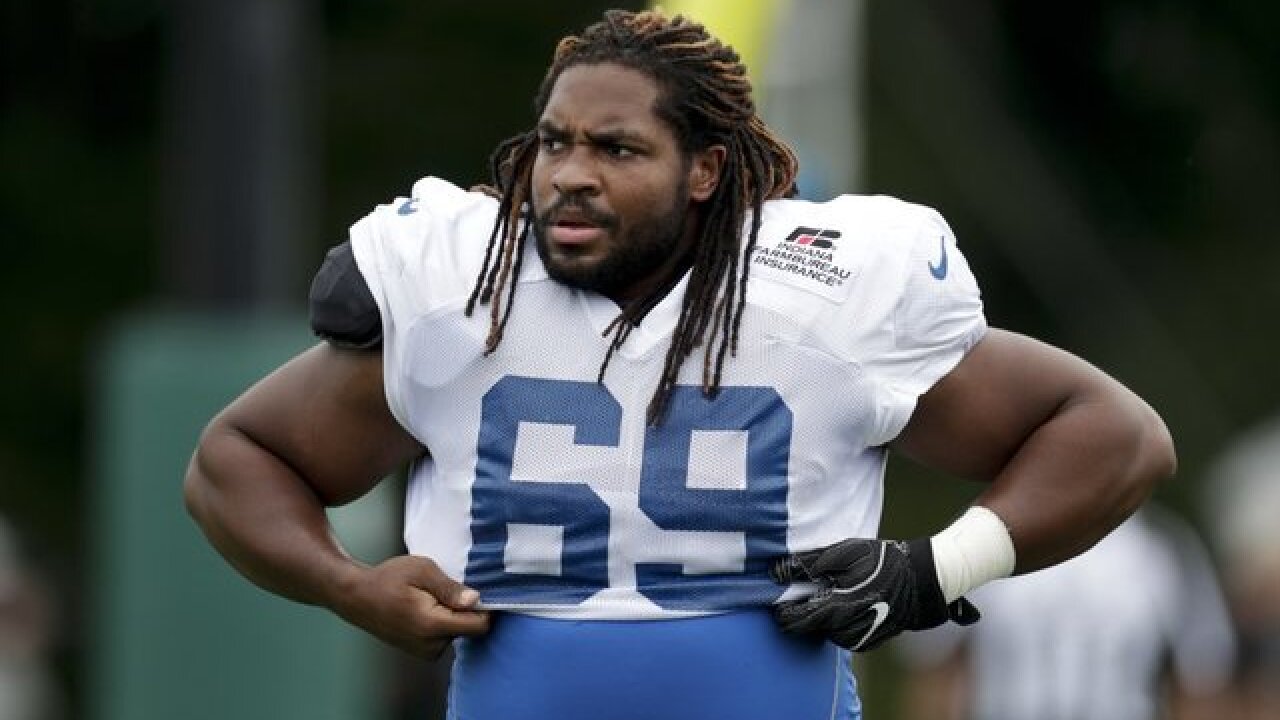 For the undrafted rookie who attended high school on Indy’s east side before heading to Cincinnati, cutdown weekend seemed like the perfect antithesis of draft weekend.

In the spring, every college prospect dreams of picking up the phone and hearing an NFL team on the other end. But if that call comes in the first 72 hours following the preseason finale, everyone knows it’s probably time to turn in a playbook and find another job.

So Bond spent those first 24 hours waiting it out alone before accepting a dinner invite from his mother across town.

“I didn’t really come out of my room that first day. Didn’t get the call,” Bond said. “So my mom had ended up telling me she wanted to have dinner for me and I went over and she surprised me with a lot of family. So it was an exciting time in my life.”

It seems just about everyone who’s played in the NFL has some semblance of the same story.

Hall of Fame coach Tony Dungy often started decision weekend by talking about when he sat inside a room with Pittsburgh Steelers greats Joe Greene, Mel Blount, Terry Bradshaw and Franco Harris when the knock on the door came. Dungy took a quick look around the room and instantly realized none of the four future Hall of Famers were about to be cut.

But this weekend, all around the league, the stories bubble up again.

Bond and a few teammates have already recounted their tales to a group of wide-eyed rookies, still hopeful of landing their dream job and some of whom envision extending the Colts’ streak of consecutive seasons with an undrafted rookie on the opening day roster.

Last year, Bond and punter Rodrigo Sanchez helped keep the streak alive. Now, a whole new batch of rookies will try to make it 20 consecutive years albeit on a roster with significantly fewer openings.

“I’ve heard, a couple times,” said linebacker Skai Moore, the South Carolina product who started turning heads in rookie minicamp. “What’s it been, like 19 seasons an undrafted rookie made the team? Yeah, I’ve heard that a couple times. I hope I can (make it 20).”

He’s been starting at middle linebacker while Anthony Walker recovers from an injured groin. But Moore isn’t the only potential prospect on the roster.

Cornerback Henre’ Toliver has steadily moved ahead of several other undrafted rookies on the depth chart and now may have to fend off Lenzy Pipkins, whom Indy acquired in a trade with Green Bay earlier this week.

Receiver Steve Ishmael is fourth on the team in receptions while safety George Odum has one of the Colts’ two interceptions. Kicker Mike Badgley is 5 for 5 on field goals, including a 51-yarder he made in the fourth quarter of Saturday’s win over San Francisco.

Each has one more chance to impress the coaches at Cincinnati on Thursday.

The biggest longshot might be Badgley, who finds himself behind one of the most reliable kickers in NFL history. Adam Vinatieri enters the season needing seven field goals to become the league’s career leader and 58 points to pass Morten Andersen as the league’s career scoring leader.

Badgley has done nothing to hurt himself and may actually have done enough to find a spot on another team. Besides, he has Vinatieri’s stamp of approval.

“He’s wise beyond his years and we have had a lot of good conversations,” Vinatieri said. “He’s a really strong-minded kid and obviously very, very talented as well. So here, there, anywhere, he’s going to be successful.”

The reality of the salary cap is teams need productivity out of capable, less costly players such as Moore and Bond.

Bond did his part in 2017, replacing the injured Ryan Kelly as Indy’s starting center for the first four games — until he was carted off the field at Seattle with a season-ending torn quadriceps.

There have been plenty of examples of other undrafted rookies playing big roles for the Colts. Center Jeff Saturday signed with Indy after selling electrical supplies in North Carolina and went on to form the longest-playing center-quarterback duo with Peyton Manning in league history.

Dominic Rhodes rushed for 1,104 yards as a rookie in 2001 after replacing the injured Edgerrin James. Five years later, Rhodes had a vital part in Indy’s Super Bowl title-winning run.

Pro Bowl tight end Jack Doyle wound up making the Tennessee Titans as an undrafted rookie before the Colts claimed him off waivers in 2013.

And Bond’s advice to Moore, or anyone else feeling the angst this weekend is simple: Keep the head up and the phone might not ring.

“I wouldn’t say you should be nervous about it. I would say just stay positive,” he said. “This is not just an interview with the team you’re playing with at the time, it’s an interview for every team in the league. So keep a positive mindset and go out and perform at your best.”