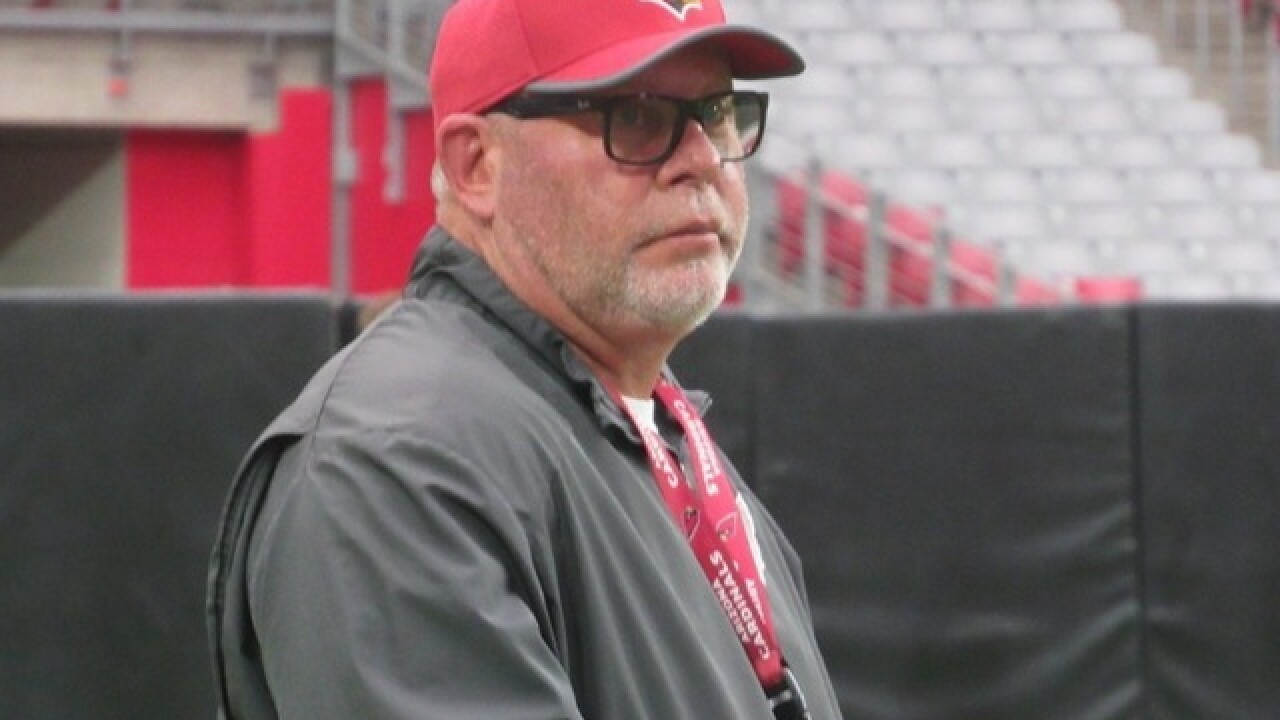 Copyright 2017 Scripps Media, Inc. All rights reserved. This material may not be published, broadcast, rewritten, or redistributed.
<p>Bruce Arians</p>

PHOENIX - Bruce Arians does not intend to return as the coach of the Arizona Cardinals next season, multiple sources confirm to RTV6 Scripps Sister Station ABC15 Sports Director Craig Fouhy.

Fouhy has learned that Arians has told many close to him that he intends to make the 2017 season his last with the Cardinals. Fouhy's sources include two NFL coaches.

Arians has since denied the report, posting directly about it on Twitter.

Hearing reports I'm retiring. News to me. Nothing could be further from truth & 100% focused on getting back on track at SF! #birdgang

"Even if it’s true, this is the last thing Arians is going to want to announce right now,” Fouhy said. “I’m not surprised he is denying it. Of course the Cardinals don't want this distraction during the middle of the season. You're seven games into the season with nine games to go. The last thing you want to have to discuss is your coach possibly retiring."

Arians has also refuted the report in a text message to ESPN's Ian Fitzsimmons.

"I don't know who put that out there," Arians told Fitzsimmons. "But that's something I never think about until the end of the season. I'm just focused on being 1-0 this week."

The Cardinals are 3-4 through the first seven games of the season and lost starting quarterback Carson Palmer to an arm injury during Sunday's loss to the Rams in London. Palmer could miss up to eight weeks of action. Starting running back David Johnson has been out since Week 1 with a wrist injury.

The Cardinals are off this week and will travel to San Francisco to play the winless 49ers on Nov. 5.

Arians is a two-time AP NFL Coach of the Year -- with the Colts in 2012 and the Cardinals in 2014. He led the Cardinals to a franchise-best 13 wins and an NFC Championship Game appearance in 2015.

Arians has over 40 years of coaching experience. He was the head coach at Temple University from 1983-88 and won two Super Bowls as a member of the Pittsburgh Steelers coaching staff. He helped guide the Steelers past the Cardinals in Super Bowl XLIII when he was Pittsburgh's offensive coordinator.