Report: Josh McDaniels may not leave Patriots for Colts after all 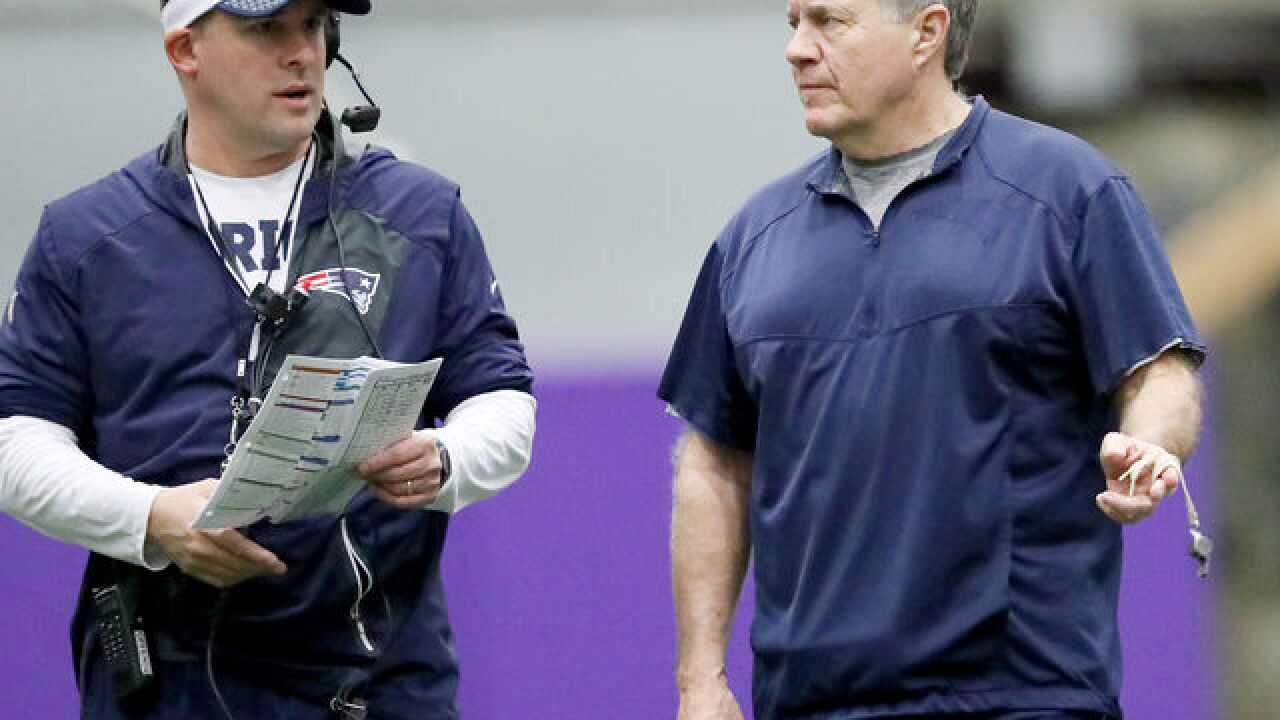 Copyright 2018 Scripps Media, Inc. All rights reserved. This material may not be published, broadcast, rewritten, or redistributed.
Courtesy Getty Images

INDIANAPOLIS -- It's been a foregone conclusion for a few weeks that Josh McDaniels will be coming to the Indianapolis Colts to be the team's head coach. But a new report says that may not be the case.

ProFootballTalk.com's Mike Florio reported Sunday evening that there has been "chatter" that McDaniels may decide to not leave New England for the Colts.

It's been reported across NFL media for weeks that the Colts and McDaniels had a deal in place, but there's nothing stopping McDaniels from changing his mind before he officially signs a contract with the team.

After the game, McDaniels refused to talk about the rumors about the Colts.

As Florio notes, McDaniels could be sticking around to replace head coach Bill Belichick if Belichick unexpectedly retires. Belichick will be 66 when next season begins.

If McDaniels does decide to snub the Colts and stay with New England, it could leave the Colts scrambling to find a new coach. The Arizona Cardinals, Oakland Raiders, Tennessee Titans, Chicago Bears and New York Giants have all announced their new head coaches.

Sports Illustrated's Peter King reported that during the week before the Super Bowl, McDaniels took a wrong turn out of his hotel and ended up inside the Mall of America. Patriots fans chanted for him to stay with the team, instead of leaving to join the Colts. King also noted that the Patriots expect McDaniels to leave.