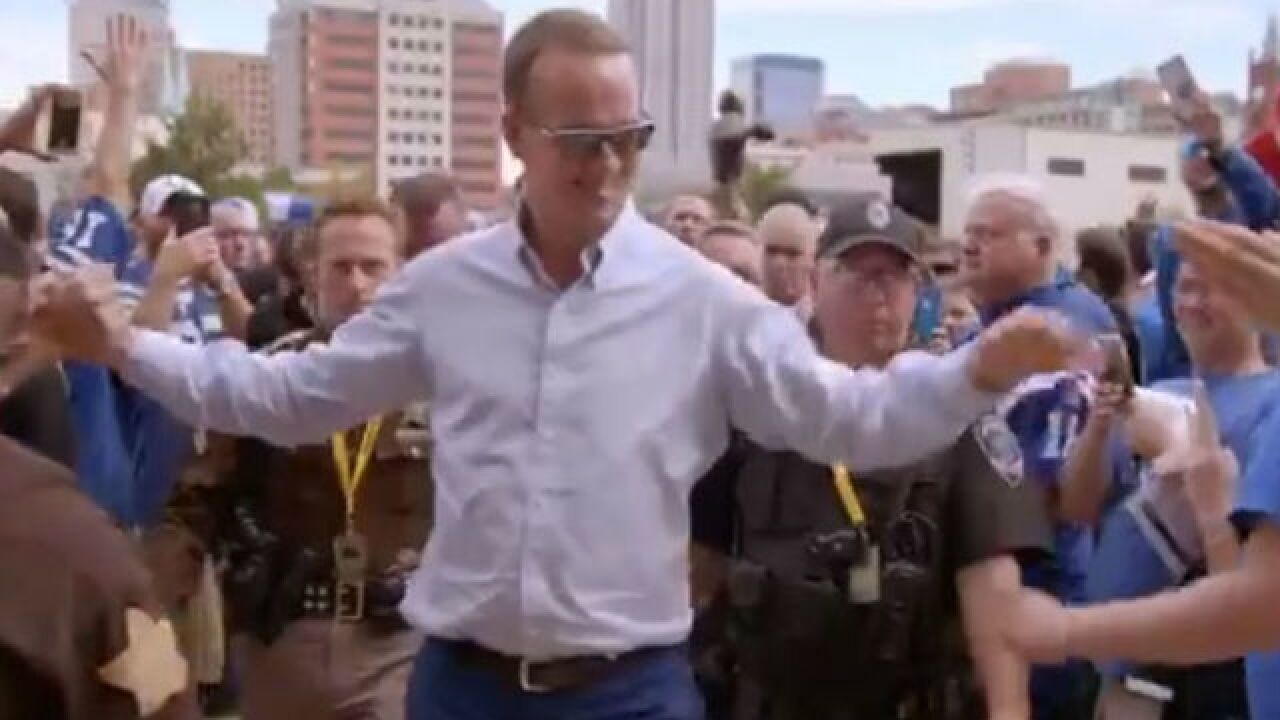 INDIANAPOLIS -- Two TV networks, ESPN and Fox, are both vying for former Colts quarterback Peyton Manning's services as an analyst for their NFL broadcasts, according to a New York Post report.

The New York Post report says both networks have approached Manning multiple times since he retired, but he's always declined. Manning's goal is not to be a TV analyst, but to run a team's football operations with an ownership stake.

According to a New York Post source, ESPN is prepared to "back up the truck" for Manning, willing to break the bank to get him into their Monday Night Football booth. The previous Monday Night Football analyst, Jon Gruden, was reportedly ESPN's highest-paid employee at more than $6.5 million.

Fox is trying to get Manning for its new Thursday night package, which it just acquired in a 5-year deal.

But Manning won't take a TV job unless he is "fully committed."

Since retiring from the NFL in 2016, Manning has golfed with President Trump, fished with Dierks Bentley, hosted the ESPYs, and been in even more commercials.

MORE PEYTON MANNING | Manning fishes with Dierks Bentley in Colorado | Former NFL referee has an unusual Peyton Manning story | Peyton had only one request when it came to his statue | Peyton spotted at the White House after reportedly playing golf with President Trump | Senator Peyton Manning? Maybe, maybe not | Peyton Manning tapped as host of 2017 ESPYS