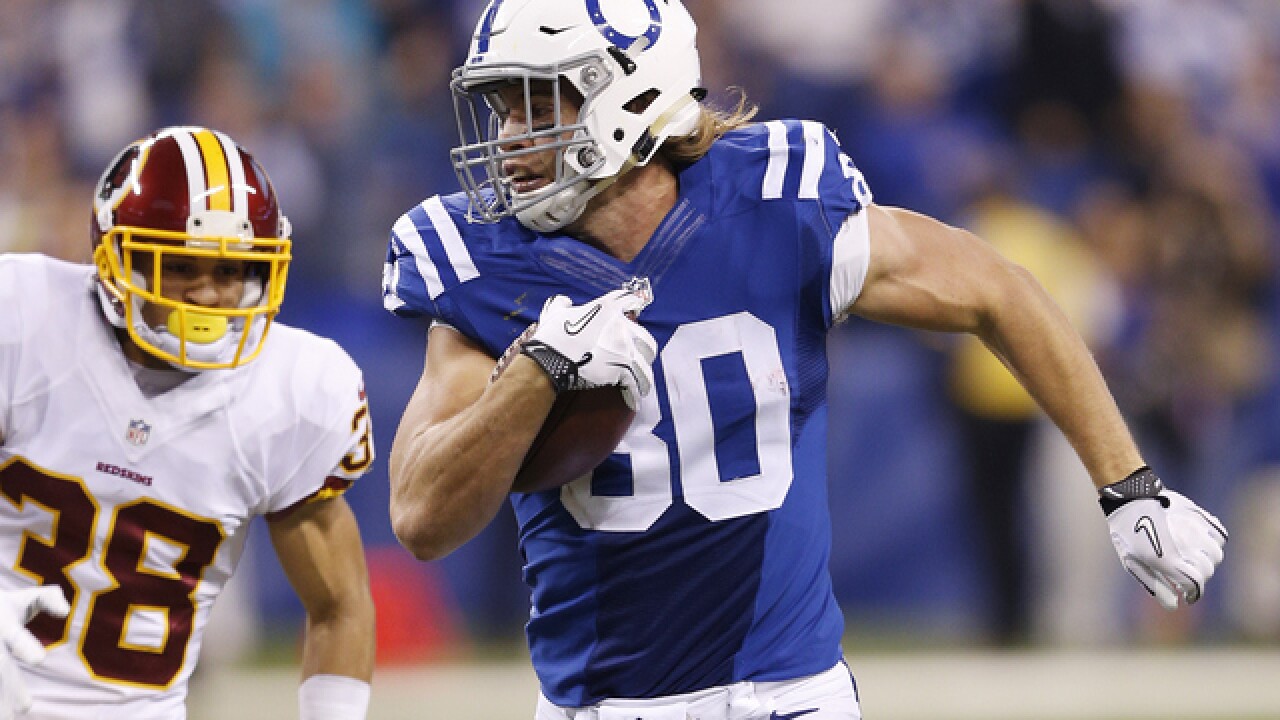 Copyright Getty Images
Joe Robbins
<p>INDIANAPOLIS, IN - NOVEMBER 30: Coby Fleener #80 of the Indianapolis Colts runs downfield on a 73-yard touchdown reception in the second half of the game against the Washington Redskins at Lucas Oil Stadium on November 30, 2014 in Indianapolis, Indiana. The Colts defeated the Redskins 49-27. (Photo by Joe Robbins/Getty Images)</p>

Fleener has played two seasons for New Orleans, with whom he signed a five-year, $36 million free-agent contract in 2016 -- two seasons after the Saints had traded away star tight end Jimmy Graham.

Fleener began his NFL career in 2012 Indianapolis. In 2014, he was among Colts quarterback Andrew Luck's top targets, with 774 yards and eight touchdowns receiving.

He was Luck's college teammate at Stanford.