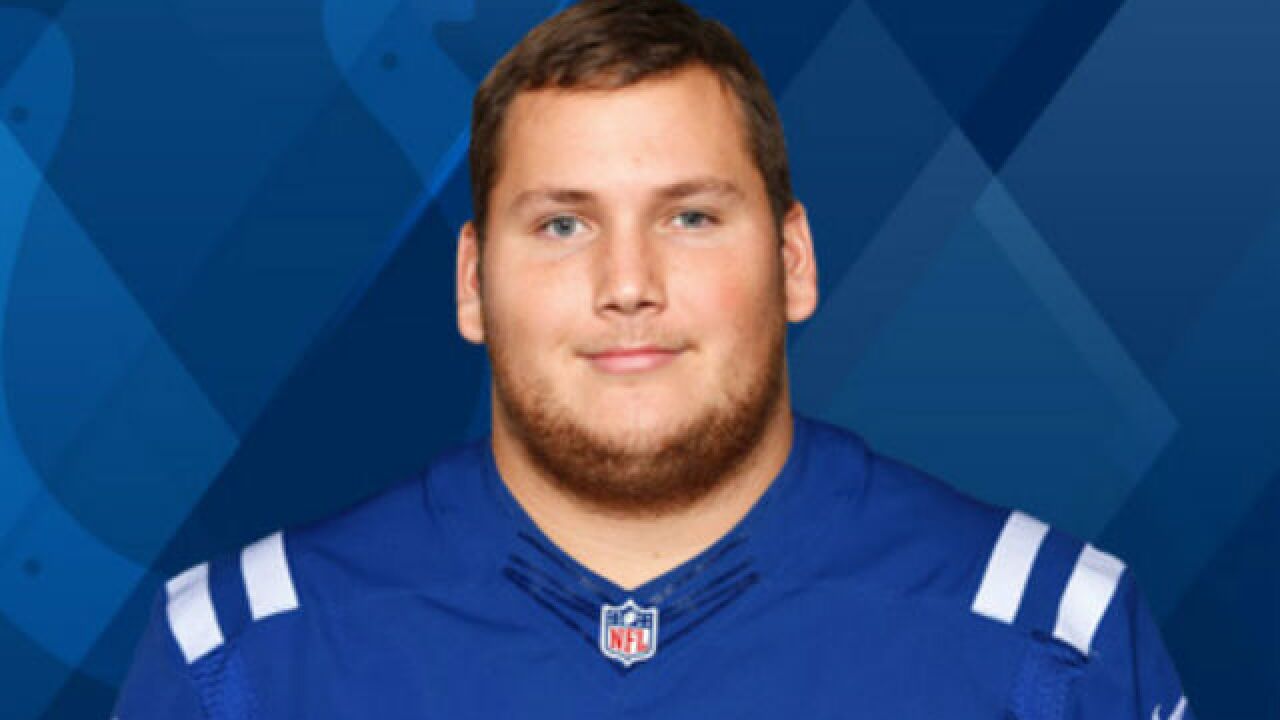 Copyright 2017 Scripps Media, Inc. All rights reserved. This material may not be published, broadcast, rewritten, or redistributed.
Courtesy Colts.com

They may, finally, have one solution.

Veteran interior lineman Brian Schwenke was activated from the physically unable to perform list Wednesday, providing some badly needed depth almost two weeks after starting center Ryan Kelly went down with a foot injury that will keep him out of the season opener and possibly for as much as eight weeks.

"It definitely heightened the urgency to get back," Schwenke said. "But you can't rush it."

What's unclear is how much time Schwenke will get -- if he plays at all -- Saturday at Pittsburgh.

The Colts want to find out where the free agent signee fits best, center or guard, but he was limited at Wednesday's practice and probably will be again Thursday before the Colts head out of town.

With Kelly undergoing surgery and Schwenke just returning from a broken bone in his foot, undrafted rookie Deyshawn Bond and converted guard Adam Redmond have been pressed into service. Bond has started the first two preseason games. Redmond bungled one snap last weekend at Dallas.

Coach Chuck Pagano has given Bond good marks so far, but the 6-foot-3, 310-pound Schwenke may be a better option as Kelly's replacement.

He is taller and heavier than the 6-1, 299-pound Bond and Schwenke is vastly more experienced than either of the other two centers. Schwenke started 28 games in four seasons with Tennessee while Redmond spent most of last season on Indy's practice squad.

"I'm confident in my ability to play and you definitely want to get those reps under your belt," Schwenke said. "It's important to get back and get in there."

While Schwenke's presence should help solidify things inside, the search for other solutions continues.

Le'Raven Clark, the projected starting right tackle, was demoted after the first preseason game and then was singled out by Pagano for a "foolish holding penalty again" last Saturday against Dallas . Jeremy Vujnovich, who played in two games as a rookie in 2016, appears to be the replacement for now.

Vujnovich also has played inside because the Colts have been cautious with left guard Jack Mewhort and right guard Joe Haeg. Mewhort finished last season on injured reserve because of knee surgery. Haeg missed time earlier in training camp with a burner.

Meanwhile, Denzelle Good, who started 10 games at right guard last season, is trying to hold onto the No. 2 spot on the depth chart behind Haeg.

Getting Haeg, Mewhort and Schwenke back to full health certainly should help the Colts, but offensive coordinator Rob Chudzinski worries the Colts' continuity has taken a hit.

"We've had a lot of guys out, a lot of guys in part time and out part time, and that's my biggest concern as they're coming back," Chudzinski said. "Look, he (Schwenke) is a professional. He's been sitting in meetings and going through walkthroughs, so we'll see how quickly he can come back."