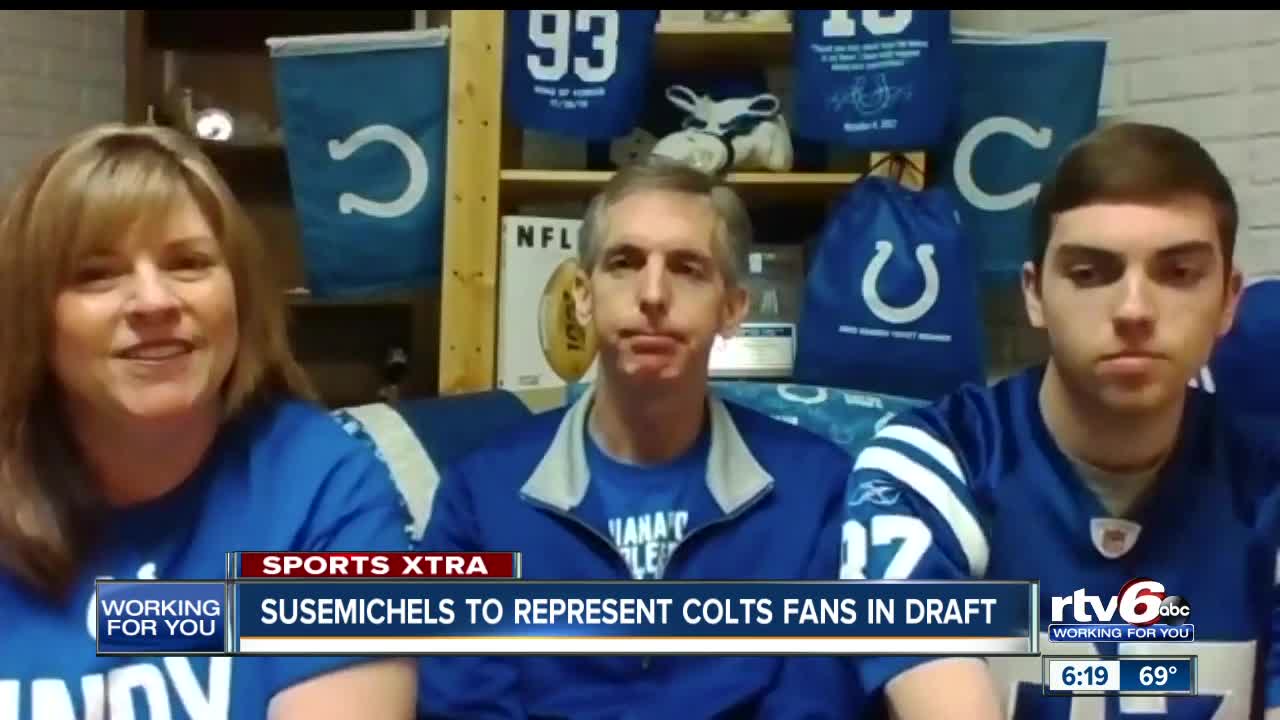 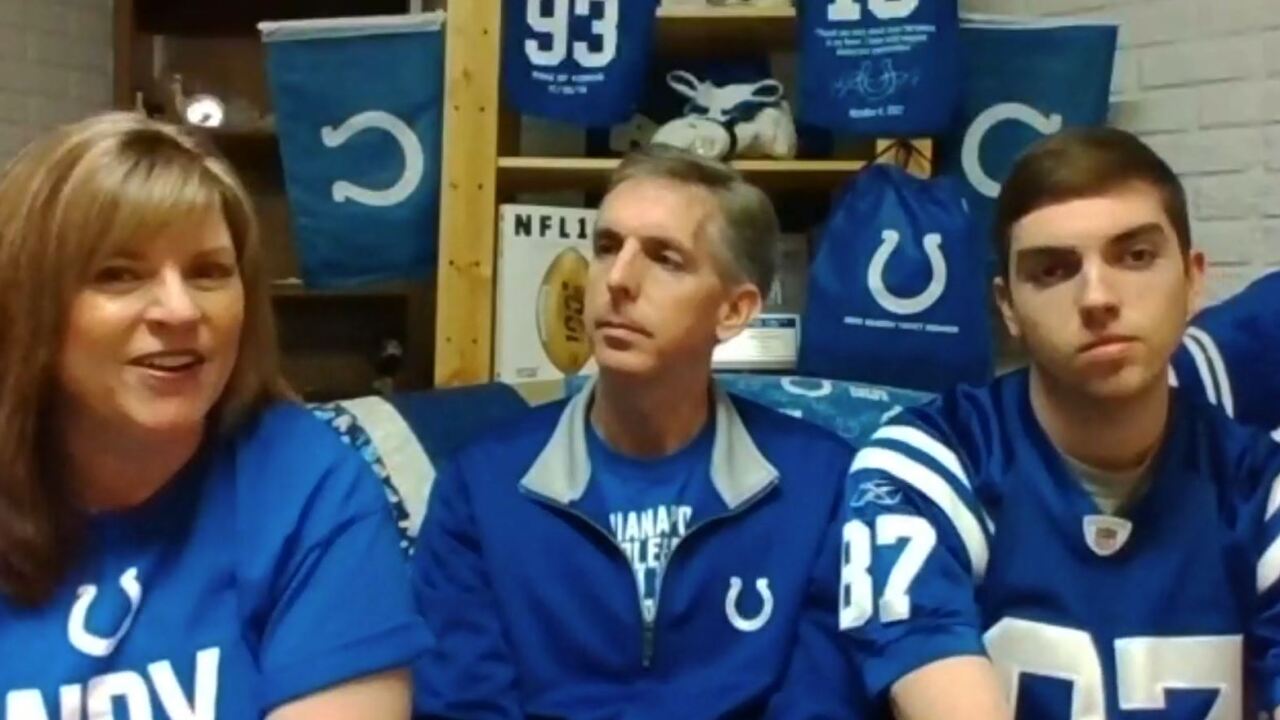 INDIANAPOLIS — It was supposed to be crowded, with thousands of NFL fans from across the country descending on the Las Vegas strip to take part in the annual NFL Draft.

The Susemichel family — Lisa, Paul and son Nick — won a drawing from the Colts to be in Vegas this week.

Instead, the Colts sent a care package and lined them up to be part of the TV coverage with the network expected to cut to their computer camera to get their reaction to the Colts picks.

The family doesn't quite know what to expect.

"Other than to know to just be ready," Paul said. "And knowing when it's our turn. We're supposed to be excited for our picks."

The Susemichels have had season tickets ever since the team moved from Baltimore. Nick's middle name — Peyton.

And this Purdue freshman already has his response down.

Can the Colts pick up a Reggie Wayne in the draft?

"We certainly hope so," Nick said. "You know, there's a lot of talent in the wide receiver position in this draft, especially a lot in the first round. But, since we've got the second pick in the second round we can take a receiver to complement T.Y. Hilton.

Armed with flags, hats and autographed footballs, the Susemichels are ready. And there's nothing virtual about that.

Do they feel any pressure?

"Absolutely," Paul said. "Big supporters of the organization and have always been happy with what Mr. Irsay has done for the community. We will definitely try to show our support and make Colts Nation proud."

The NFL Draft begins Thursday night and can be seen on RTV6 beginning at 8 p.m.