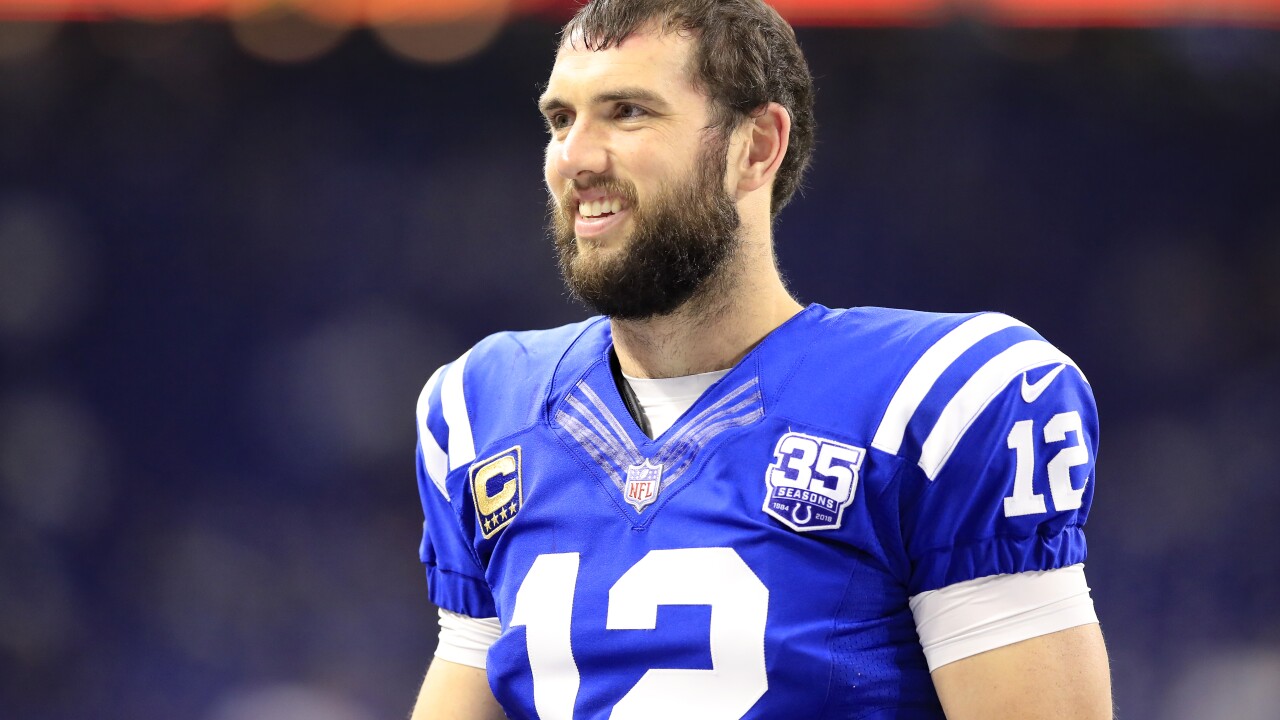 INDIANAPOLIS — Indianapolis Mayor Joe Hogsett has declared Tuesday, September 3 as "Andrew Luck Day" to celebrate the impact the quarterback has had on the city and its residents since joining the Colts.

"While Luck announced his retirement last month, the quarterback will remain a Hoosier for life, making an impact on Indianapolis residents with his dedication to Riley Hospital for Children where he delivered gifts, caroled during the holidays, sent messages of encouragement to staff, and made surprise visits to patients fighting for their lives," the mayor's office said in a press release. "Additionally, he established the “Change the Play” program to teach kids around the state about proper nutrition, physical fitness, and education and created the “Andrew Luck Book Club” where he promoted the power of literacy and education to readers of all ages and abilities."

Indianapolis residents are encouraged to use the hashtag #ThankYouAndrewLuck on social media throughout the day to share why they are thankful Andrew Luck is a part of the Indianapolis community. And make sure you tag the Colts, too.