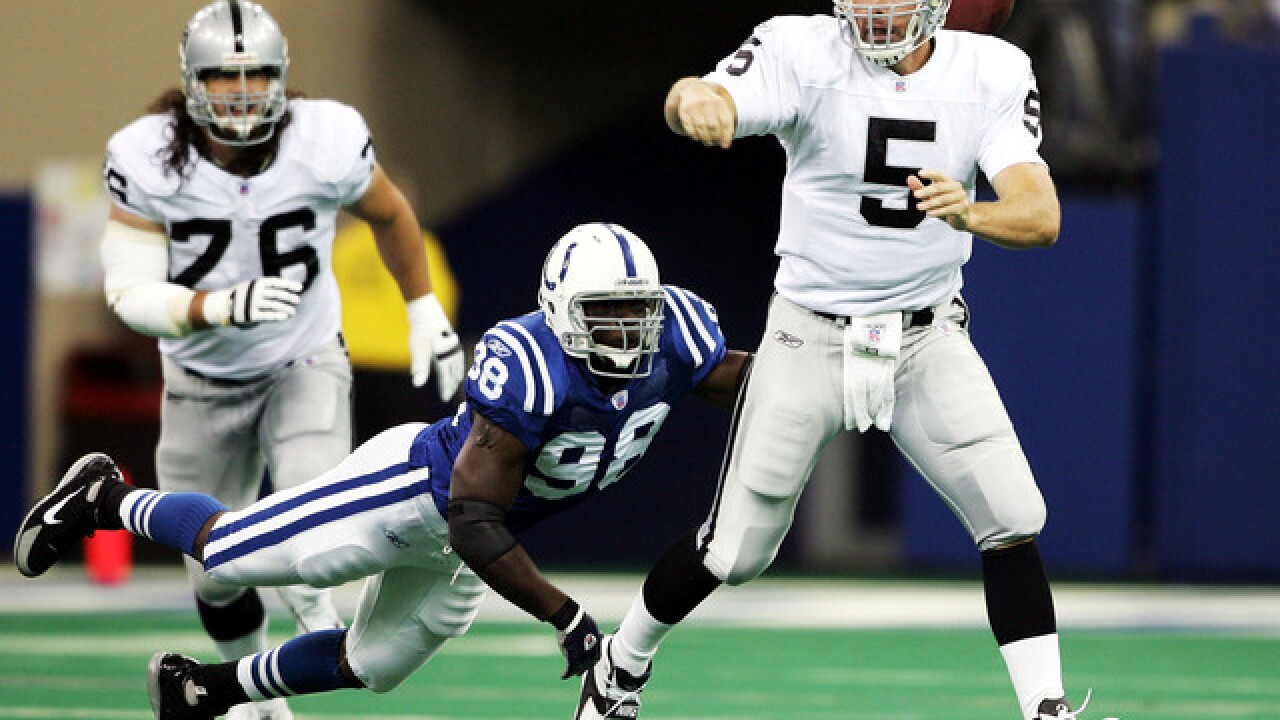 Andy Lyons
INDIANAPOLIS, IN - OCTOBER 10: Kerry Collins #5 of the Oakland Raiders fumbles the ball while defended by Robert Mathis #98 of the Indianapolis Colts at the RCA Dome on October 10, 2004 in Indianapolis, Indiana. (Photo by Andy Lyons/Getty Images)

INDIANAPOLIS -- After 35 years, the voice of the Colts, Bob Lamey, announced on Sunday that he is retiring.

Lamey's voice could be heard announcing the play-by-plays for Colts radio broadcast and spent 23 years at WIBC Radio.

“I have had a great deal of fun for 35 years, and it’s time. Great things and great people," Lamey said. "I cannot thank Colts fans enough for their support through the years. I also owe the world to the Irsay family, particularly Jimmy. I’ve never worked for a better person or a ‘got-your-back’ boss like him.

Colts owner and CEO Jim Isray says Lamey is a legend and was apart of the Colts family.

Matt Taylor, who is a Colts radio host and sideline reporter with now voice the play-by-plays.