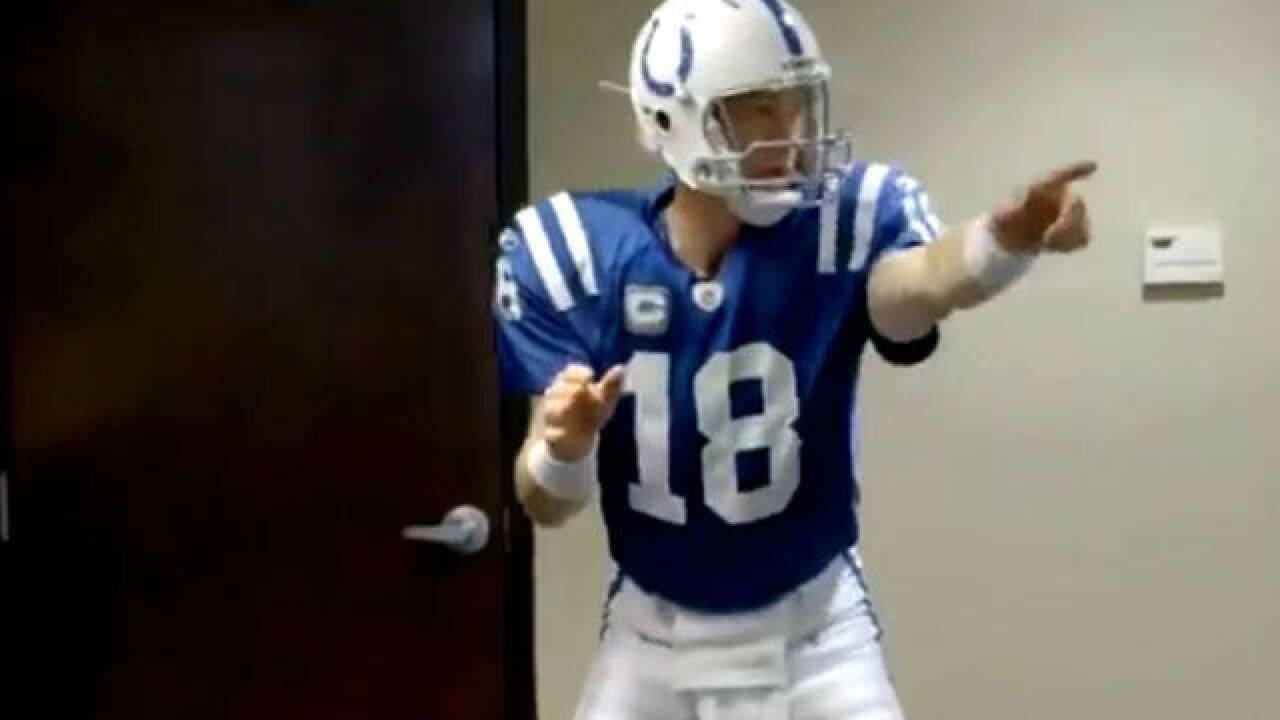 INDIANAPOLIS -- Peyton Manning (somewhat) recently put on a Colts jersey again. No, he's not the new starting quarterback for the team, as much as some fans would like.

Manning put on the ol' No. 18 jersey and horseshoe helmet to give the team ideas for his new statue, which will go up outside Lucas Oil Stadium next month.

In a video released by the Colts, Manning gently threw a football and called out plays, just like the good old days.

As soon as the 18 jersey goes on, it's like he never took it off.

Here's a sneak peek of the first #PeytonStatue meeting: pic.twitter.com/xGXDuQt7Oq

Manning's statue will be unveiled on Saturday, Oct. 7, at 3 p.m. outside the north end of Lucas Oil Stadium.

The first 20,000 fans to attend the ceremony will receive special posters. Fans can also get autographs from Blue and Colts cheerleaders. Bud Light and Papa John's pizza will be available for purchase, because Peyton Manning.

The ceremony will be free and open to the public, but there are a few rules: