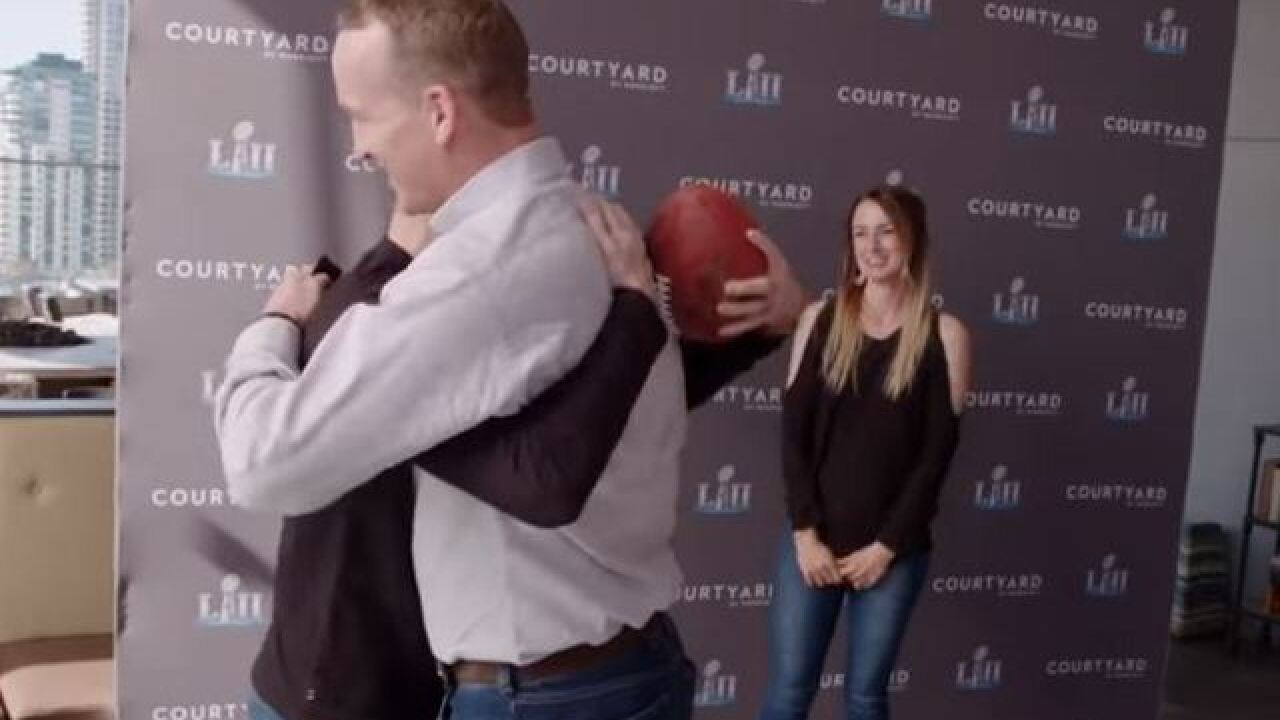 DENVER -- A huge Peyton Manning and Denver Broncos fan got the surprise of his life when his favorite player showed up to tell him he won Courtyard’s Super Bowl contest.

According to the company, Courey Marshall became a diehard Broncos fan after previously following Indianapolis when Manning was there.

Marshall thought he was going to a photo shoot as one of the “finalists” for the contest but when he got set up for the shoot Manning’s voice boomed over the loudspeaker.

Manning directed Marshall (and his wife) on which poses to do for the photo shoot before he came out from behind the curtain to surprise them with Super Bowl tickets and tell them they’d won the contest.

Marshall and his wife, Chelsea, will be hosted in a field-level stadium suite turned “ultimate Courtyard guestroom” on Super Bowl eve. The couple will also receive tickets to the big game.

You can watch Manning surprise the winner below.