What happens to the Andrew Luck banner at Lucas? We now know 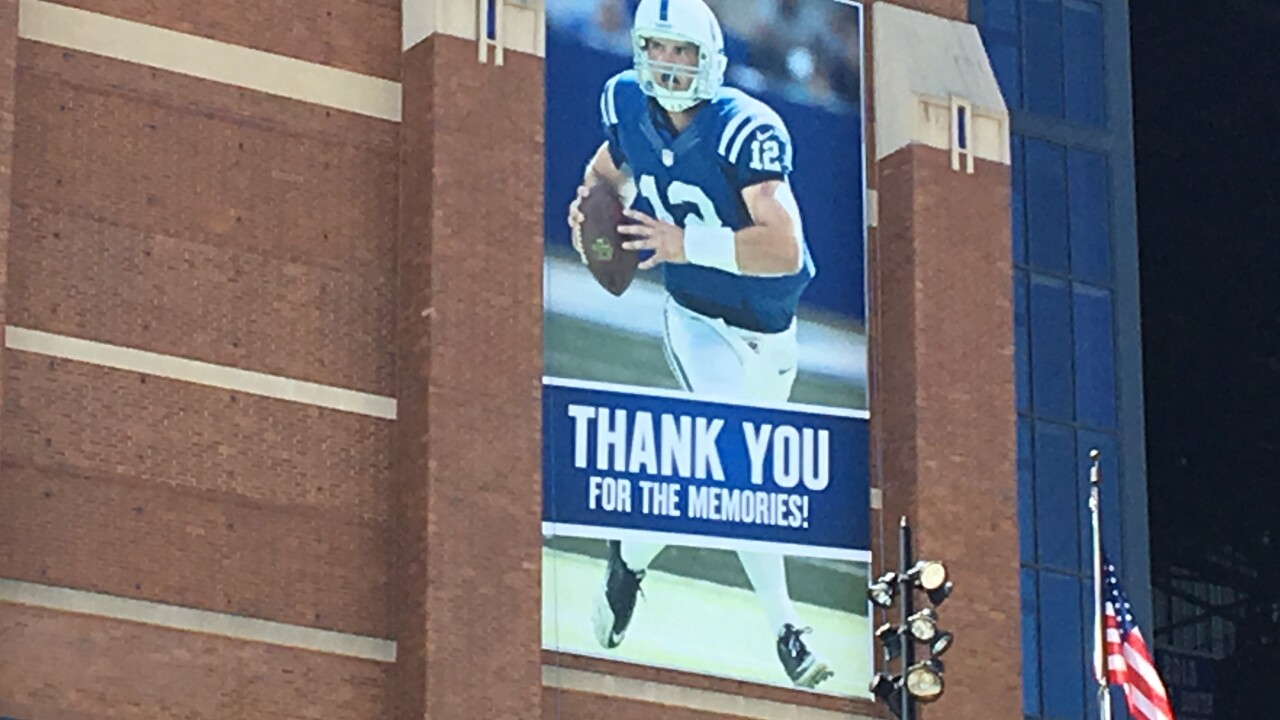 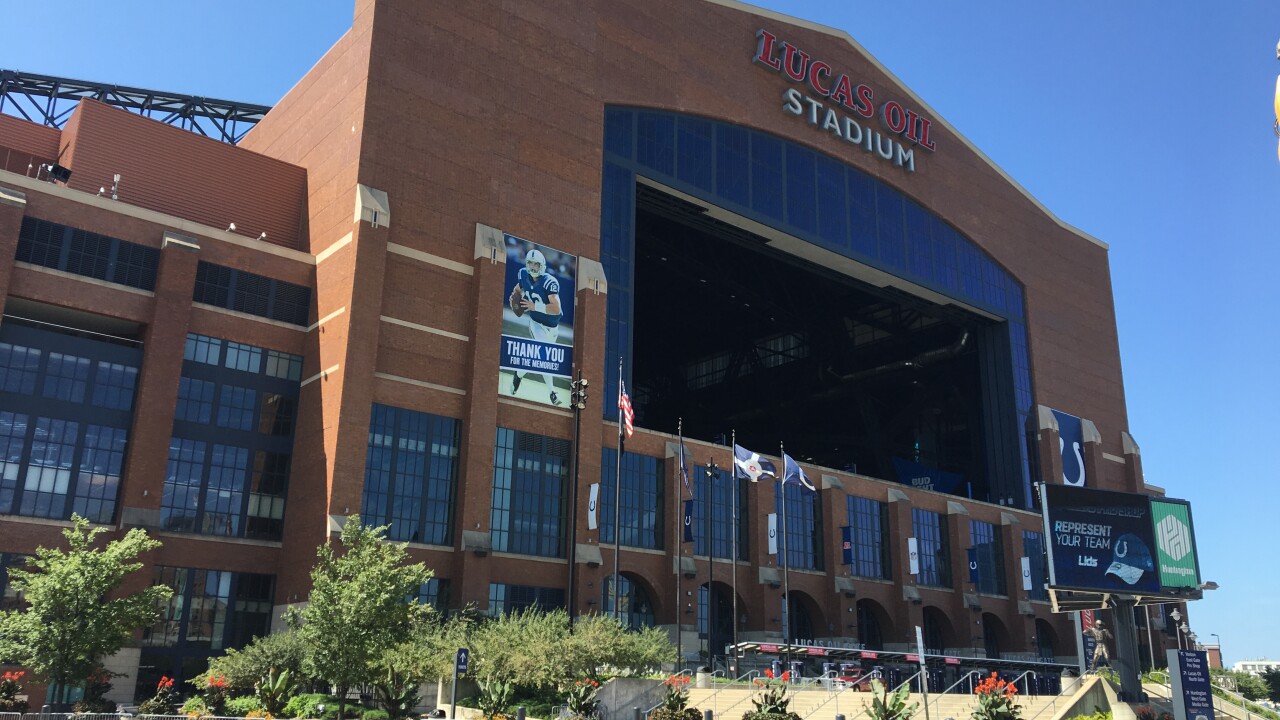 INDIANAPOLIS—With Andrew Luck now retired, Colts fans have been wondering what would happen to the big Luck banner at Lucas Oil Stadium. We now know.

A Luck banner with the message "thank you for the memories" has replaced the original banner in the same spot, high up on the outside north wall of the stadium, next to the big window that's open during some games.

There are also banners on the stadium wall for kicker Adam Vinatieri and receiver T.Y. Hilton, along with a big Colts horseshoe.

After seven seasons with the team, Luck said the various injuries he's suffered in recent years had taken the joy out of playing football.