Who is Frank Reich? New head coach for the Indianapolis Colts 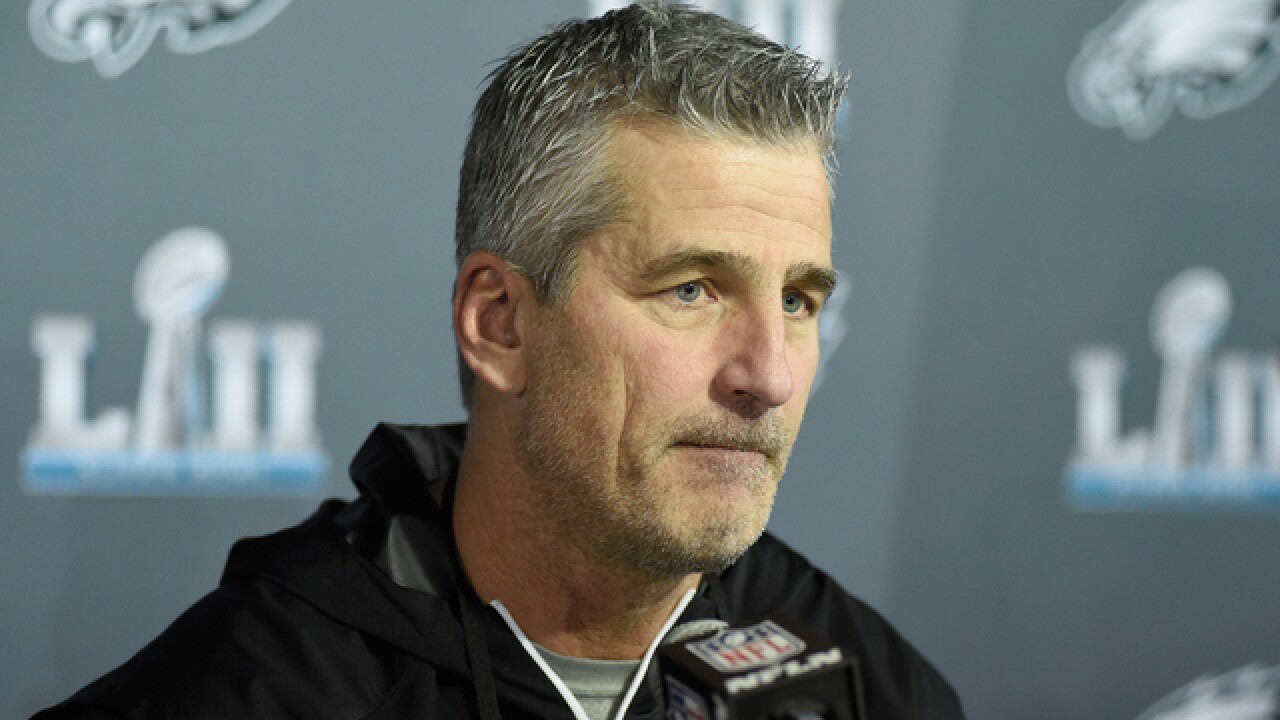 Copyright 2018 Scripps Media, Inc. All rights reserved. This material may not be published, broadcast, rewritten, or redistributed.
Hannah Foslien
BLOOMINGTON, MN - FEBRUARY 01: Offensive coordinator Frank Reich of the Philadelphia Eagles speaks to the media during Super Bowl LII media availability on February 1, 2018 at Mall of America in Bloomington, Minnesota. The Philadelphia Eagles will face the New England Patriots in Super Bowl LII on February 4th. (Photo by Hannah Foslien/Getty Images)

INDIANAPOLIS -- The Colts named Frank Reich as their new head coach Sunday afternoon, less than a week after being spurned by Patriots' Josh McDaniels.

Reich was the offensive coordinator for the Philadelphia Eagles during this year's Super Bowl LII, which we all know, the Eagles won.

But Reich's football history spans back to his college days at Maryland University in the early 1980s.

He was drafted by the Buffalo Bills in the third round of the 1985 NFL Draft. and played there until 1993 when he was picked up by the Carolina Panthers.

He played one season with the New York Jets in 1997 and retired after playing with the Detroit Lions for the 1998 season.

What many people probably don't know, is that Reich got his NFL coaching start with the Colts as an intern in 2006 and he worked his way up the ladder from there.

Reich became the Colts' offensive assistant in 2008, moved to the quarterbacks coach in 2009 and then the wide receivers coach in 2011.

After the Colts, Reich took a job as the wide receivers coach for the Arizona Cardinals in 2012 and then became the quarterbacks coach for the San Diego Chargers in 2013 before doing a two-year stint as the Chargers' defensive coordinator starting in 2014.

Reich was hired as the offensive coordinator for the Philadelphia Eagles in 2016, won a Super Bowl and is now coming to Indianapolis.

Here's a look at Reich's full football background provided by the Indianapolis Colts:

Who is Frank Reich?