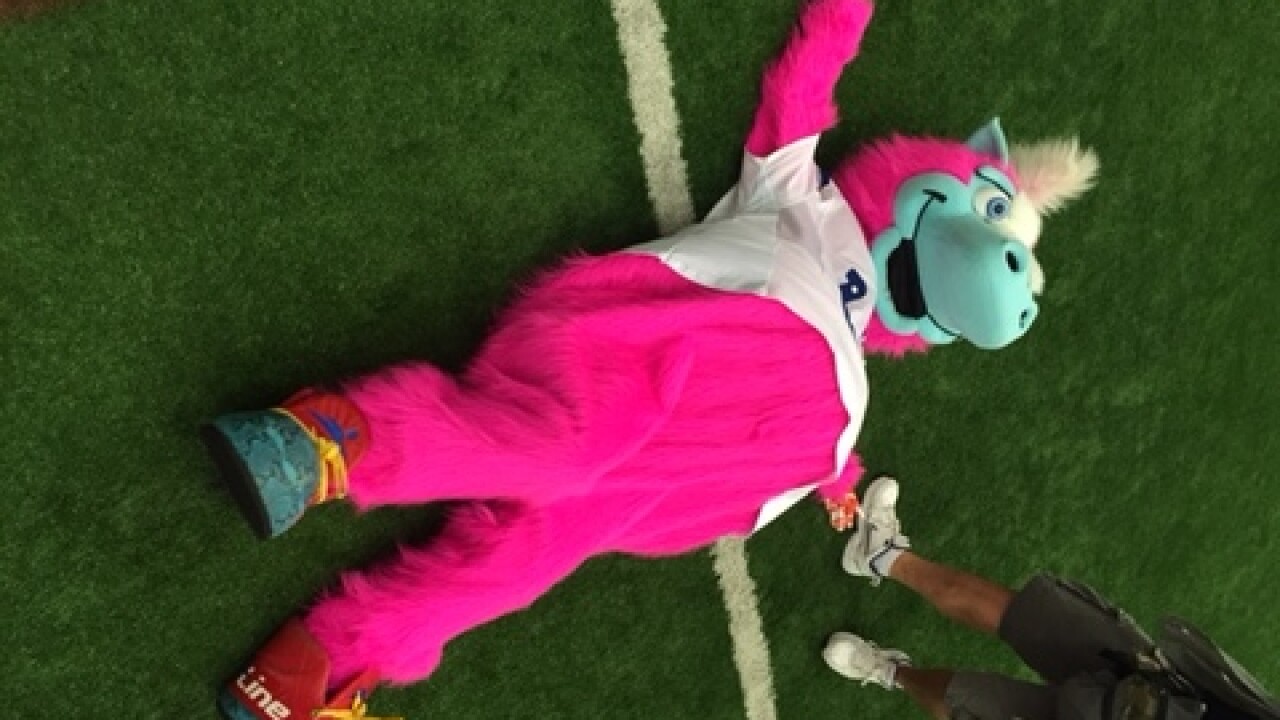 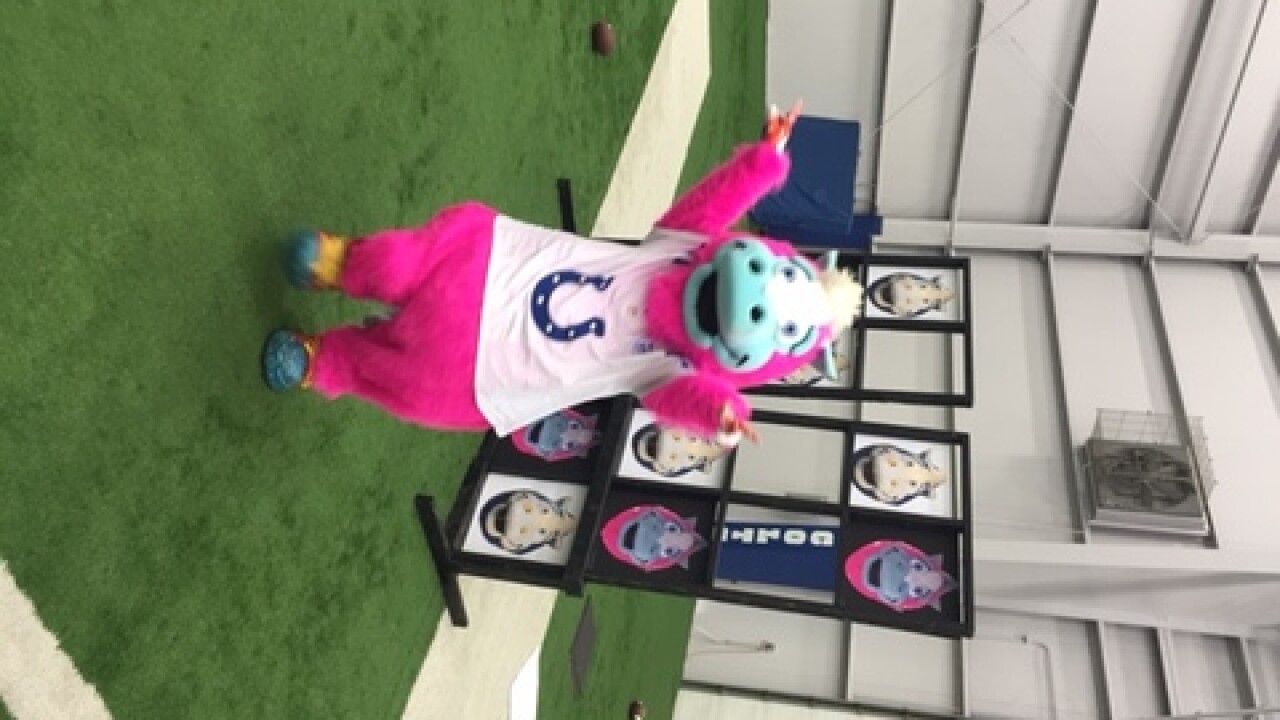 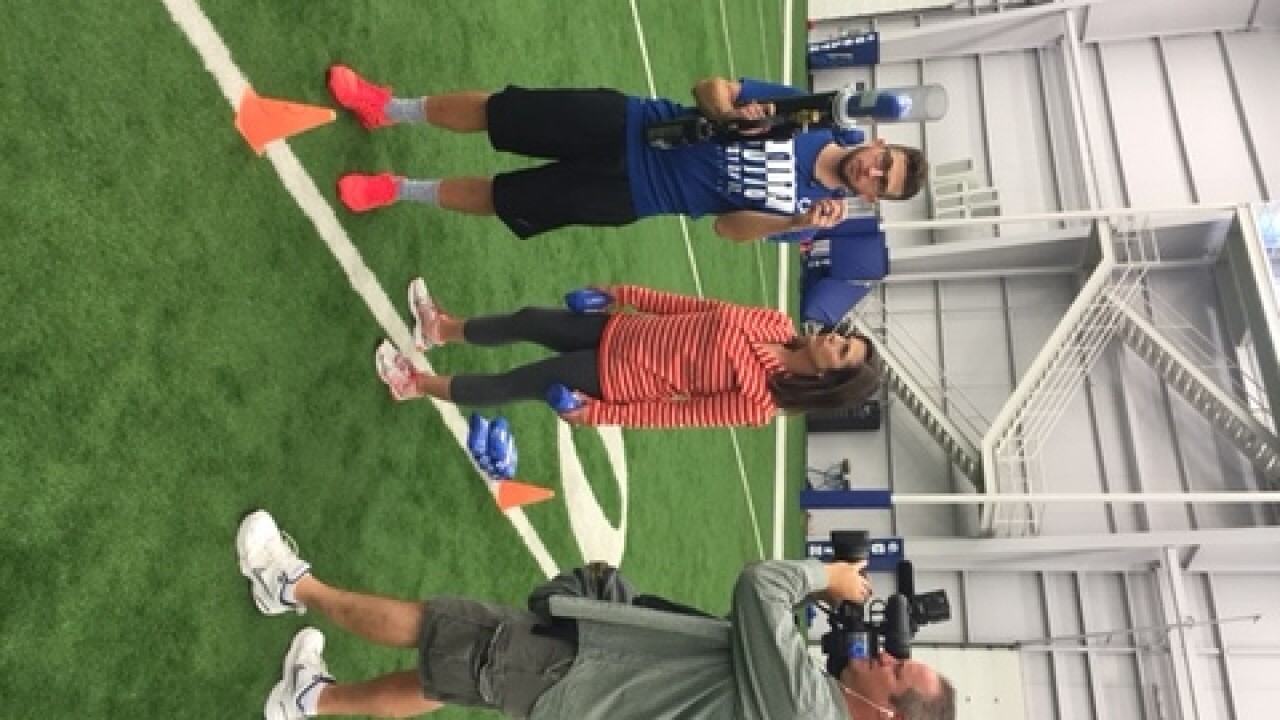 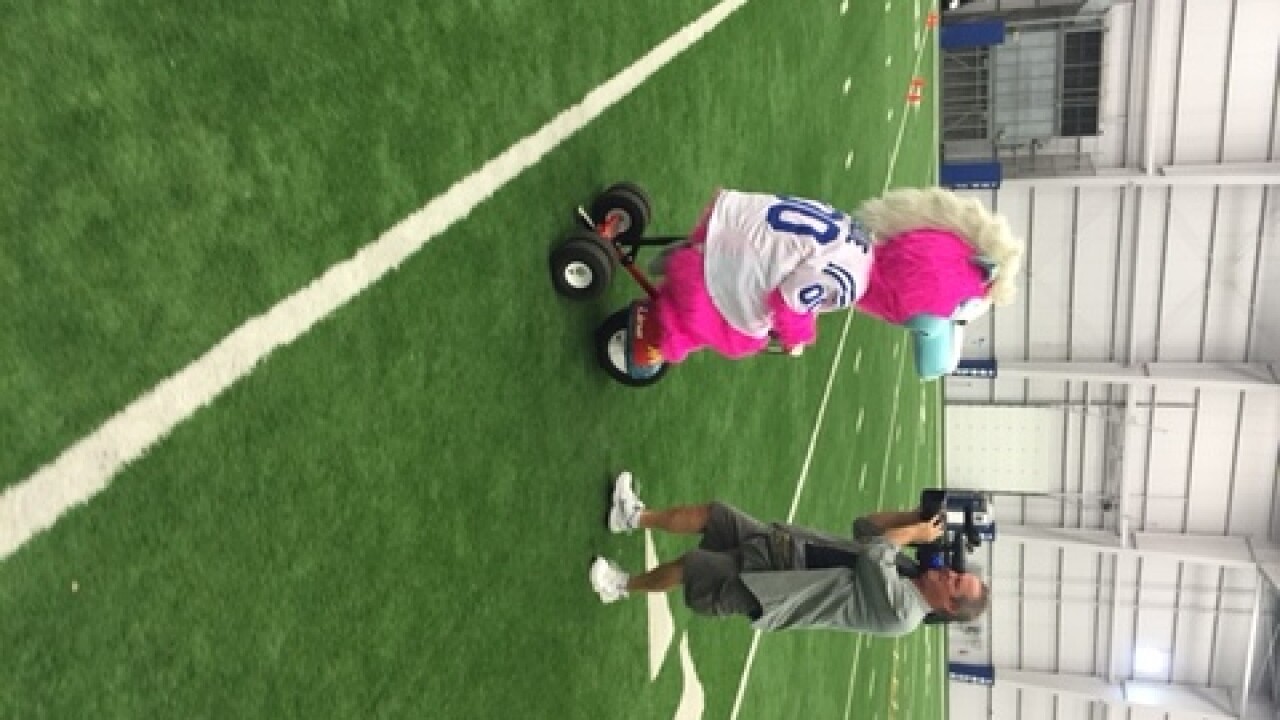 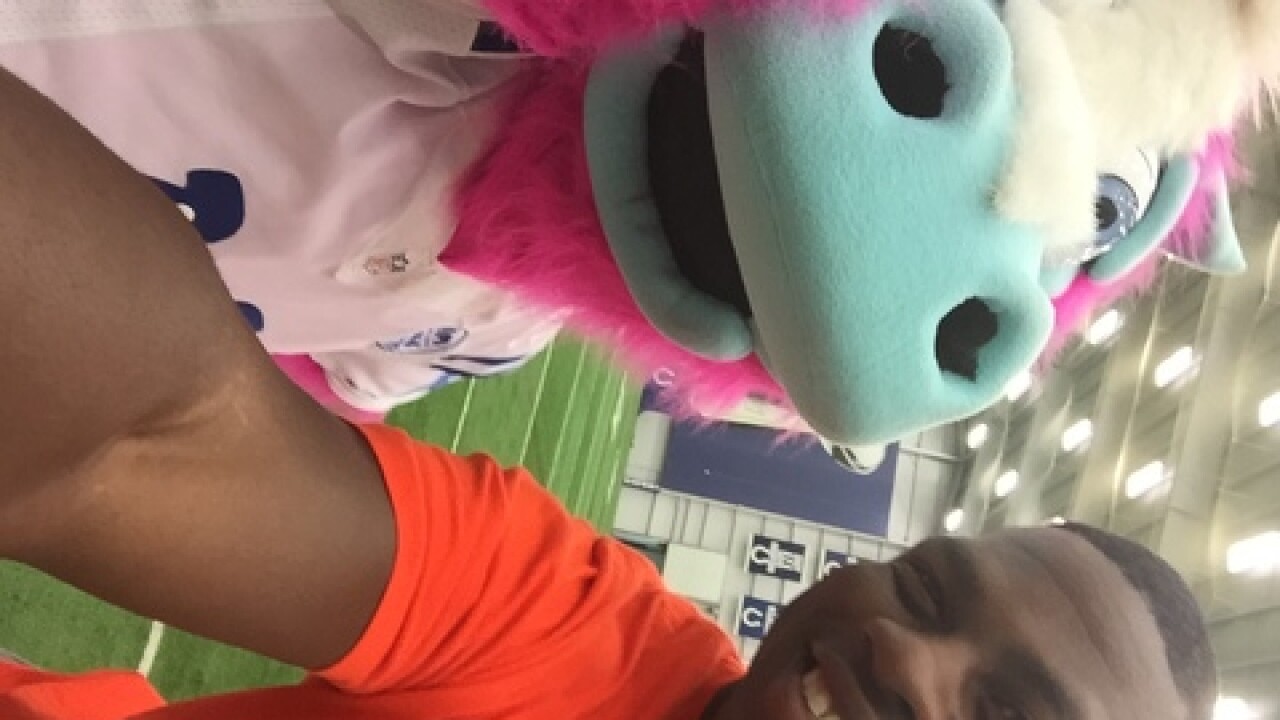 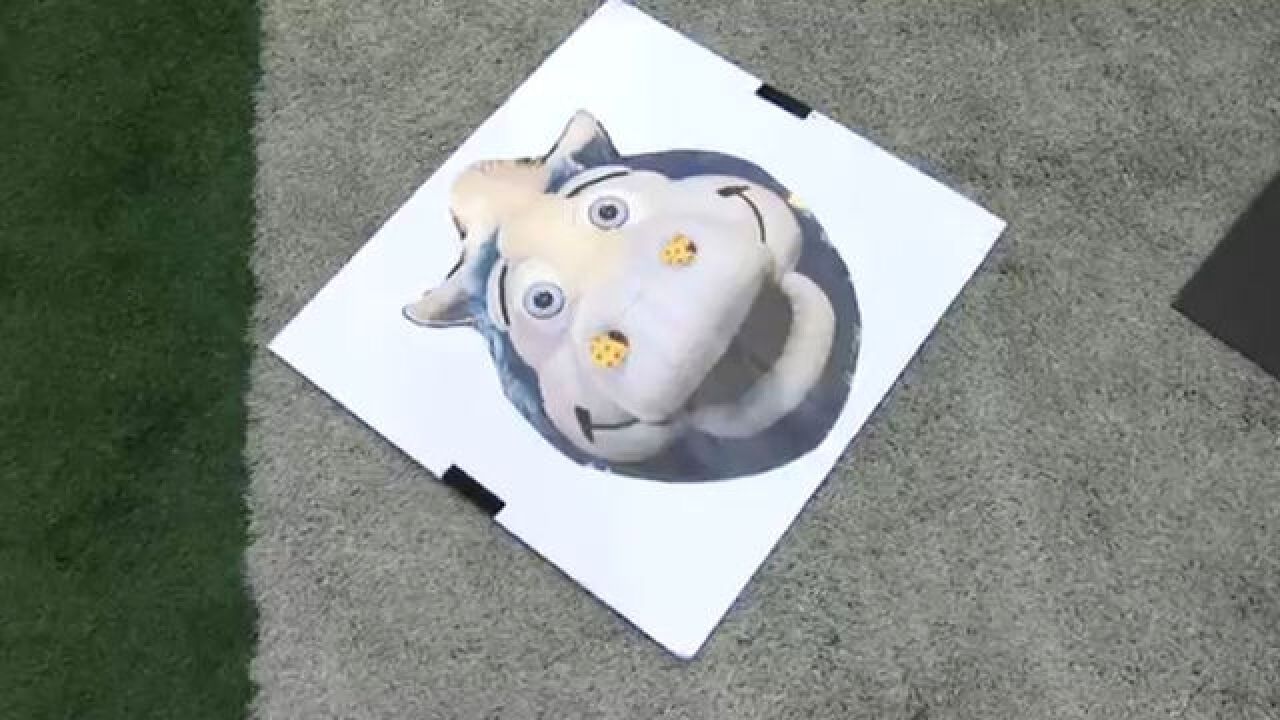 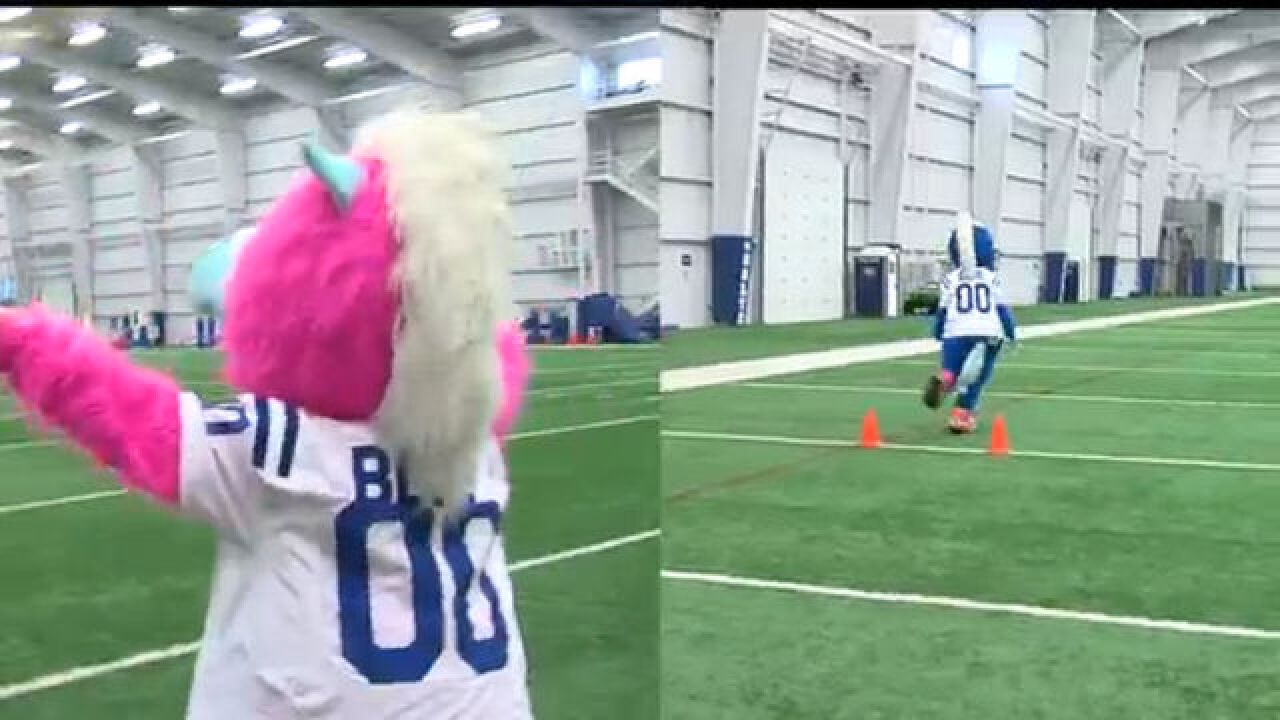 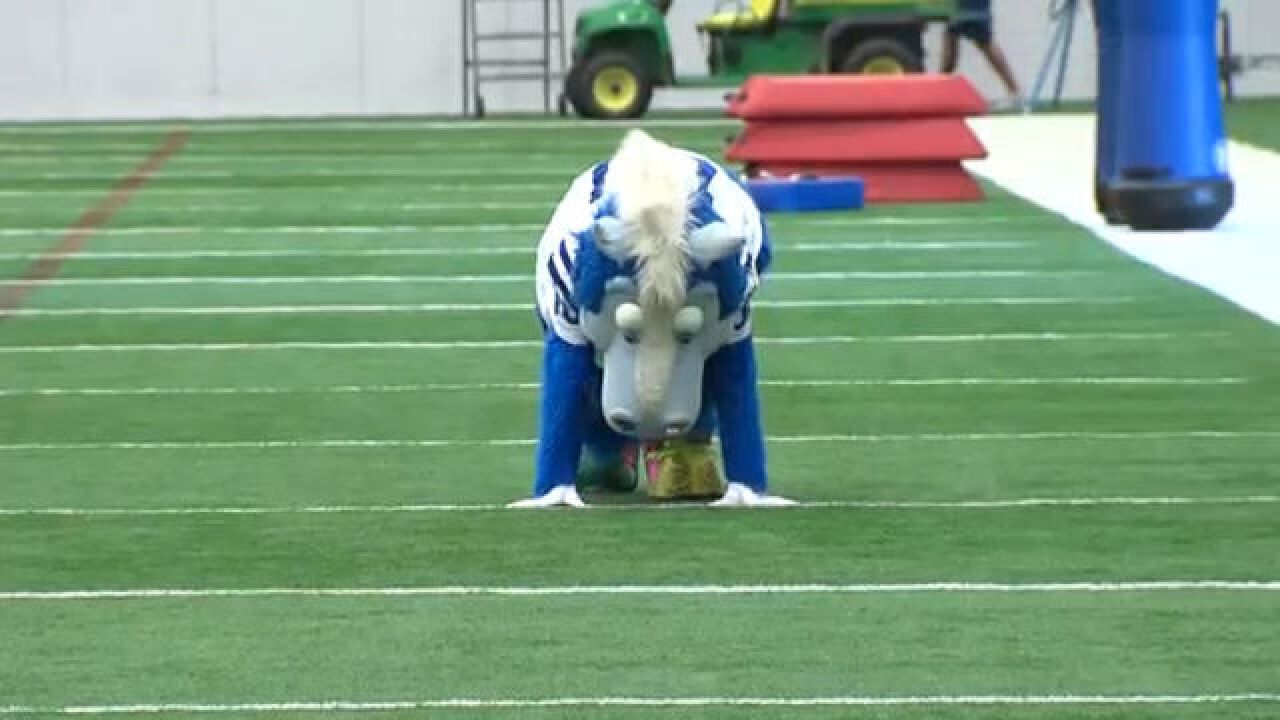 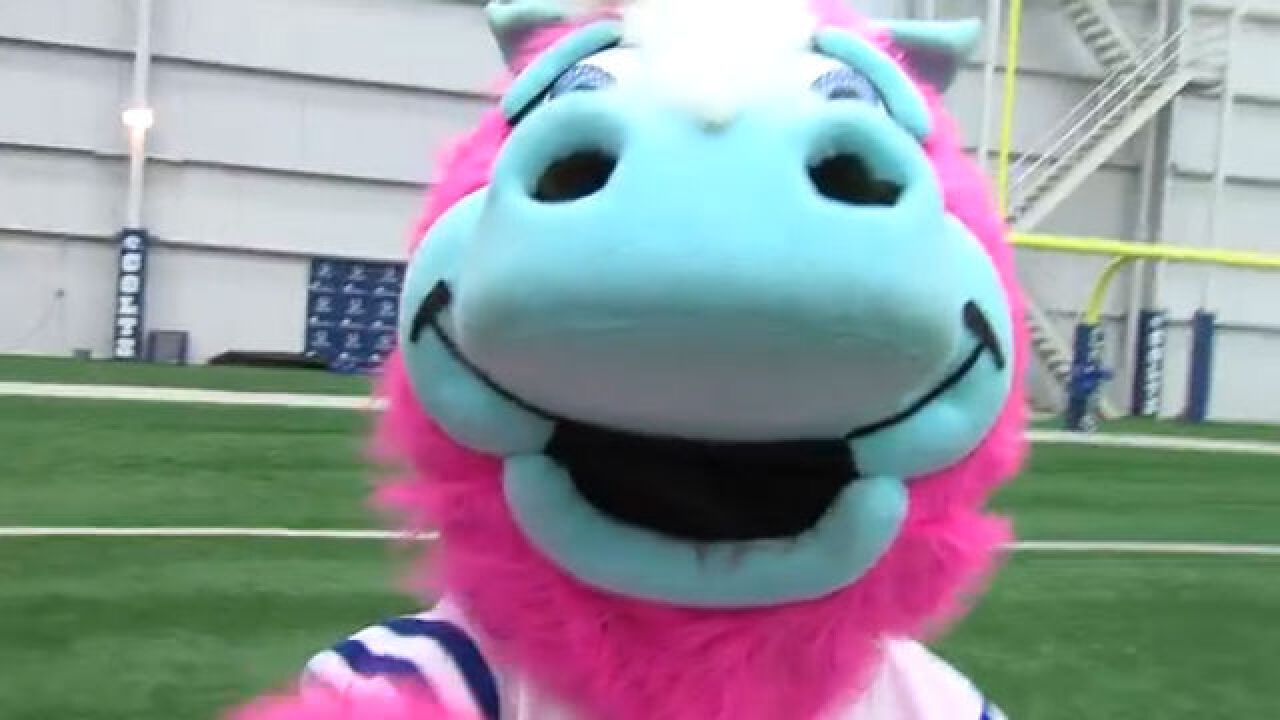 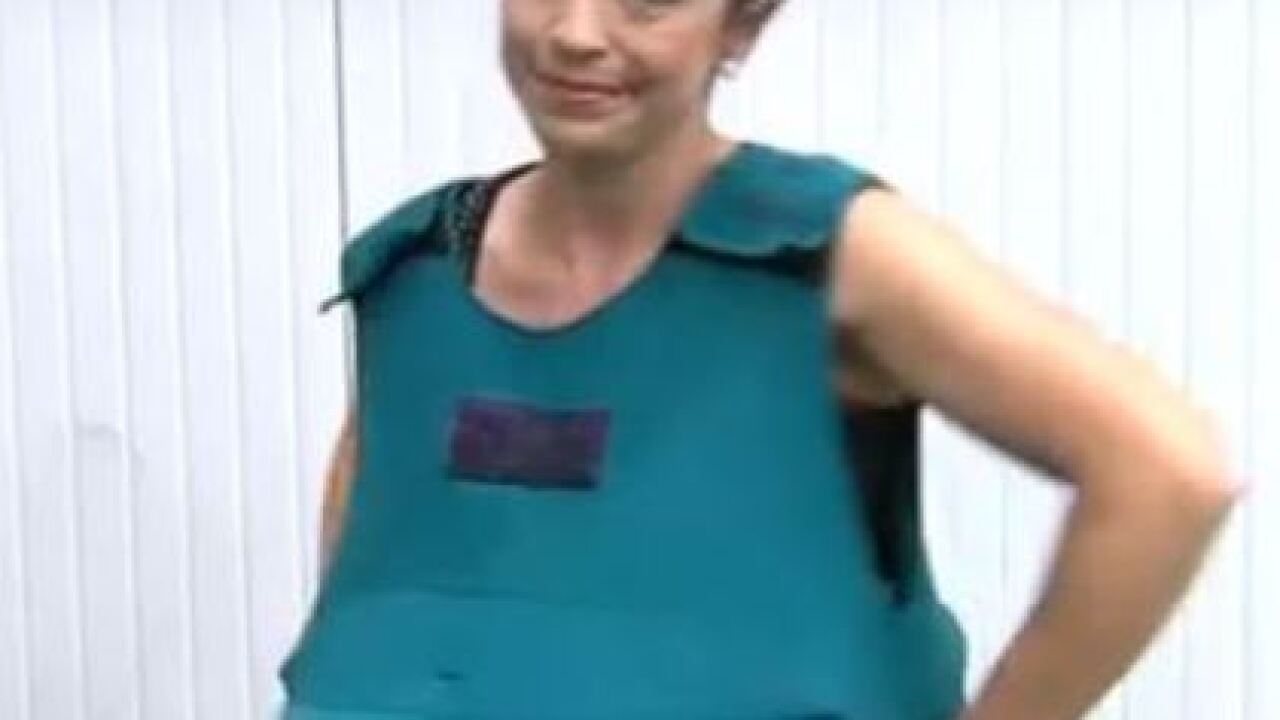 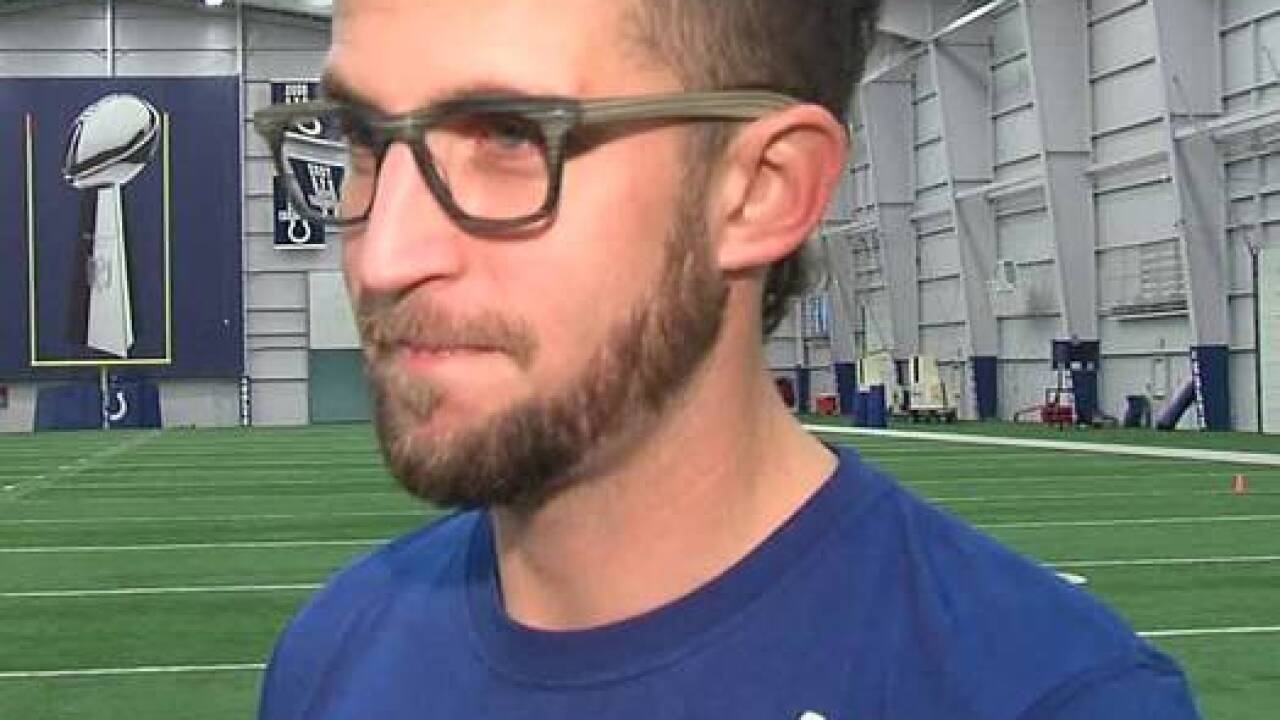 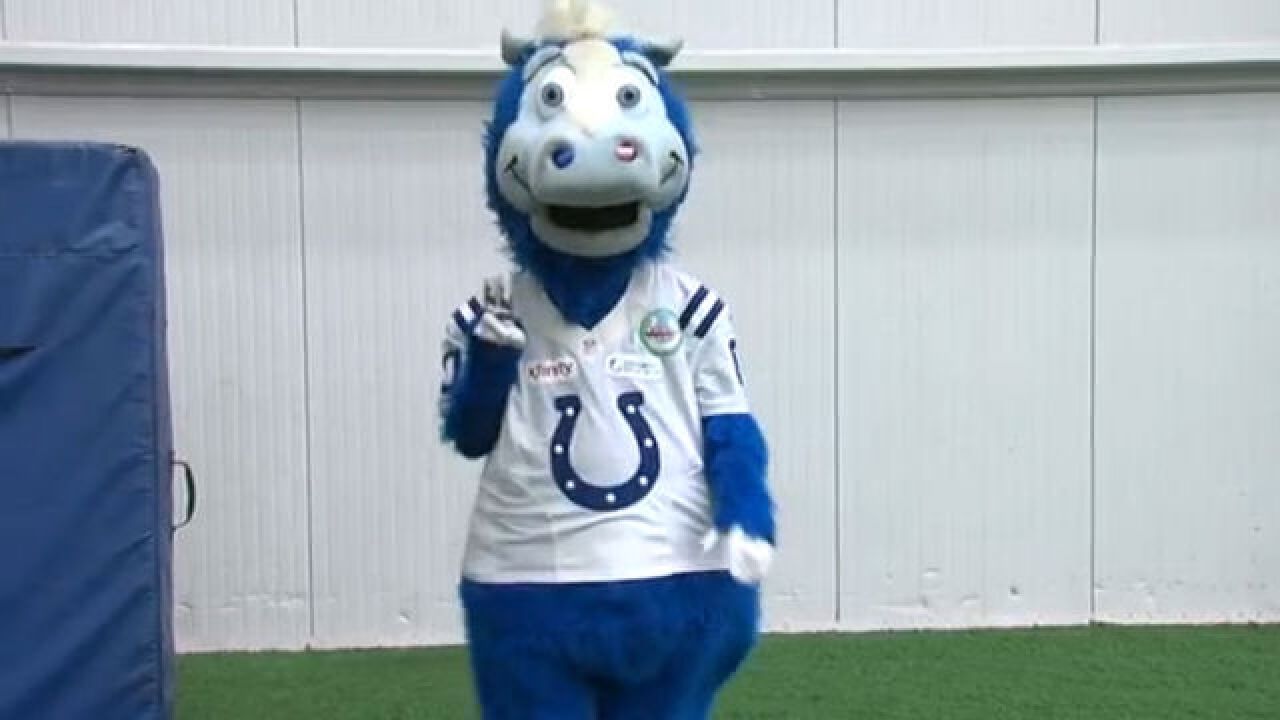 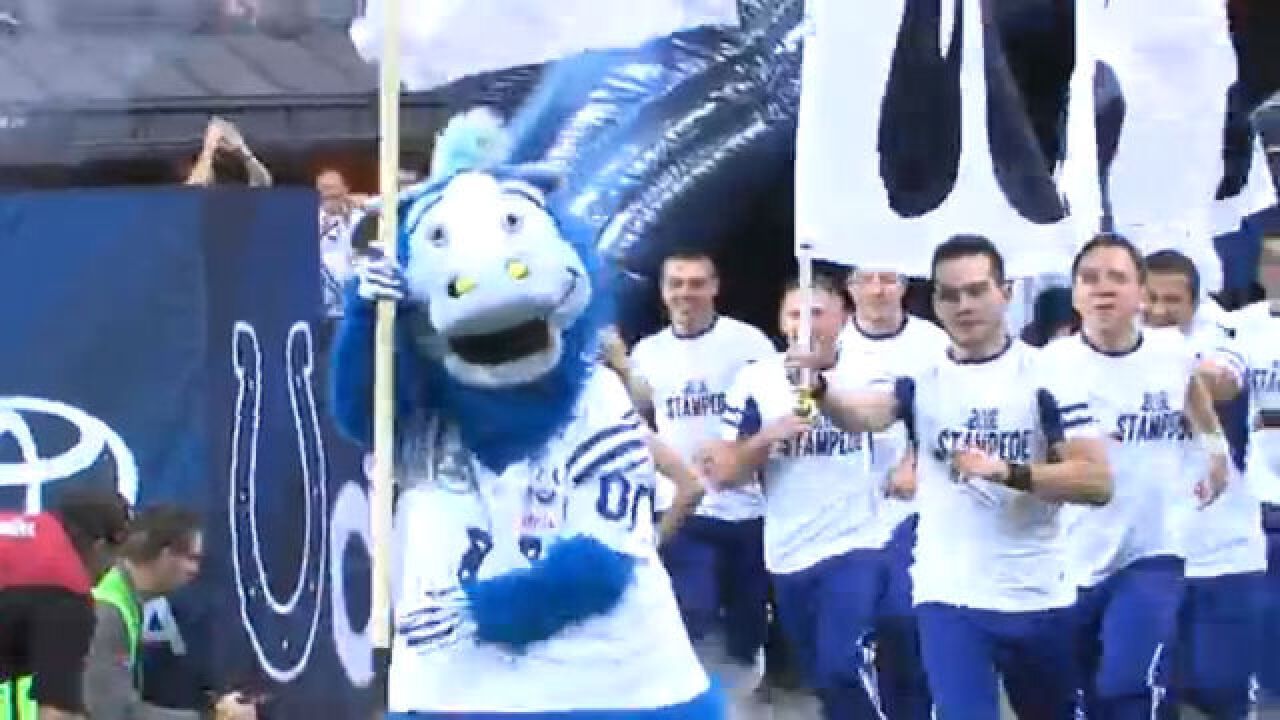 INDIANAPOLIS -- Being a mascot may seem like all fun and games, but it takes endurance, preparation and the ability to walk in really big shoes.

For the Indianapolis Colts mascot, Blue, it's no different.

The man behind the mane, Trey Mock, says he's been perfecting his art as the character since his days at Auburn University, where he romped around as Aubie the tiger.

After 10 seasons in Blue's shoes, Mock has made the character into his own.

Mock said it hasn't been hard to develop who Blue has come to be.

"It's funny because Blue's really my personality just wrapped into the fur," Mock said.

Just how long does it take to get used to wearing the suit, listed on the Colts website as weighing 360 horseshoes? Mock says it's all about knowing your costume really well.

"It's a lot like driving a manual transmission," Mock said.

That's what I found out when I got to put on the pink version of Blue myself.

The pink Blue was created when the NFL started their push to support the fight against breast cancer, turning everything from field goal flags to pylons to gloves pink.

Mock said he came up with the idea one day before a game and using some of his old Blue costume parts, dyed everything pink as a surprise for the team, and it's stuck ever since.

But what makes wearing the suit even more special is how exclusive it is.

Mock says out of his 400 scheduled appearances a year, he's only ever missed 10-20 times, and that's only been because of family emergencies or illness. An intern and good friend of his has replaced him as his back-up, but he's never put anyone else in the suit, until now.

I found out first hand, it's not easy to be Blue. Mock loses 7-8 pounds per game.

"You get used to it, you try to hydrate and eat right," Mock said.

How does he keep in shape to handle it all? Outside of wearing the suit, he doesn't.

"Blue is enough of a workout," Mock said. "Blue is my office and my gym."

To test just how tough it is to be a mascot, Mock ran me through a mascot obstacle course.

Watch that race in the video player.

After the obstacle course, Mock felt a little threatened by his pink Blue opponent.

"I regret doing this now, but I also know that if I ever need a back up, you'll be the first one I call," Mock said.