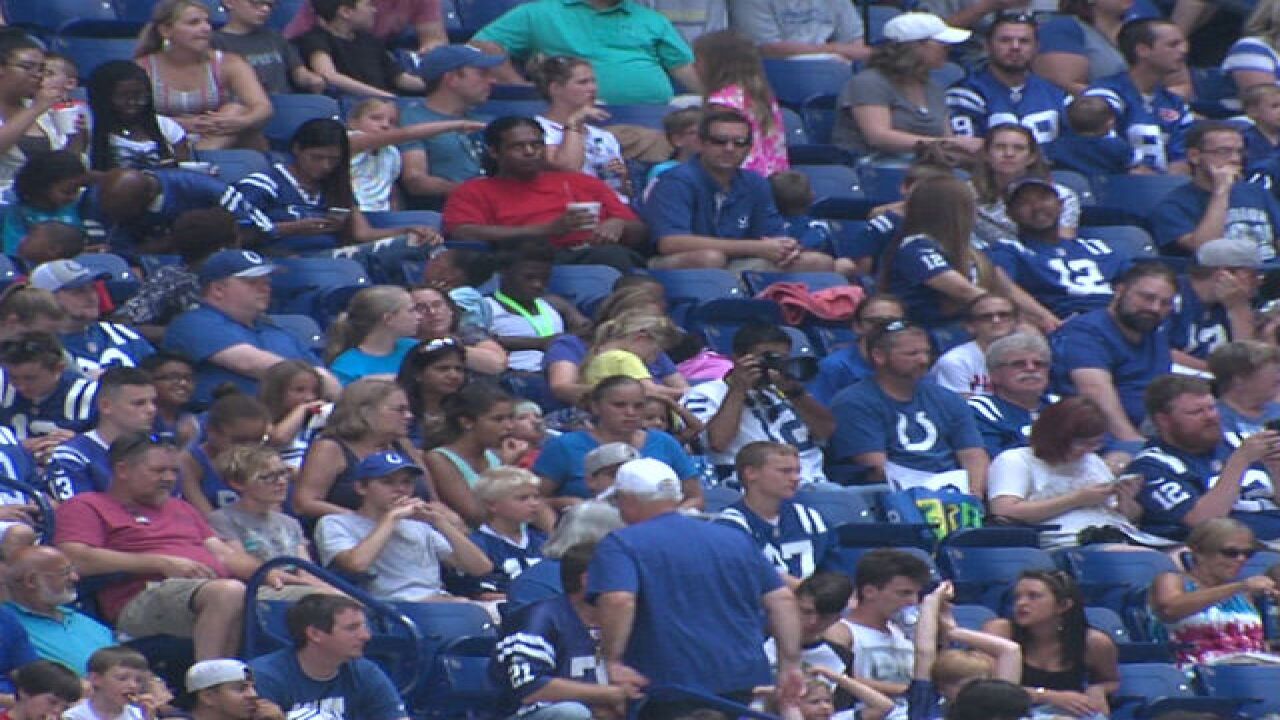 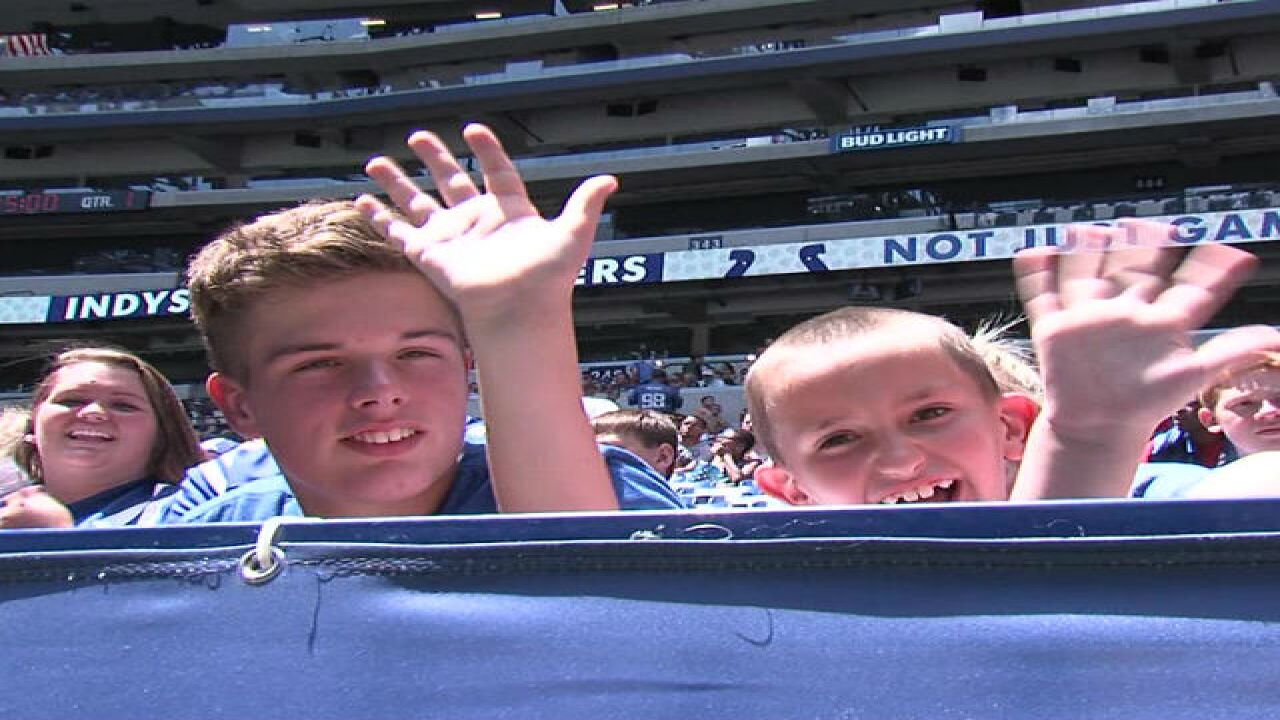 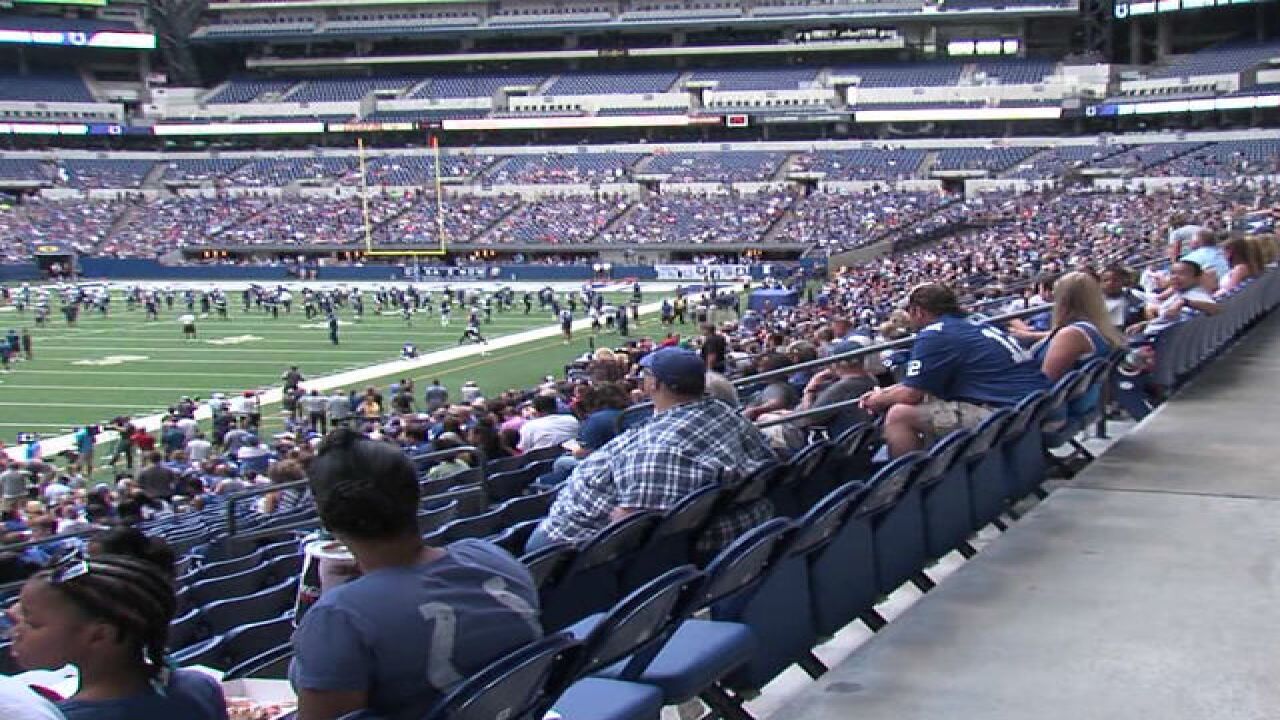 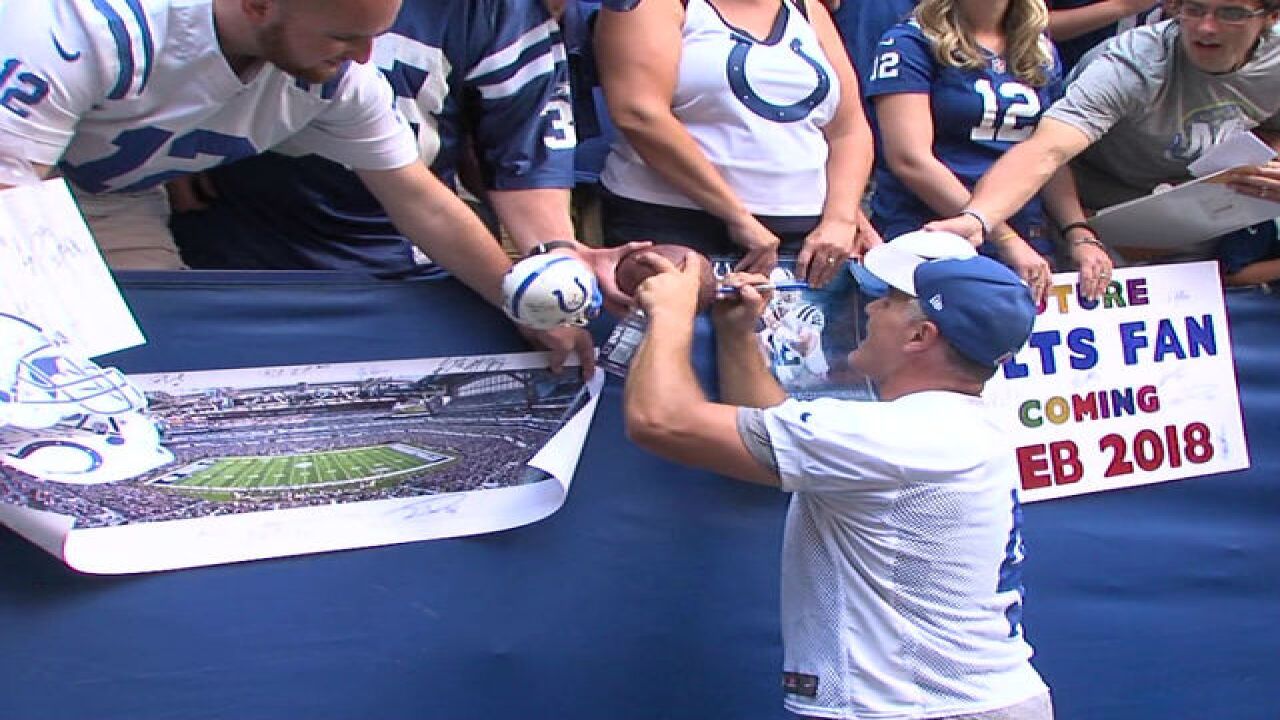 Even without the usual star and the brand new headliner, Indianapolis Colts fans still couldn't wait to catch their first real glimpse of this heavily revamped team.

As players and coaches jogged onto the Lucas Oil Stadium field in shorts and helmets for their first training camp workout, they were greeted by a cheering crowd, blaring music and two rows of banners that served as a reminder of the owner's ultimate expectations.

"I've been here before for the Big Ten championship game but to be here with these fans and this team, it's a crazy thing," Hooker said after the Colts completed their first training camp workout. "It's just a lot of emotions for me to pretty much make my debut as a Colts' player. And the coaches are seeing me for the first time."

Hooker, like Luck, missed all of the team's offseason workouts after having January surgery.

And like Luck, his patience was tested as he rehabbed from a hip injury and sports hernia -- only to hurt his hamstring during Monday's conditioning test. He went on the physically unable to perform list Tuesday and was pulled off Saturday.

So the projected starting safety opens his pro career on a pitch count.

Luck is not even there yet. He started throwing less than two weeks ago, went on PUP earlier this week and walked onto the field with his teammates and no helmet.

While neither the team nor Luck has set an expected return date, the Colts remain hopeful he'll be in the lineup Sept. 10 at the Los Angeles Rams.

If the opening-day practice revealed anything, it was that Indy needs Luck.

Backup Scott Tolzien, who is 0-2-1 as an NFL starter, and Stephen Morris and Phillip Walker, who have never thrown a regular-season pass, split the snaps and sprayed the ball around the field for two hours.

"Scott had some good plays and some not-so-good plays, but he's a tireless worker and he's got arm talent," coach Chuck Pagano said. "He'll get better."

But fans will only get one more look at Luck's fill-ins before Indy's Aug. 13 preseason opener against Detroit.

For the first time since the Colts moved to Indianapolis in 1984, the team is holding camp at its team headquarters. As a result, the only other open practice will be Saturday evening's workout at Warren Central High School on the city's east side.

Perhaps that's why an announced crowd of 14,000 showed up for an opening-day party that included a family movie night after practice.

On the field, the biggest surprise came on the offensive line.

Left guard Jack Mewhort was snapping the ball during a quarterback drill and played right guard during team drills.

Mewhort was limited during offseason workouts after having season-ending knee surgery late last year but a switch could help the Colts shore up the right side of their line. Joe Haeg started 14 games last season as a rookie -- eight at right tackle, four at right guard and two at left guard.

"We're starting right now with Mewhort on the right side and Haeg on the left side," Pagano explained.

"Those guys are in rotations so much, it's not that big of a deal," Kelly said.

Instead, the bigger issue might be getting acclimated to all the new faces.

Indy's overhauled defense could have six or more new starters.

Still, it forced a couple of turnovers and even scored a touchdown -- good signs for a unit that matched a franchise-low with eight interceptions, has consistently ranked in the bottom third of the league and was missing Hooker.

"We haven't practiced in a month and a half and it's crazy how quick you can get out of football shape," Kelly said.