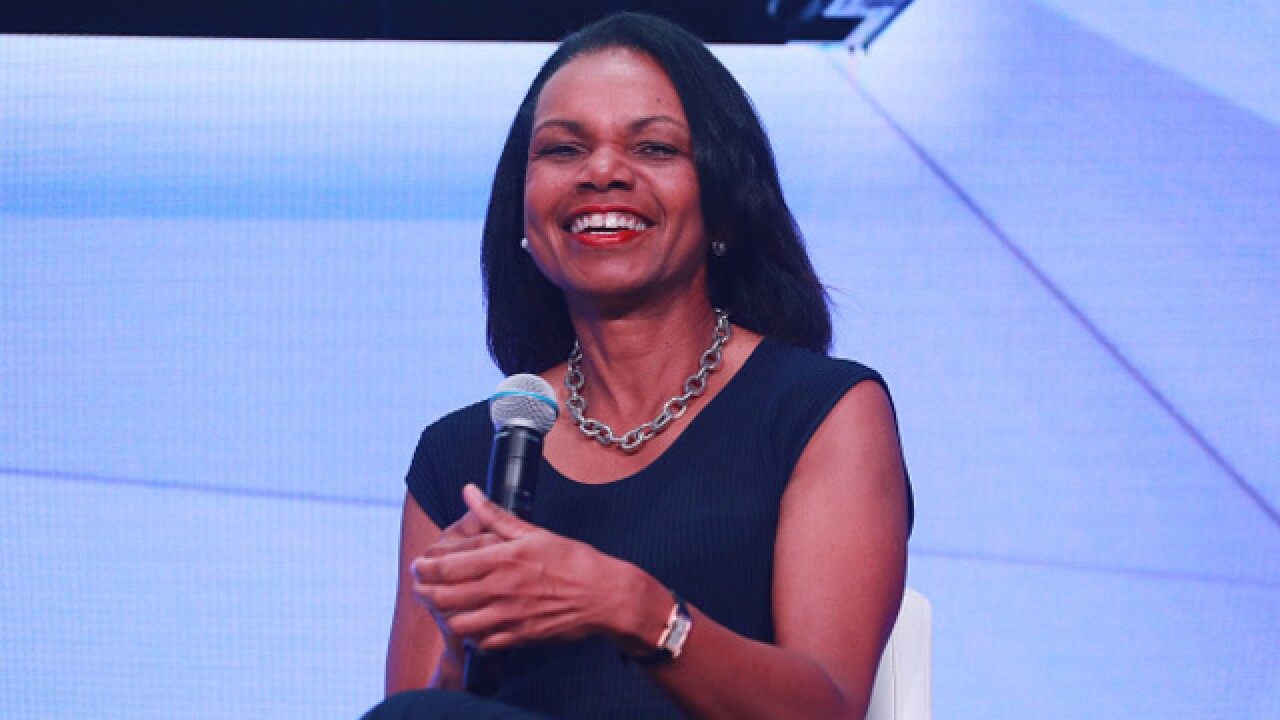 Copyright 2018 Scripps Media, Inc. All rights reserved. This material may not be published, broadcast, rewritten, or redistributed.
Scott Halleran
<p>KILDEER, IL - JUNE 27: Former Secretary of State Condoleezza Rice speaks on stage during the KPMG Women's Leadership Summit prior to the start of the KPMG Women's PGA Championship at Kemper Lakes Golf Club on June 27, 2018 in Kildeer, Illinois. (Photo by Scott Halleran/Getty Images for KPMG)</p>

The Cleveland Browns could be the first team to hire a woman as their next head coach, and the name at the top of their list is a prominent one, according to ESPN.

The Browns would like to interview former Secretary of State and Browns fan Condoleezza Rice, ESPN reports.

Rice would become the first woman ever to interview for an NFL head coaching job.

She was spotted on the field with owners Dee and Jimmy Haslam before Cleveland's game in Oakland on Sept. 30. and has been seen wearing Browns gear on multiple occasions.