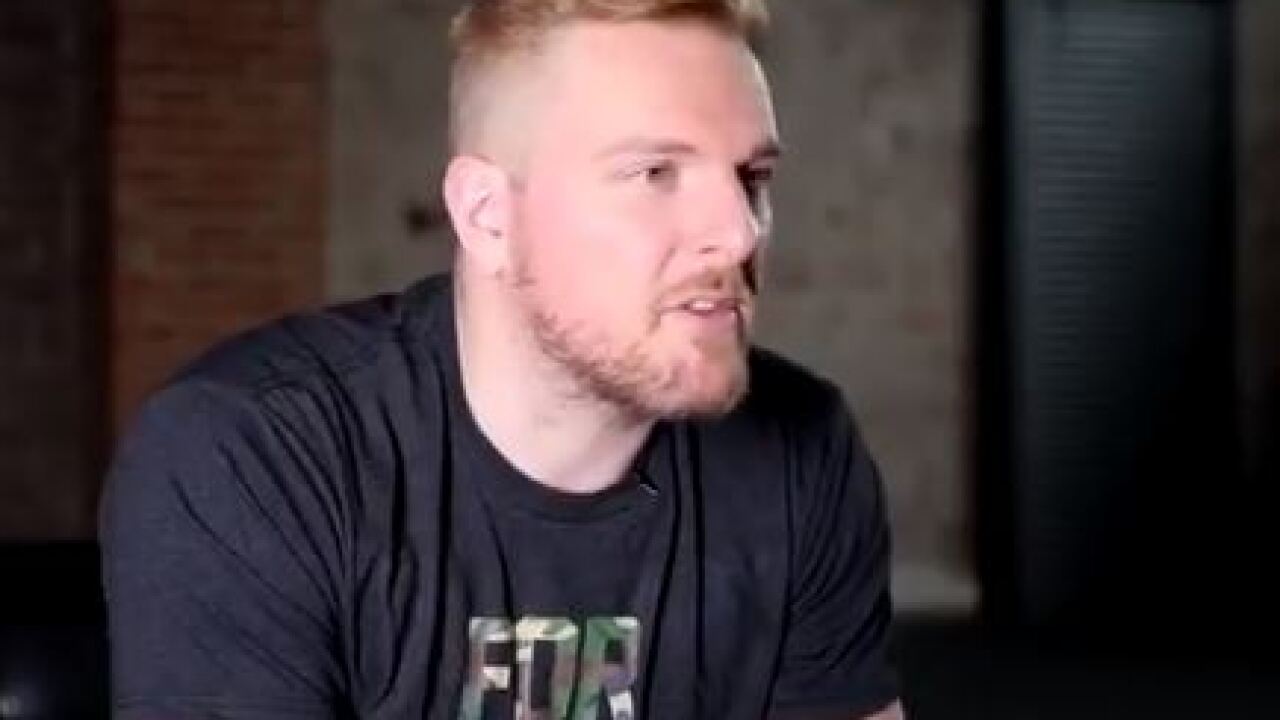 McAfee retired from the NFL in 2017 to join the sports-content producer, "Barstool Sports."

The 31-year-old called Thursday "a pretty massive day for me" in the Tweet announcing that he was officially a WWE employee.

"A real lifelong dream coming true thanks to @MichaelCole and @TripleH," McAfee said.

Good morning beautiful people.. today's a pretty massive day for me. I can officially say I'm a @WWE employee. A real lifelong dream coming true thanks to @MichaelCole and @TripleH.. This opportunity means the world to me. Let's. Go. pic.twitter.com/H33H8GqwTY

In January 2018, McAfee made headlines when he Tweeted at WWE Chairman and Owner Vince McMahon that he'd like to own an XFL team, following the announcement that McMahon was bringing back the XFL in 2020.

The Plum, Pennsylvania native joined the Indianapolis Colts in 2009 as a seventh-round draft pick from West Virginia University.

The two-time Pro Bowl punter is also known for his stand-up comedy and has made a name for himself in Indiana through his philanthropy, especially since his arrest in 2010 for public intoxication.

He was suspended for one game for that arrest and later apologized to fans for the incident.

"It won't happen again. I know that for a fact," McAfee said at the time. "I will never put my team or my family through the embarrassment that has happened."

And he's been clean-cut since. McAfee made his stand-up comedy debut in 2015 when recorded the show " Pat McAfee: Uncaged. "