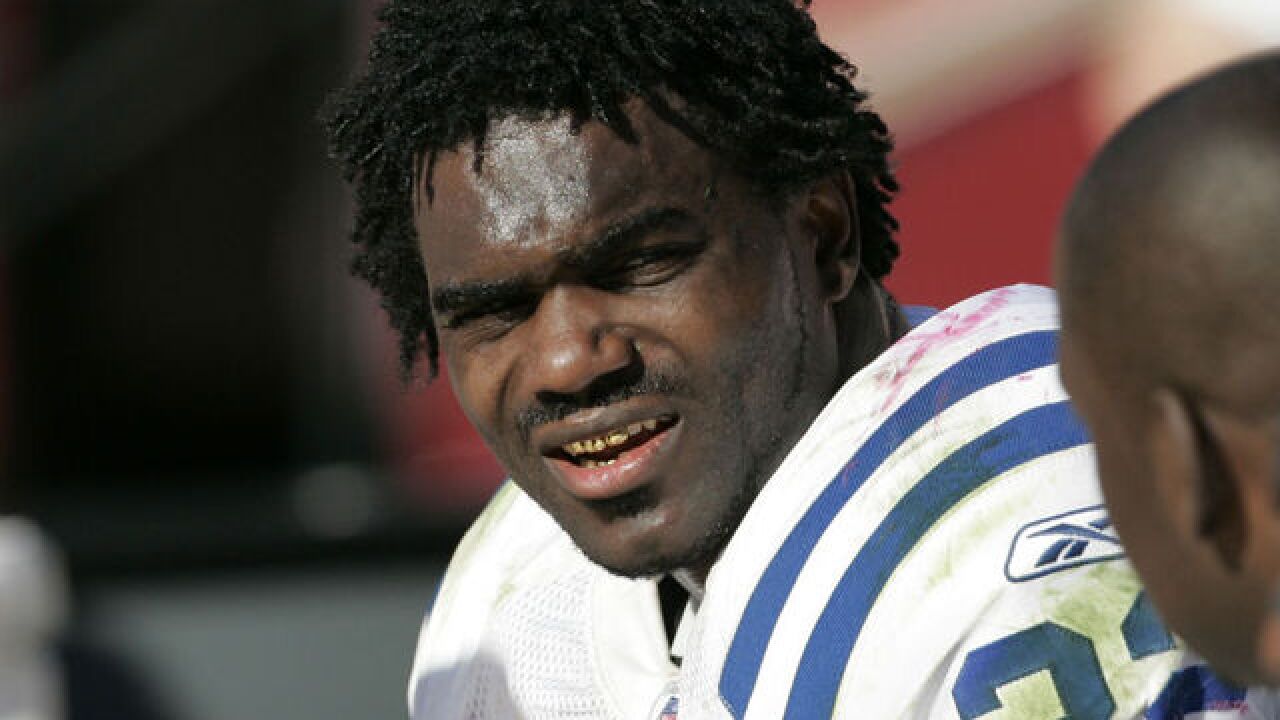 INDIANAPOLIS — Former Indianapolis Colts' running back Edgerrin James announced Saturday that he will be inducted into the Pro Football Hall of Fame.

James announced his induction to the Hall of Fame on Instagram.

This was the fourth time James was listed as a Hall of Fame finalist — now he'll finally be making his way to Canton, Ohio.

“Edgerrin James is one of the greatest players this league has ever seen and absolutely deserves this enshrinement in Canton,” Jim Irsay, Indianapolis Colts Owner and CEO, said. “Edge was the textbook definition of an every-down running back who could do it all, and we knew he was special from day one. He was one of the game’s most productive players and was an important part of Colts teams that produced one of the winningest stretches in NFL history. I know he helped put that shine back on the Horseshoe, and all of Colts Nation is extremely proud today.”

READ | Edge and Reg: One step closer to Pro Football Hall of Fame |

The wait is over.

Edgerrin James has been selected to the Pro Football Hall of Fame. pic.twitter.com/lcSyNmPyFO

Former Colts wide receiver Reggie Wayne did not make it into the 2020 Hall of Fame.

The Class of 2020 will be formally enshrined in Canton on Saturday, Aug. 8.