A warm place for the homeless in Anderson 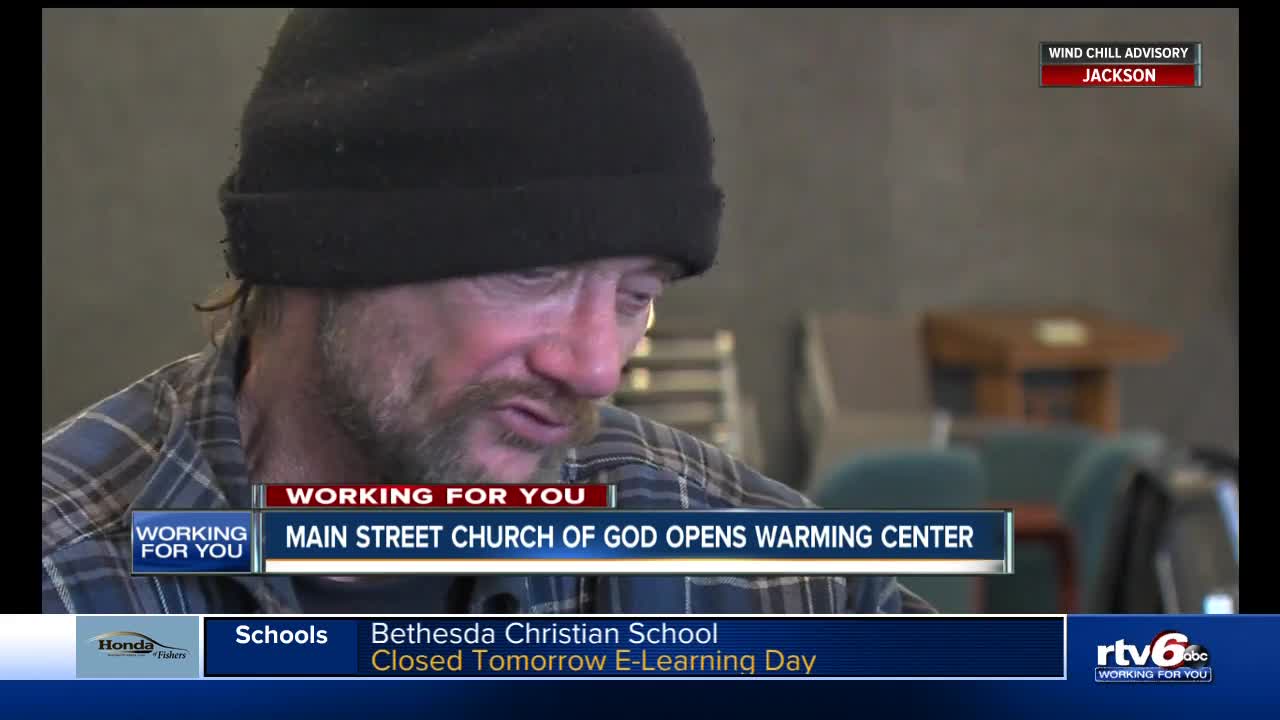 An Anderson church has opened its doors to homeless people who need to get out of dangerously cold temperatures.

ANDERSON — It's not a big shelter, but it's an important one for the homeless in Anderson.

Main Street Church of God has opened its doors until Friday at noon, offering a warm place during bitter cold weather.

The are 25 beds at the church and they are a welcome site for people like 32-year-old Edwin Roman who has been living on the street.

At the Main Street Church of God, Roman has his own cot and three meals.

So does 58-year-old Roger McDonald who is trying to forget what it's like braving the temperatures in a tent.

"It was really very, very cold last night, " he said. "It got down pretty chilly this morning. I'm definitely not going to survive if I stay out there tonight."

The shelter is a volunteer effort, both adults and children take part.

68-year-old Dave Pettigrew is not homeless -- he lives on a farm, but decided to seek shelter in the city.

"These temps are historically low. Living in a rural area by myself, if the power went off, I'd be in deep trouble," said Pettigrew.