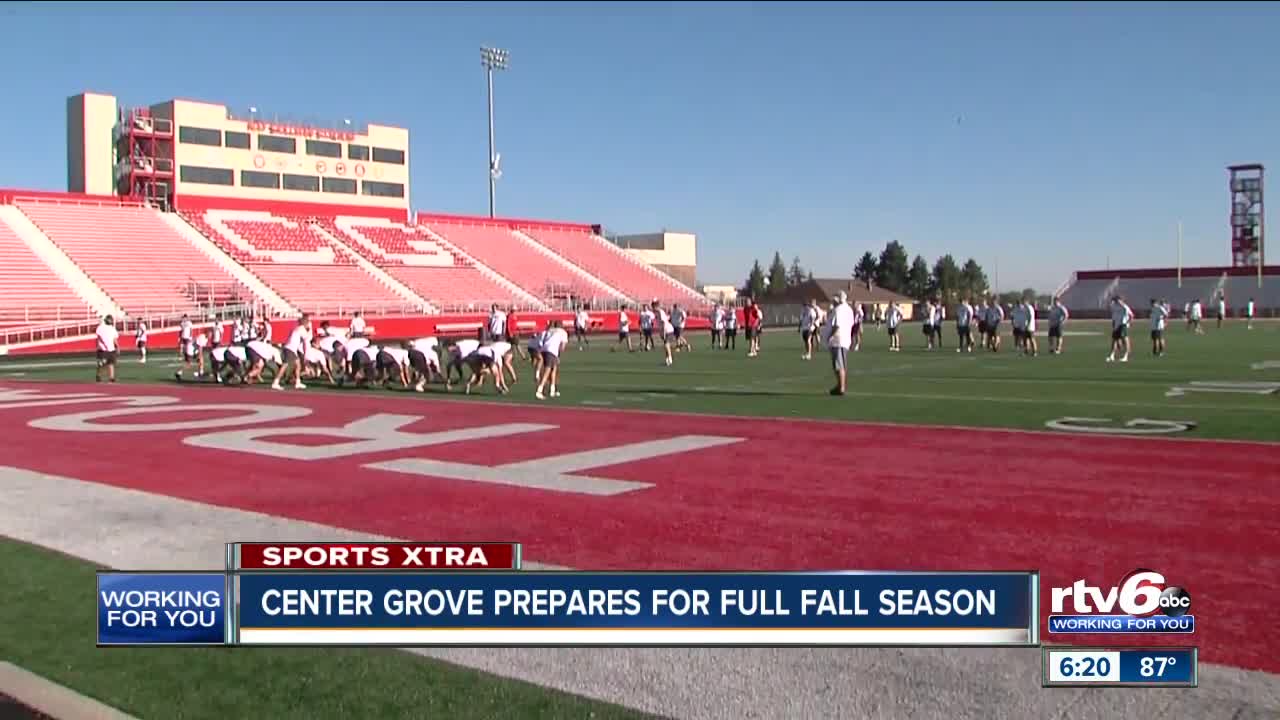 You better get up early to beat Center Grove to the practice field. Trojan workouts being at 8 a.m. But, expectations for this group have seemingly come even earlier.

"This team on paper is the best team we've ever had," Eric Moore, Center Grove football coach, said. "But, we had a 15-0 team that was pretty good so we can't say that they're better than them, yet."

Head coach Eric Moore enters his 22nd season at Center Grove. He returns nearly everyone from a team that went to the state finals last fall and firmly believes they can make it back this fall.

"As a coaching staff, we tell our kids every year, 'We have the map to get there,' just trust us," Moore said. "Trust me and believe in us and it can happen."

But the question is, will they have that chance? Like so many programs around the state, pandemic uncertainty appears to be the only cloud in the blue skies of the offseason.

"We take temperatures in the parking lot and make sure nobody gets on the campus that's not well," Moore said. "A lot of hand washing, kids bringing their own stuff. It's like the little league football days except their moms aren't sitting around."

Like the game itself, there are sides. Moore is a father, husband, son, and mentor. But also a coach that sees how hard his players have worked.

Carson Steele is one of the best running backs in the state. Tayven Jackson is a rising star at quarterback.

Center Grove routinely cleans equipment. Players bring their own towels and water bottles, but the debate still rages at a higher level — to play or not.

"I think all of the coaches just want to be told off or on. We're cold or hot, there's no warm in the middle," Moore said. "Let's either play or not play and be done. I think we need to give this a chance."

At this point, there are as many options as a wing-T formation, but ultimately, hoping fall football doesn't become the fall of football.

"The frustration in this is playing it out. You take what you can get," Moore said. "The thing about it is you can't keep young kids at this age in this middle area. They can't concentrate that way. Let's go. Let's go to school and let's play football."

Playing out a season. Worth getting up for.