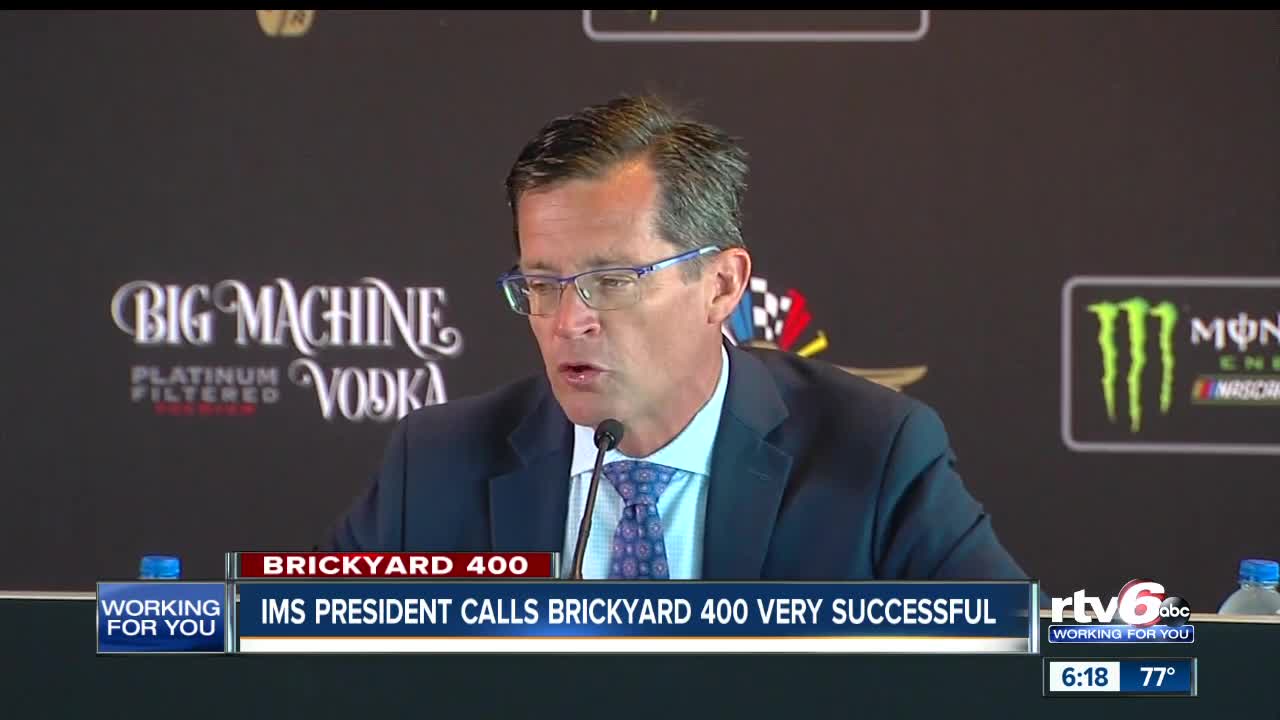 INDIANAPOLIS — The Indianapolis Motor Speedway is gearing up for another big race weekend as NASCAR comes to town for the Brickyard 400.

New this year, qualifying and the race will both be held on Sunday. Qualifying will begin at 10:35 a.m. before the green flag flies at 2:25 p.m.

IMS president Doug Boles took some time to put attendance figures for the race in perspective. He said total attendance will be well north of 50,000, which was the number of tickets that were sold as of a couple weeks ago.

"This is an unbelievably successful event. It's important to our economy, it's important to our city, and frankly it's important to the Indianapolis Motor Speedway and our relationship with NASCAR," Boles said. "So while we oftentimes compare ourselves to the world's largest single-day sporting event, which we are really proud to host here at the Indianapolis Motor Speedway, it's sometimes becomes a double-edged sword because people expect every time we open the gates here to have the world's largest single day sporting event, and that's just not it's just not possible."

Boles said the Brickyard 400 is still one of the largest-attended NASCAR events, but it gets lost in the magnitude of the Indianapolis Motor Speedway.