In 1998, the Indiana Pacers almost ruined 'The Last Dance' for the Chicago Bulls 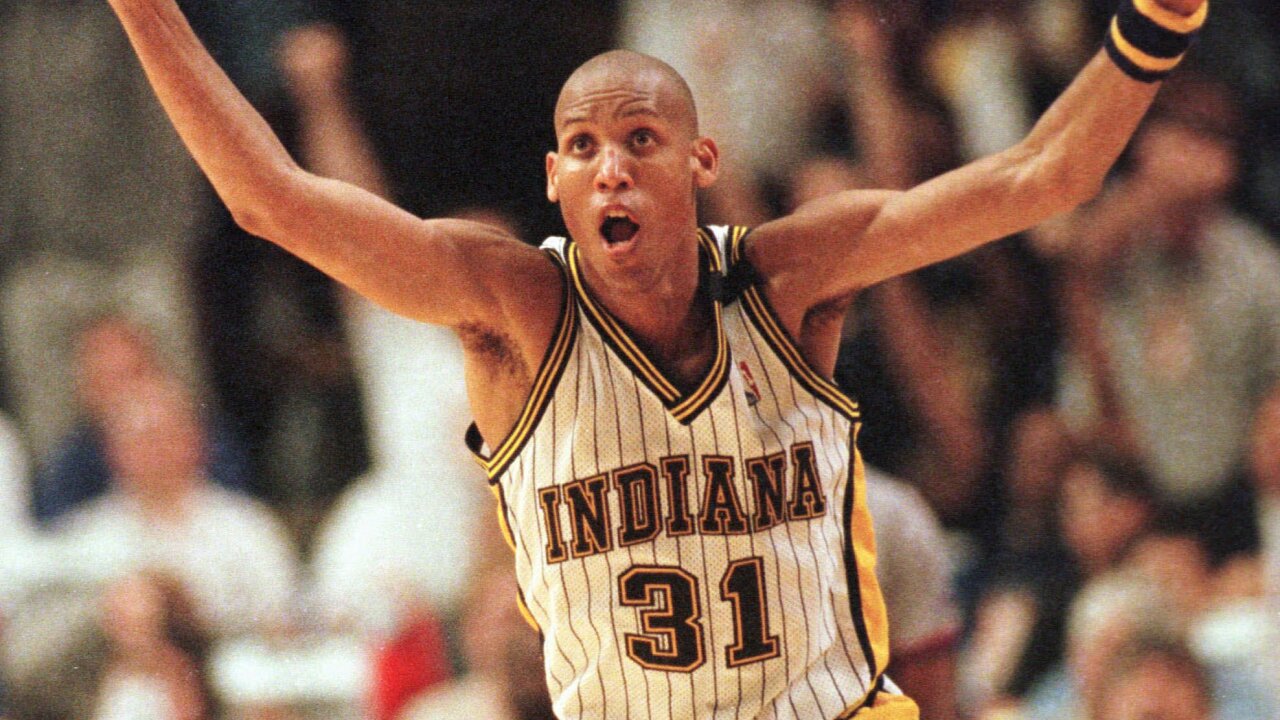 INDIANAPOLIS — The 1997-98 Indiana Pacers were good. Really good. They knew it. The Chicago Bulls knew it, too.

It's been 22 years since the Pacers nearly spoiled "The Last Dance" for the Michael Jordan and Bulls, and now the story will be re-told.

The final two episodes of ESPN's 10-part series on the 1997-98 Chicago Bulls begin at 9 p.m. Sunday. In a preview video, Jordan said the Pacers, who took Chicago to seven games in the Eastern Conference Finals before losing 88-83 in Game 7, pushed the Bulls the hardest.

It was only the second time Jordan's Bulls had played in a seven-game series since their first championship in 1991.

“If I had to pick a team that gave us the toughest time in the East, you know, Indiana was probably the toughest, outside of Detroit,” Jordan said.

In Larry Bird's first season coaching the Pacers, the veteran team led by Reggie Miller, Rik Smits and Mark Jackson won a then-franchise record 58 games and easily defeated the Cleveland Cavaliers and New York Knicks in the first two rounds of the NBA playoffs before meeting the Bulls.

"It was our best opportunity to win a championship," Bird told "The Last Dance" producers.

Bird's players knew they had the talent and depth to send Jordan into retirement.

“We were confident that we can dethrone the Bulls,” Pacers guard Jalen Rose said. “We felt like we were just as versatile. We had Rik Smits, the 'Dunking Dutchman.' Mark Jackson, one of the greatest assist guys the league has seen. We had the Davis brothers. Chris Mullin, one of the sweet-shooting players of all time. Reggie Miller, our hall of famer. We got a squad.”

The Pacers lost the first two games in Chicago before heading back to Market Square Arena where they evened the series with a pair of two-point wins, including in Game 4 when Miller hit a game-winning 3-pointer in one of the signature moments of his career.

The Bulls took Indiana to the brink of elimination with a 106-87 Game 5 win in Chicago. However, the Pacers returned home and forced a winner-take-all seventh game with a 92-89 win in Game 6, in which Jordan stumbled and lost the ball on a drive to the basket in the final seconds.

In Game 7 at the United Center, the Pacers punched first by taking a 20-7 lead midway through the first quarter. Chicago recovered and the game went back-and-forth until the fourth quarter.

With 5:50 remaining, Antonio Davis made a jump shot to give Indiana a 79-77 advantage. It was the last lead the Pacers would enjoy as the Bulls ended the game on an 11-4 run to win the series.

The Pacers lost and Chicago went on to beat the Utah Jazz and win their sixth NBA championship, but the Bulls players never forgot how close they came to seeing the dance end early.

“That series with Indiana was the hardest playoff series we had," Bulls center Bill Wennington said. "They were big, they were strong, they were physical.”