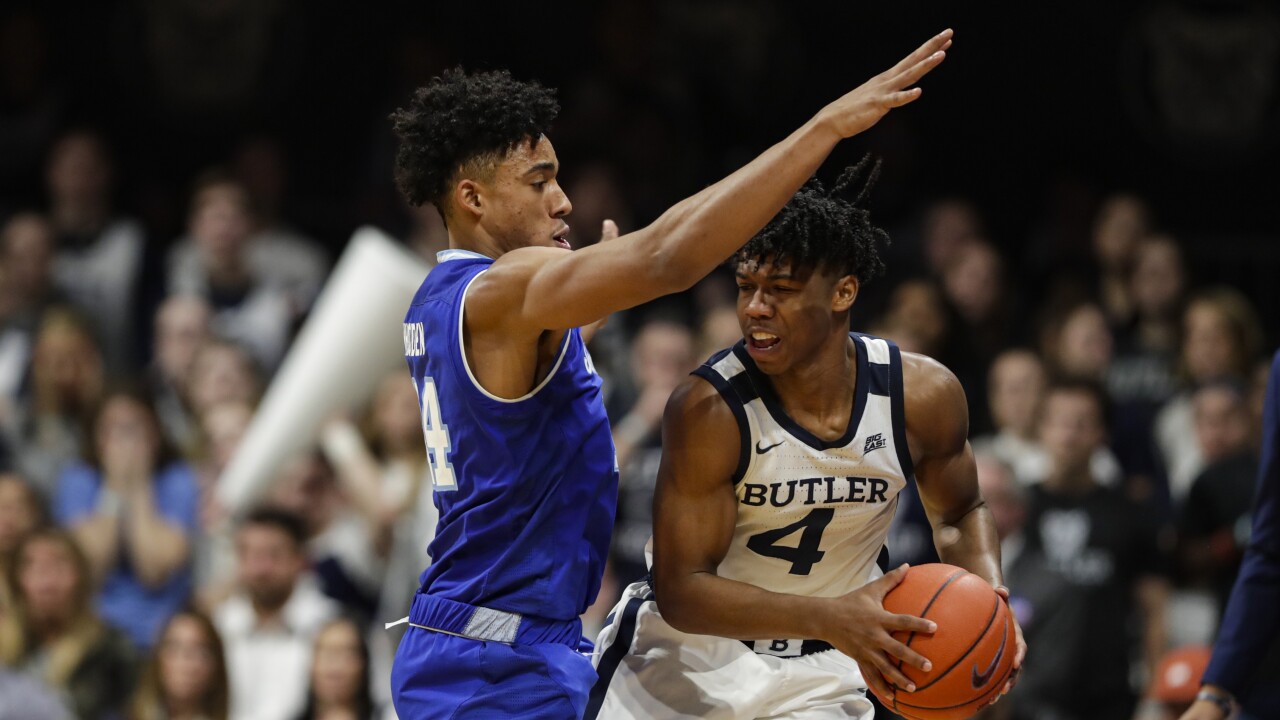 INDIANAPOLIS — Butler couldn't duplicate its first half performance in the second half and lost for only the second time this season, 78-70 to Seton Hall.

In a battle of Big East heavyweights, Seton Hall left Hinkle Fieldhouse with a 5-0 conference record to Butler's 3-1.

The Bulldogs, ranked fifth in the nation, got off to a slow start but led by ten at halftime.

In the second, the Pirates chipped away at the Butler lead and went up by six with 5:30 to play.

Butler came back and led by one with less than four minutes to go. But a three-pointer by Seton Hall's Jared Rhoden with 42 seconds left was the difference-maker for the Pirates.

Myles Powell, who averages 21 points-per-game for Seton Hall, had 29 against Butler. The Bulldogs were led by Kamar Baldwin with 19.

The Pirates, ranked 18th, are now 13/4. Butler is 15-2 following its first home loss of the year and travels to Chicago Saturday for a game with DePaul.